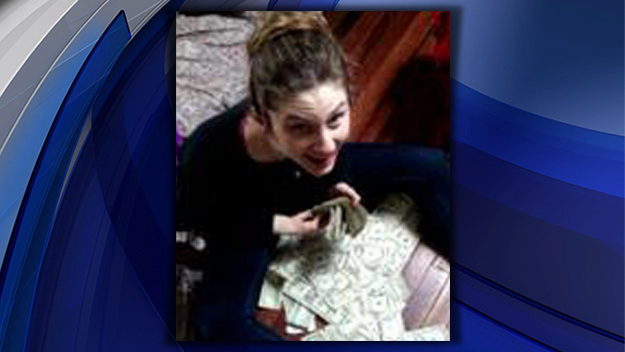 NEW YORK -- Many people consider what they would do if they were to suddenly become rich, but what would you do if there was a moral dilemma attached to your new found riches?

As CBS 2's Don Champion reported, it has been several weeks and roommates Reese Werkhoven, Cally Guasti and Lara Russo are still shocked by what they found hidden in their couch.

"We were just really freaked out by it," said Werkhoven.

"When we were in the bedroom our neighbors thought we won the lottery or something cause we were just screaming," Guasti said.

In April, after watching a movie, the trio said they felt crinkles in two side pillows built into their couch, which they had bought from a nearby Salvation Army in New Paltz, N.Y. about two months earlier.

"It had these bubble wrap envelopes, just like two or three of them. We ripped them out and was just like freaking out, like and inch and a half of hundred dollar bills," Werkhoven said.

And it wasn't just a little bit of money. So they eagerly counted it, taking pictures along the way. In all the money totaled $41,000.

"You keep counting more and more money and you get excited, like Reese was thinking about buying a car for his mom and a boat," Russo said.

The excitement was short lived though when they found one envelope with a woman's name on it.

"The entitlement very quickly went away with finding that notice with her name on it. Because we didn't earn that money," Guasti said.

With the help of Werkhoven's mother, the group was able to find the woman the money belonged to. They called her and returned the cash.

The friends said the elderly woman, who wanted to remain anonymous, told them she had stashed the money in the couch for years and that family members who didn't know had mistakenly donated the couch.

"This was her life savings and she actually said something really beautiful like 'this is my husband looking down on me and this was supposed to happen,'" Guasti said.

"I think it's just that anyone can do good if they will themselves to it," Werkhoven said.

"I think it went the way it should and to be honest I don't think about it that much," Russo said.

The trio said they don't regret doing the right thing. In fact, they hope to have dinner with the family they returned the money to.

As a reward, the elderly woman gave the roommates $1,000.