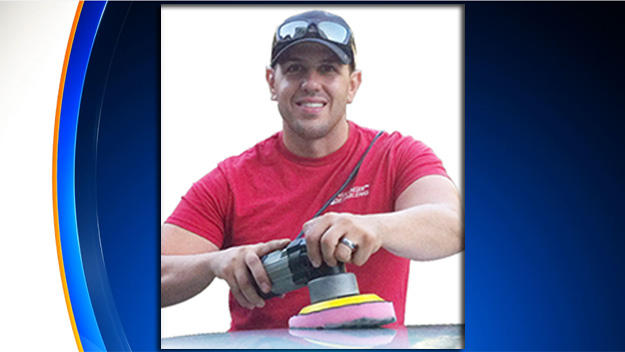 WANAQUE, N.J. --  A man died after jumping off a highway bridge with his two toddler sons in his arms, yet the boys survived the 100-foot plunge into a wooded area and are expected to make a full recovery.

Police said it began at Spincken’s home in Pequannock around 7 p.m. Monday when authorities received a frantic call from Spincken’s wife saying that the couple was quarreling and he was threatening to harm their little boys.

“The officer spoke with the wife and determined that he had made some threats against the children and they found those threats to be credible right away,” said Pequannock Police Capt. Christopher DePuyt.

Investigators say Spincken took the children, ages 1 and 3, and drove off in a white SUV. Police were soon able to track his sport-utility vehicle by his cell phone’s GPS signal, tracing him to Wanaque in Passaic County.

Spincken was holding the boys, ages 1 and 3, when he leaped from the Wanaque Bridge on Interstate 287 on Monday night, state police said. He was pronounced dead at the scene; the boys were found nearby, near the Wanaque River, police said.

“When the officers found the children conscious and alert it was nothing short of a miracle, that’s for sure,” Pequannock Township police Capt. Christopher DePuyt said on Tuesday.

Spincken’s actions appear a far cry from the smiling man who, on social media, called fatherhood the “best feeling in the world” and described the panic and then relief that washed over him moments after a health scare threated his younger son’s life.

“You see, we all have good days and bad days but at the end of the day we are BREATHING! Do not take life for granted, you never know when you will take your last breathe,” he wrote.

The vehicle was found parked on the shoulder of the southbound lane of Interstate 287 on an overpass bridge.

Police said Spincken somehow managed to get on the other side of an eight-foot fence, jumping from the bridge with the two children and landing on the forest floor.

“It’s about 100-foot drop,” DePuyt said. “They found all three of the victims within close proximity of each other.”

The fence is there for a reason, neighbors said.

“The bridge that he jumped off of – it’s known for suicide jumpers, and that’s why they put that high fence on it,” said neighbor John Wisniewski. “It didn’t have a fence before. It was just regular concrete.”

It is surmised that Spincken climbed onto the roof of his vehicle in order to clear the fence.

Police said Spincken was dead beneath the bridge. The boys were injured, but conscious and were taken
to the hospital. Police believe tree branches helped cushion their fall, WCBS 880’s Sean Adams reported.

“When the story was being relayed to me, I was expecting the worst ending possible,” DePuyt said. “It was a miracle and then it was a prompt and professional response.”

The boys’ survival was blessed news for their frantic mother.

“Beautiful children,” said neighbor Sandy Oddo. “The mother was, you know, a very loving mother. It’s so sad what happened.”

The family is new to the area — the tidy Pequannock home was purchased last summer for $589,000, CBS New York reported. Their next door neighbors saw nothing amiss.

“They moved from West Milford. Great guy — I talked to him all the time,” said neighbor Abe Balasis.

When asked how he squared his first impressions with what happened, Balasis added: “Something really had to go wrong. They looked loving; they looked – you know, they really did, you know, but you just don’t know what goes on behind closed doors; you know, you just don’t.”

Indeed, on social media, Spincken presented a benign face to the world – as a doting father and devoted husband. But something went terribly wrong.

Spincken ran a car detailing and cleaning business. His work van was still parked alongside the family’s two-car garage on Tuesday.

CBS New York has learned that Spincken was under severe financial strain with his business. State records show Spincken recently settled a $26,000 lien for unpaid taxes.

In 2003, Spincken did a brief stint in jail for a domestic violence incident and unlawful possession of a pellet gun.

Astrid Martinez, a high school friend who now anchors the news in Atlanta, posted on Facebook: “John was a funny, handsome guy, beautiful wife and children… a relatively normal functioning human being does not decide to kill themselves and their children unless they are suffering.”

The incident cast a long shockwave. A member of an outreach group from Kean University drove 40 minutes to leave a package for mother and the two children when they return from the hospital.

“It’s just such a tragedy. We don’t have enough mental health services available in the state of New Jersey,” said Kean University professor Dr. Norma Bowe. “I don’t know what happened with this family. I can’t even imagine. But such a tragedy for the family, the two children, the mom — and now they have to move forward with this history.”

The package contains two teddy bears one for each boy, although it was unclear Tuesday when they would be coming home.

The boys, whose injuries weren’t disclosed, were hospitalized in fair condition on Tuesday.

“I was expecting the worst outcome when I arrived at the scene, and I was amazed last night and even this morning on the condition of the children,” DePuyt said.

The 37-year-old, who was from Pequannock, was listed as the owner of an auto detailing company. He listed family, health and cars among his interests on his Instagram account and shared pictures of his young family on Facebook.

A young boy is shown hitting baseballs in one video, and, in another, Spincken holds his son on his lap as they pretend to drive together.

“Not a day goes by that I don’t feel grateful and appreciative,” Spincken wrote in comments on a collage he posted in August of his boys.

Police were trying to gather more information and better understand what may have triggered Spincken, DePuyt said. Investigators had not been contacted by anyone who had previous concerns about Spincken, and township police did not have a history of any contact with the family, which previously lived elsewhere in the state, he said.

Spincken pleaded guilty in 2003 to violating a domestic violence restraining order. Additional information about that case was not available.

Neighbors were in shock at the news and said that nothing seemed amiss.

“Something really had to go wrong. They looked loving. They really did,” neighbor Abe Balasis told reporters.

A community group from Kean University came to the family’s home to leave teddy bears for the children.

“A lot of people know about mental health issues, and they wanted to reach out do something right away for the family,” said Kean’s Dr. Norma Bowe.