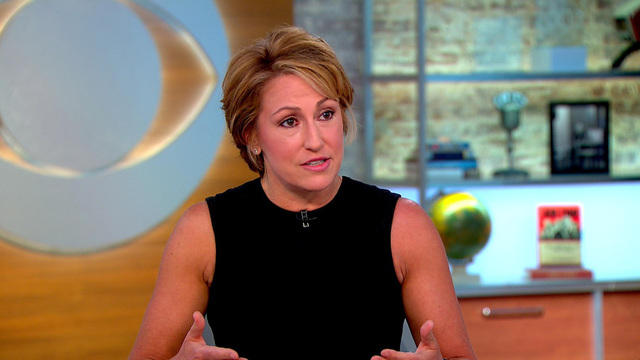 Nearly two years after taking tremendous heat for the rising cost of EpiPens, pharmaceutical giant Mylan is making strides in the fast-growing market for biosimilars. Biosimilars are potentially cheaper alternatives to already-approved biologics – products that contain living material and are much more complicated to replicate than chemically synthesized drugs.

"We'll be launching our biosimilar to Neulasta in the coming weeks at a significant reduction. Double-digits reduction," Bresch said.

Her comments comes as Congress is looking at remedies for the high cost of prescription drugs. Health and Human Services Secretary Alex Azar testified to a Senate committee Tuesday morning about the White House's plan to lower prices.

"I would say that many of the things outlined in his blueprint are administrative actions. So these aren't things that would take a long period of time. There are things that certainly Secretary Azar, through HHS and administrative powers, that they could absolutely bring transparency," Bresch said. "We have zero ability to know when you walk up to that pharmacy counter what a product is going to cost – any product. And the reality is every time you go to fill the prescription, it could cost something different depending where you are in your deductible."

"When we're talking just about pharmaceuticals, I think that as the president has talked about a blueprint for how do we make it market-based and how do we bring transparency and I think that that would bring tremendous savings to patients," Bresch said.

Mylan was at the center of criticism in 2016 over rising drug costs when it increased the price of EpiPens, the life-saving injector for allergies, by nearly 500 percent over seven years. CBS News coverage generated public outrage and led to a congressional investigation.

"Since then, I would say over these last couple of years, my commitment was to continue to talk about the system and that EpiPen was actually a window into the broken system and not working for patients today. And I think that conversation has evolved tremendously especially given the president's blueprint that came out over the last couple of weeks," she said.