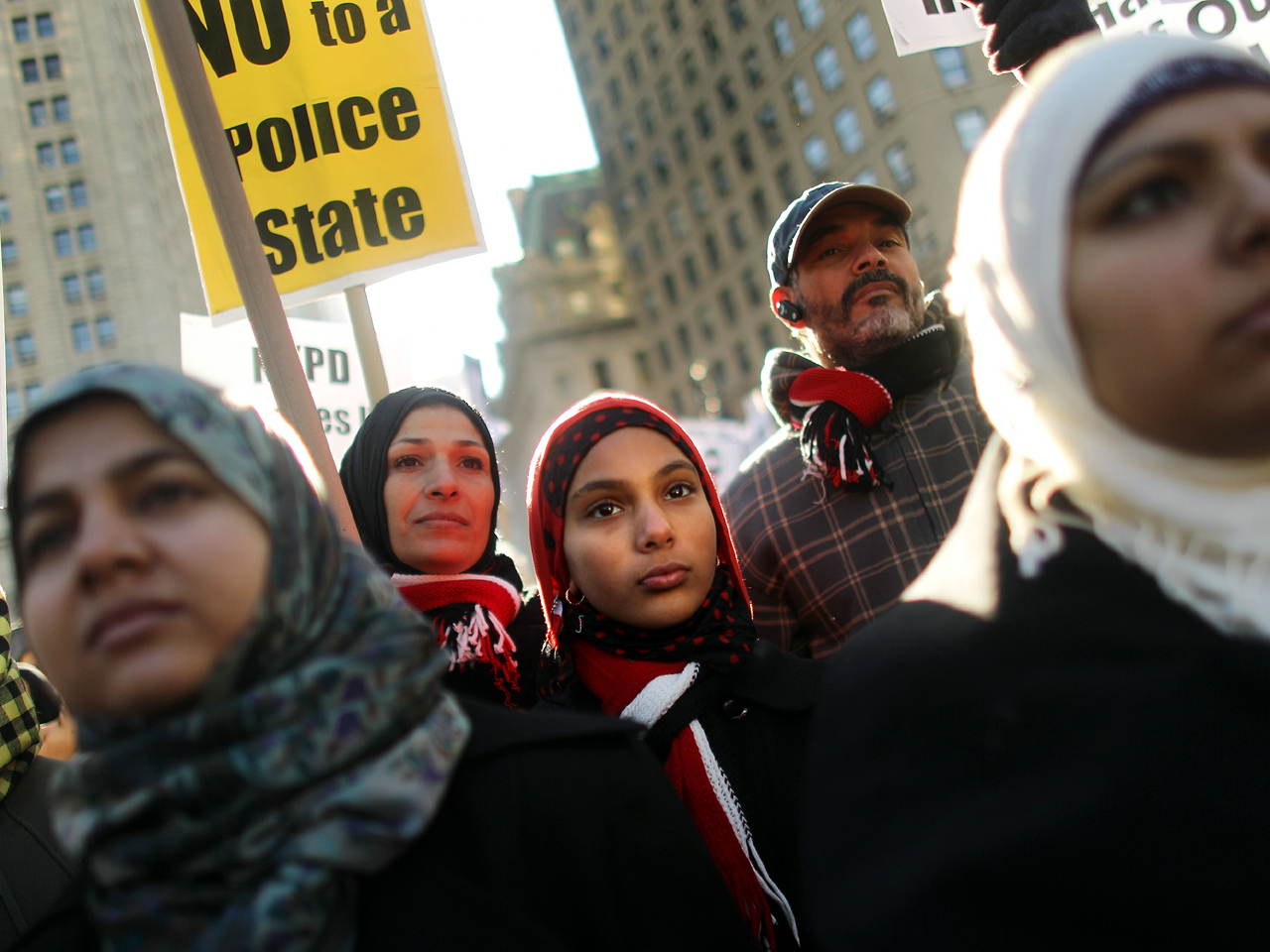 NEW YORK - Hundreds of Muslims prayed in lower Manhattan and planned a march on New York Police headquarters Friday to protest a decade of NYPD spying inside Muslim neighborhoods.

After spying, Muslim distrust of NYPD grows
Law on NYPD's side in Muslim intel program?
NYPD monitors Muslims who change their names

The traditional Friday call to prayer echoed off the cold stone of government buildings as people, bundled in winter clothes, knelt in prayer on a blue tarp.

"We are unapologetically Muslim and uncompromisingly American," imam Talib Abdur-Rashid told the crowd of about 500 gathered in Foley Square, not far from City Hall and local courthouses.

To Mayor Michael Bloomberg and Police Commissioner Raymond Kelly, he added, "We want for you to respect us and we will respect you."

"Had this been happening to any other religious group, all of America would be outraged," said Daoud Ibraheem, 73, a retired graphic artist from Brooklyn.

Many of these programs were built with the help of the CIA as part of an unusually close collaboration that is now the subject of an internal CIA investigation.

"There's a wrong that we have all been made aware of," said Abdur-Rashid, of the Mosque of Islamic Brotherhood.

He said it was no secret that police have been watching mosques. But the news that the NYPD was monitoring everything from Islamic schools to restaurants was unacceptable.

"We're peaceful people," said Dalia Nazzal, 18, a freshman at the City University of New York, the target of police infiltration. "We don't deserve to be under surveillance."

Mohamed Mahmoud, 40, the owner of a Brooklyn printing shop, said he knew several people who had been approached by NYPD officers trying to recruit them as informants.

"They think that all Muslims are criminals, and it's not right," he said.

Messages seeking comment from the NYPD were not immediately returned. A dozen or so uniformed police officers monitored the protest, watching in small clusters from around the perimeter. There were no clashes between protesters and police.

The protest was joined by about 50 members of the Occupy Wall Street movement, who marched to Foley Square chanting "Surveillance is violence, we won't remain silent!"

Following the prayer, protesters were scheduled to march to police headquarters, calling for an end to the surveillance.

Protesters carried signs that said "NYPD Watches Us. Who Watches NYPD?" and "NYPD/CIA: Hands Off Our People."