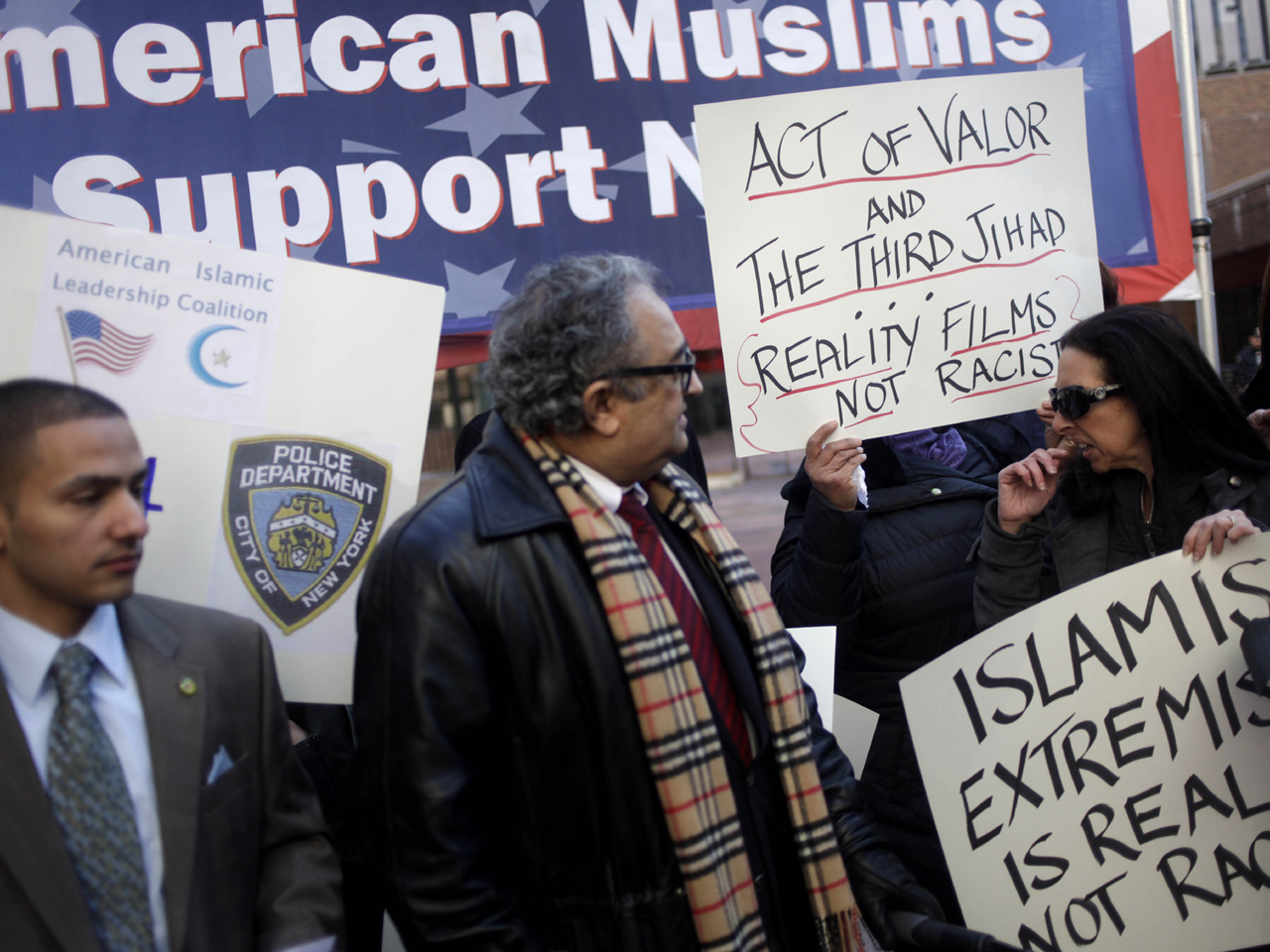 (AP) NEW YORK - Qazi Qayyoom, an imam in Queens, says he believes the New York Police Department is keeping his community safe, and if that means some Muslims are monitored, so be it.

"The police, they come to us and say, `Is everything OK? How can we help you?" he said Monday. "They are not trying to hurt us. For this, I want to say thank you and tell them I support them."

Qayyoom and about three dozen other people on Monday attended the first rally held by Muslims in support of the NYPD following a series of Associated Press stories detailing the police department's secret surveillance of mosques, Muslim-owned businesses and college campuses across the Northeast since Muslim extremists attacked the World Trade Center on Sept. 11, 2001, killing thousands of people.

The rally, held by the American Islamic Leadership Coalition outside police headquarters in downtown Manhattan, illustrated a division even among the faith's adherents about how far authorities should go in seeking to protect the nation's largest city from terrorists. Other Muslim groups were quick to say the coalition didn't represent their views.

Among the speakers was Dr. Zudhi Jasser, the narrator of "The Third Jihad," a documentary about the dangers of radical Islam that the NYPD showed in the lobby of a police training area and has since disavowed.

"We are not here to criticize the NYPD but rather thank them for monitoring extremists, a job that Muslims should be doing," Jasser said.

Jasser and others, including activist Manda Zand Ervin, said that the danger is clearly coming from within the Muslim community and that it's up to other Muslims to help law enforcement stop the threat. They said Muslims do not want to give up civil rights and are behind transparency in police work but it is wrong to suggest that all Muslims are somehow afraid of the NYPD, the nation's biggest police department.

"In no way do we want to be spied on," Jasser said. "But this is not about spying. This is about monitoring and public programs."

The NYPD didn't comment Monday. Police Commissioner Raymond Kelly has said he is doing everything within the law to protect the city from another terrorist attack. The department is bound under federal guidelines, known the Handschu guidelines, on how it can do certain investigations, and Kelly said the department's efforts follow them.

"Anyone who intimates that it is unlawful for the police department to search online, visit public places or map neighborhoods has either not read, misunderstood or intentionally obfuscated the meaning of the Handschu guidelines," Kelly said at a weekend breakfast.

Kelly planned to meet with Muslim leaders on Tuesday, said Sheik Moussa Drammeh, who received an invitation by phone. Drammeh, founder of the Islamic Leadership School in the Bronx, said he wasn't sure what the meeting would be about.

Omar T. Mohammedi, president of the Association of Muslim American Lawyers and a non-salaried commissioner on the city's Commission on Human Rights, said he was invited to the meeting but decided not to go.

Mohammedi, who was not speaking on behalf of the commission, said he did not know the meeting's agenda or purpose.

Several other Muslim leaders were invited, but it was unclear how many would attend. The police department on Monday didn't comment on the meeting.

The police department has been criticized by many civil rights groups and politicians who say its surveillance efforts go too far. Several other rallies have been held in the past months by other Muslim groups that drew hundreds of people to protest the NYPD's tactics. Each side says it's not being accurately represented by the other.

Critics of Monday's rally pointed out that there were few people in attendance and that "The Third Jihad" had been described even by city officials as "over the top."

"The few misguided individuals that showed up in support of the NYPD today do not speak on behalf of Muslim communities," said Amna Akbar, a lawyer with the City University of New York School of Law's Creating Law Enforcement Accountability & Responsibility program. "Through know your rights workshops, rallies at Foley Square and Wall Street and calls for federal, state and city investigations, Muslim communities have been loud and clear that the NYPD's surveillance policies are unwarranted, dangerous and divisive."

Linda Sarsour, a member of the Muslim American Civil Liberties Coalition, said she objected to the idea held by some speakers Monday that Muslims opposed to police surveillance were "radical."

Far uptown from police headquarters, a line of yellow cabs was parked outside the Islamic Cultural Center of New York, where many of the men who stopped to pray Monday were taxi drivers. Janitor Yasin Mansoer said the NYPD surveillance of Muslims is "terrible."

"It's totally wrong," he said. "I know there's a security situation in this country, but you can't suspect everybody."

Some politicians have lauded the police department's efforts, while others have demonized them. U.S. Rep. Peter King, chairman of the Homeland Security Committee and a resolute supporter of the NYPD, said the NYPD deserved a medal and other police departments should mimic its counterterror efforts.

"No one is doing more to stop terrorism than the NYPD," said King, R-N.Y. "It's the job of the police department not to pick up the bodies after the attack has been launched and carried out but to stop those attacks from happening."

The NYPD's efforts included operations in New Jersey's largest city, Newark, where Democratic Mayor Cory Booker and his police director last month said the NYPD misled them, telling them only that it was going into the city as part of a terrorism investigation, not that their entire Muslim community was under scrutiny. New Jersey Gov. Chris Christie, a Republican, has lambasted NYPD officials as being arrogant and unwilling to work with other law enforcement groups.

When asked about the criticism by Christie, King said he thought the problem could be resolved easily.

"All of us should be on the same team," King said. "In virtually every instance, Commissioner Kelly had provided full information to New Jersey. I think this is a matter that can be resolved."

"Someone should ask Congressman King if he opposes law enforcement agencies coordinating with each other," Christie said.

King also criticized media reports, saying the AP and The New York Times were slanderous and failed to show both sides of the issue.

The AP said it was "proud" of its coverage of the NYPD spying story.

"The AP's job is to provide information so that the public can judge its value and respond accordingly," AP spokesman Paul Colford said. "That is how a democracy works."

At Monday's rally in support of the NYPD, some people said they went to show there are many faces to the Muslim community. Mohammed Hai, a business owner from Long Island, said he wants everyone to know that the extremists don't represent all Muslims.

"We are the real Muslims," he said. "We are peaceful people."

Qayyoom, who's from Bangladesh, said his friends and relatives aren't bothered by the NYPD's tactics, especially because they were used to much worse in their native countries.

"What we experience here," he said, "is freedom."