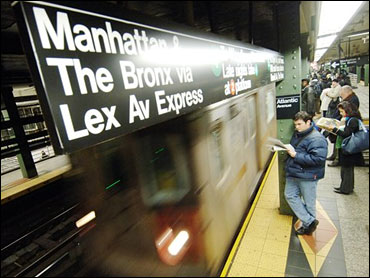 A suspected bias attack on four Jewish subway riders in New York City has resulted in a friendship between the Jewish victims and the Muslim college student who came to their aid.

Walter Adler is calling Hassan Askari a hero for intervening when Adler and three friends were assaulted on a subway train in lower Manhattan on Friday night.

The altercation erupted when Adler and his friends said "Happy Chanukah" to a group yelling "Merry Christmas" on the Brooklyn-bound train.

Adler told the New York Post that one of his attackers rolled up his sleeve to display a tattoo of Jesus Christ.

The 20-year-old Askari, who suffered two black eyes, said he tried to fight off the 10 attackers, giving Adler a chance to summon police by pulling an emergency brake.

"I did what I thought was right," said Askari, a student at Berkeley College in Manhattan, who was allegedly punched and beaten. "I did the best that I could to help."

Eight men and two women have pleaded not guilty to assault, menacing and other charges in the case. Prosecutors have said the charges could be upgraded to hate crimes.

The Post said two of the suspects had been charged with hate crimes in the past.

"That a random Muslim kid helped some Jewish kids, that's what's positive about New York," said Adler, 23, who suffered a broken nose and a lip wound.