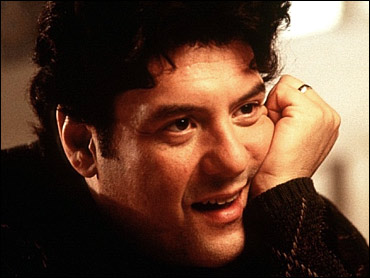 Robert Pastorelli, who played the screwball housepainter Eldin on "Murphy Brown," was found dead in his Hollywood Hills home in what the coroner's office said may have been a drug overdose. He was 49.

Coroner's office Lt. Ed Winter said Pastorelli's body was found by his assistant Monday in a bathroom. An autopsy was planned.

"It's a possible accidental death," Winter said, adding, "There was drug paraphernalia found."

On CBS' "Murphy Brown," he played Eldin Bernecky, an oddball housepainter for TV newswoman Murphy Brown, played by Candice Bergen. Eldin's work never seems to get done because of his high artistic standards. He spends much of his time meddling in Murphy's life, often dispensing sage advice.

Pastorelli finished work with John Travolta last month on the movie "Be Cool," the sequel to the comedy "Get Shorty." He played a hit man.

"I am still unable to grasp this tragic news," said "Be Cool" director F. Gary Gray. "Robert was a true professional and a total delight to work with. My heart goes out to his family, and he will be sorely missed."

Pastorelli, born in New Brunswick, N.J., was an aspiring boxer in his youth. But a near-fatal car crash on his 19th birthday ended his dreams of a pro sports career.

Pastorelli stayed with "Murphy Brown" from 1988 to 1994, dropping out when the sitcom's creator, Diane English, left.

"The fourth and fifth year were different," he told Parade magazine in 1997. "It stopped being fun, so I knew I had to move on. If I had stayed, it would have been only for the money, and that's not what acting is all about."

Pastorelli had a brief run as a drama series star: He played a police psychologist in the ABC series "Cracker" in 1997-98.

In 1999, his girlfriend, Charemon Jonovich, 25, was found fatally shot and her death was investigated by police as an accident. The couple had a daughter.