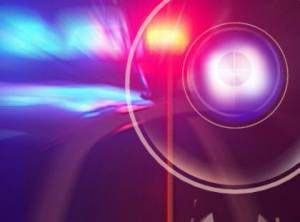 The murders of Brittany Stergis, 22, and Betty Skinner, 52, do not appear related and haven’t been labeled hate crimes, Cleveland Police spokesman Sgt. Sammy Morris tells CBS News’ Crimesider. However, advocacy group Buckeye Region Anti-Violence Organization (BRAVO) released a statement saying Stergis and Skinner may have been targeted “based on others' perception of their gender identity and expression.”

Stergis, identified by the Cuyahoga County Medical Examiner's Office as Laron Kidd, was found shot in the head Friday inside her car, which was parked at a Cleveland public housing facility, reports the paper.

A day earlier, another Cleveland transgender woman, Betty Skinner, was found dead in her bed in an apparent homicide, reports the paper. Skinner, who suffered head injuries, was reportedly a disabled resident of a Cleveland senior apartment complex.

Skinner legally changed her name from Brian Skinner in 2002, reports the paper.

Nationally, transgender women, especially those of color, tend to face disproportionate impacts when it comes to violence and homicide, said Chai Jindasurat, co-director of community organizing and public advocacy at the New York City Anti-Violence Project.

The National Coalition of Anti-Violence Projects, of which the New York City group and BRAVO are members, tracks reported hate violence against the lesbian, gay, bi-sexual and transgender communities. In 2012, the group recorded 25 homicides targeting LGBT individuals, drawing on data from 15 anti-violence programs in 16 states.

Of those killed, 50 percent were transgender women.

In another high-profile homicide of a Cleveland transgender woman in January, Andre Bridges was reportedly convicted and sentenced to life in prison in the stabbing death of Ce Ce Dove, a 20-year-old transgender woman. Dove’s body was discovered in a pond in April.

Prosecutors said at trial Bridges became enraged after he thought he had arranged a date with a woman, reports the paper.