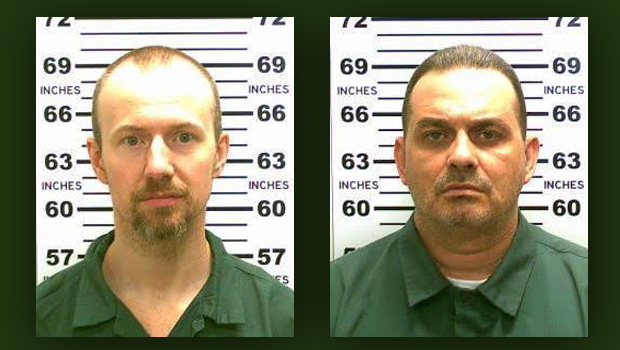 "It was an elaborate plot," Cuomo said after joining law enforcement authorities to retrace the prisoners' escape route from the Clinton Correctional Facility in the town of Dannemora in the Adirondacks.

"A search revealed that there was a hole cut out of the back of the cell through which these inmates escaped," Annucci said. "They went onto a catwalk which is about six stories high. We estimate they climbed down and had power tools and were able to get out to this facility through tunnels, cutting away at several spots."

Authorities said there are many questions including how the men acquired the tools. Annucci said prison authorities are checking to see if any power tools are missing from contractors at the prison.

Maj. Charles E. Guess of the state police said more than 200 officers from multiple agencies were searching for the inmates. The search included bloodhounds and aerial surveillance, he said.

Cuomo said the prison break was the first escape from the maximum-security portion of the prison since it was built in 1865.

The prison is about 20 miles from the Canadian border. Roadblocks were set up in the area, WIRY-AM reported. A spokeswoman told CBS News the Royal Canadian Mounted Police was on alert.

Sweat is white, 5 feet 11 inches, with brown hair and green eyes and weighs 165 pounds, police said. He has tattoos on his left bicep and his right fingers.

Matt is white, 6 feet, 11 inches, with black hair and hazel eyes, according to police. He weighs 210 pounds and has tattoos including "Mexico Forever" on his back, a heart on his chest and left shoulder and a Marine Corps insignia on his right shoulder.