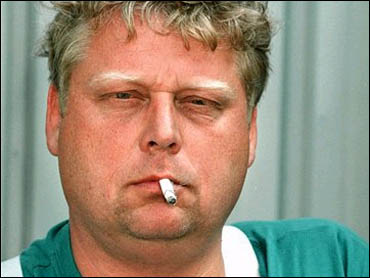 AMSTERDAM (AP) The Dutch marked the fifth anniversary Monday of the murder of filmmaker Theo van Gogh by a Muslim fanatic, a brutal killing that incited anti-Muslim anger and continues to shape politics in the Netherlands.

Van Gogh, a distant relative of the famous painter Vincent Van Gogh, was shot and stabbed on an Amsterdam street Nov. 2, 2004, setting off a spate of mosque burnings in a country once renowned for its tolerance.

The killer Mohammed Bouyeri, a Dutch-born man of Moroccan descent, said he did it because Van Gogh insulted Islam in his films. Bouyeri is serving a life sentence for the killing, which was ruled a terrorist act.

The effects of the murder were far-reaching, and Dutch debate about the integration of Muslims — who make up 5 percent of the 16 million population —continues to this day.

The murder aided the rise of Geert Wilders, an anti-immigrant politician whose party leads in recent polls.

Television stations were running documentaries and films Monday about the killing, and politicians, fans and members of Van Gogh's family were to gather at a monument in a park near the spot where he was killed.

"We learned from it," Amsterdam mayor Job Cohen said of the murder on NOS radio Monday.

He compared its effect on the Netherlands to that of the Sept. 11 attacks on the United States — noting that while the scale of destruction was different, the attackers' ideology was the same.

A dozen members of Bouyeri's circle were arrested later for terrorism-related crimes such as throwing explosives at police or plotting attacks on landmarks.

Cohen said his role has been to "just try to hold things together" in a diverse city where tensions between various groups continue to run high. "Every day it's a new challenge all over again," he said.

In the aftermath of the killing the government ordered citizenship tests for resident aliens and language tests for would-be immigrants. The latter was one of several measures intended to make it difficult for Muslim men to marry foreign brides.

The government made it a crime to not carry an ID card, and authorized police to stop people not suspected of any wrongdoing on the street and frisk them. Prosecutors and intelligence agencies were also given greater powers.

In some ways the anti-immigrant politician Wilders has tried to assume Van Gogh's mantle, creating his own provocative film, "Fitna" which linked Islam and violence.

There have been some positive developments in race relations in the Netherlands since 2004, not least because no new terrorist attacks have taken place.

Many Dutch are weary of debates over Islam, and other issues sometimes force immigration and terrorism off the front page — notably the financial crisis.

Still, public interest in any crime escalates if it involves ethnic Moroccans or Turks. And immigration issues dominate politics.

One leading story in papers Monday features allegations illegal immigrants are delaying their deportations by faking illness. Another is about a report by a government think-tank labeling Wilders a "right-wing extremist."

Wilders rejected the term, and shot back that his political opponents are "accomplices" of Bouyeri.