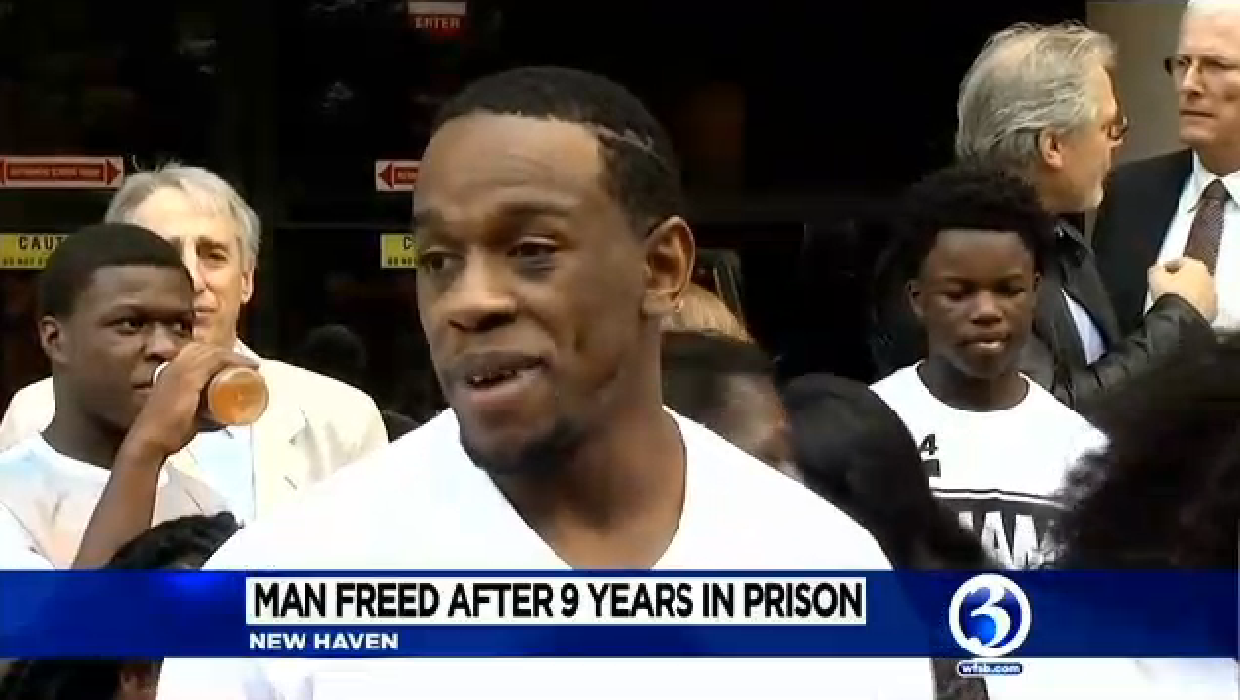 NEW HAVEN, Conn. -- A man who spent nine years in prison for a 2006 killing that his supporters say he was coerced into confessing to as a teenager with a low IQ was set free Friday after a judge vacated his murder conviction at the request of prosecutors.

Bobby Johnson, 25, was greeted and hugged by family and friends after he walked out of New Haven Superior Court.

His release culminated years of efforts to win his freedom by his lawyer, Kenneth Rosenthal, and the Connecticut Innocence Project. Rosenthal said he expects Johnson to file a wrongful incarceration claim with the state, which potentially could result in millions of dollars in compensation.

Michael Dearington, New Haven state's attorney, and prosecutor Timothy Sugrue of the chief state's attorney's office filed a motion Wednesday asking the judge to set aside Johnson's conviction. They said they were acting "in the interest of justice and fair play."

"The totality of the information developed to date, and presently available, while falling short of proof of actual innocence, has sufficiently undermined the state's confidence in the judgment of conviction," the prosecutors wrote.

Johnson was 16 when he and a 14-year-old friend were arrested for the shooting death of 70-year-old Herbert Fields during an apparent robbery in New Haven in August 2006.

Rosenthal said New Haven police coerced Johnson into confessing by telling him he was facing the death penalty and he would never see his family again unless he admitted killing Fields. Johnson had an IQ of 69 - below the threshold of 70 considered mental impairment - and broke down and cried as police questioned him and promised him probation if he confessed, Rosenthal said.

Johnson went on to plead guilty to murder and was sentenced to 38 years in prison. His friend was acquitted at trial after being detained for 18 months.

Rosenthal said police lied about having evidence linking Johnson to the killing and withheld evidence that pointed to other suspects.

Johnson did appeal his conviction but lost in state court. At Rosenthal's urging, the chief state's attorney's office agreed to reinvestigate the case and determined the conviction lacked integrity.