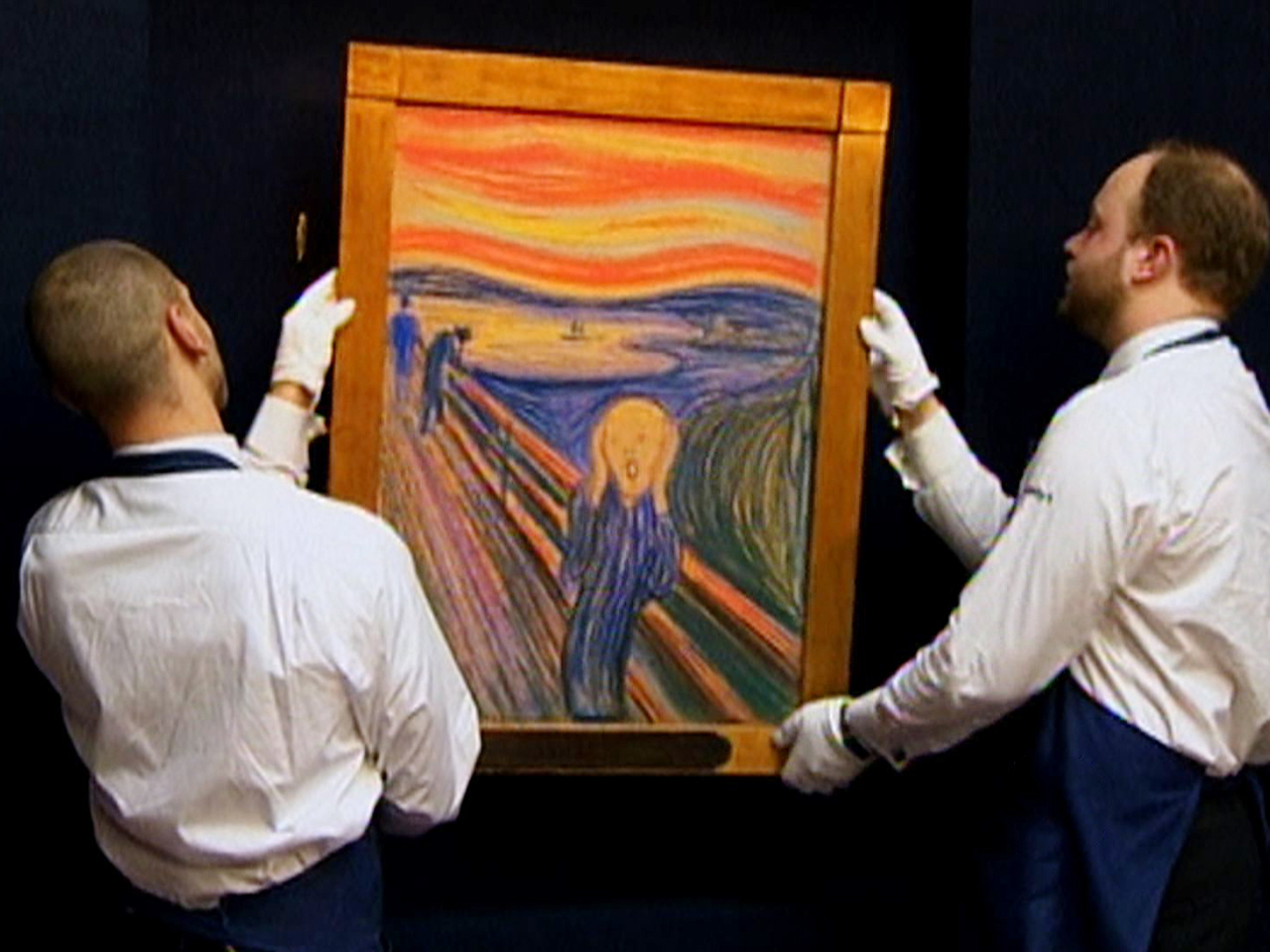 (AP) NEW YORK - Edvard Munch's "The Scream," which sold for nearly $120 million at auction, will go on view at the Museum of Modern Art in New York.

The museum announced Tuesday that the iconic image will be on display from Oct. 24 to April 29.

The painting is the most expensive artwork ever sold at auction. It was purchased by an anonymous private collector at Sotheby's in May.

Munch created four versions of "The Scream" between 1893 and 1910. This is the only one in private hands. The others are in Norwegian museums.

MoMA Director Glenn Lowry calls it "a rare opportunity" to see the artwork.

The image of a man holding his head and screaming under a streaked, blood-red sky has become a modern symbol of human anxiety.