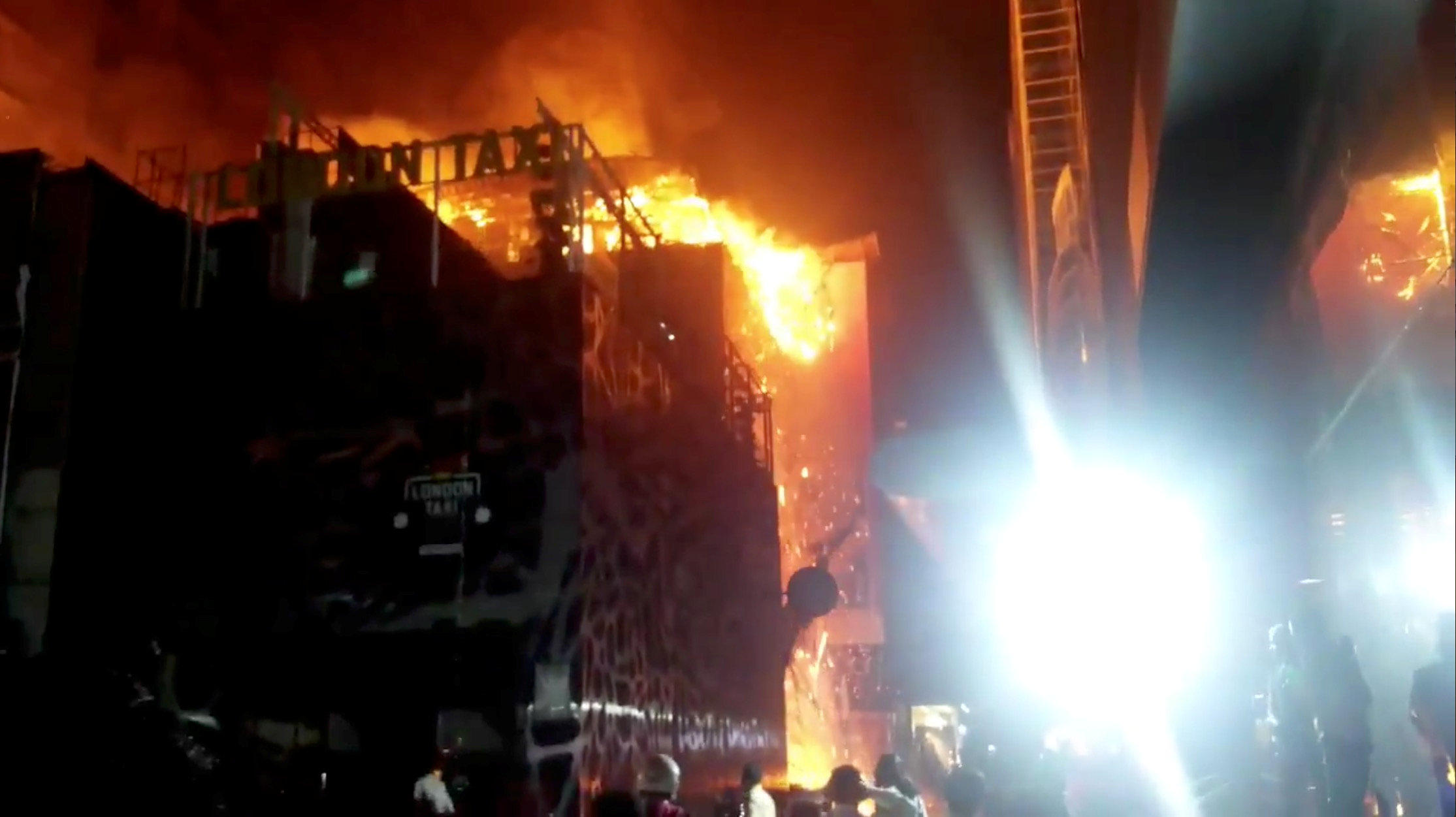 NEW DELHI -- A fire broke out early Friday in an upscale rooftop restaurant in Mumbai, India's financial and entertainment capital, leaving at least 15 dead and a dozen injured, officials said.

The TimesNow television news channel said an artificial bamboo ceiling in the restaurant burned quickly and collapsed as people tried to escape the fire. Most people died of suffocation from the smoke, it said.

More than 50 people were brought to a hospital, of whom 12 were being treated for injuries that were not life threatening, said Avinash Supe, a doctor at KEM Hospital. The dead included 11 women, fire officials said.

"There was a stampede and someone pushed me. People were running over me even as the ceiling above me was collapsing in flames. Still don't know how I got out alive,'" Mumbai gynecologist Sulbha Arora tweeted.

She said was at the restaurant when the fire started and "before we knew it the whole place was engulfed in a matter of seconds."

The building, located in the formerly industrial area of central Mumbai, houses several upscale restaurants that had moved in over the last few years to make it a popular nightlife destination, the New Delhi Television channel reported.

Babu Lal, who was celebrating his granddaughter's birthday at the restaurant, complained of poor safety standards at the crowded restaurant. "I didn't see any fire extinguishers there,'" Lal told the TimesNow television news channel. His granddaughter died in the fire, he said.

Police filed a case of culpable homicide against the owners and the manager of the restaurant. No arrests have been made.

Prime Minister Narendra Modi's tweeted: "Anguished by the fire in Mumbai. My thoughts are with the bereaved families in this hour of grief. I pray that those injured recover quickly.'"

Several TV news channels operating from the compound had to shut down broadcast, reportedly due to damage to their equipment.