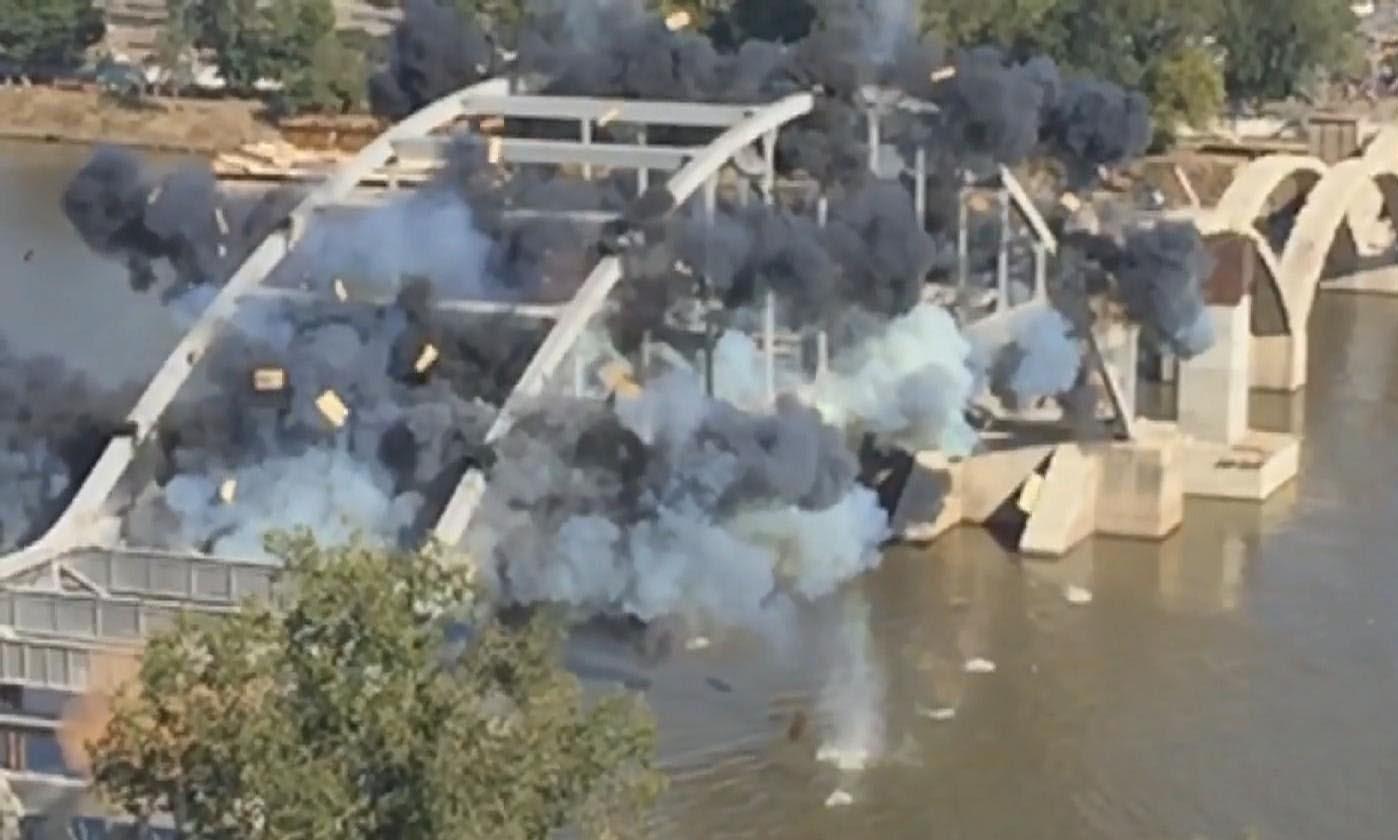 LITTLE ROCK, Ark. It turns out a 93-year-old bridge deemed structurally deficient isn’t so weak after all.

The Arkansas Highway and Transportation Division then attempted to use cables to pull the arches into the river.   After hours of attempts, the arches finally collapsed as originally planned, reports CBS affiliate KTHV.

The detonations were supposed to sever the steel arch and bridge deck and cause a controlled collapse. Three other implosions are planned during a six-month period to bring down the old bridge and put up a new one, reports CBS affiliate KTHV.

The controlled implosion was scheduled for 10 a.m. Tuesday and was planned to lower the bridge’s arches into the river.  However after the detonation, the arches remained intact and did not fall into the river.

An AHTD official said the implosion was preempted by several structural cuts into the bridge’s framework, which would then force the arches to collapse.  After using a “man basket” to inspect the cuts and the steel, AHTD determined the implosion went as planned, but without the desired effect.