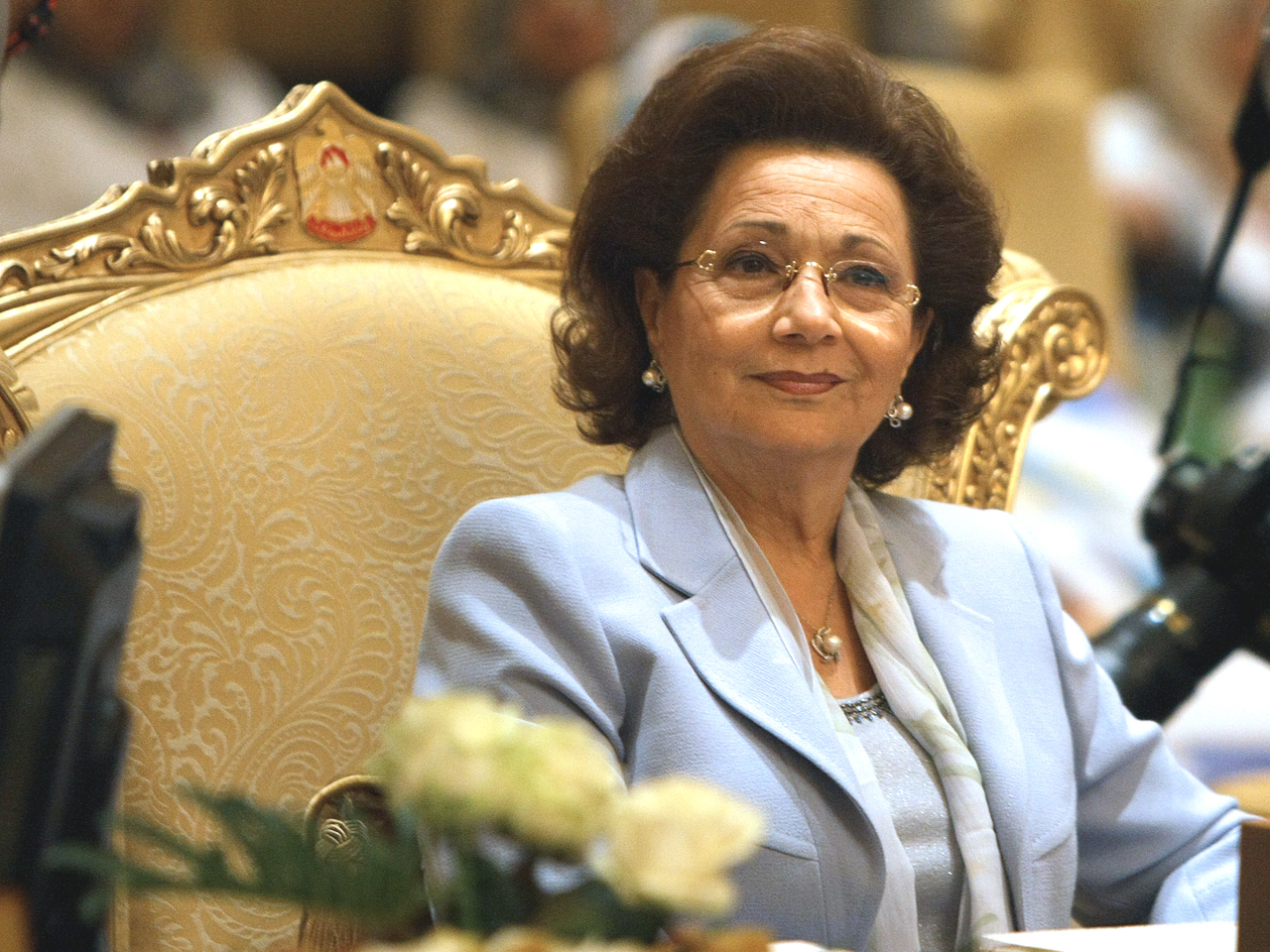 SHARM EL-SHEIKH, Egypt — Suzanne Mubarak, wife of ousted leader Hosni Mubarak, was hospitalized in the intensive care unit Friday after suffering severe chest pains upon hearing the news that she had been ordered detained on corruption allegations.

The director of the hospital said she had a heart problem and was in unstable condition at the hospital in this Red Sea resort community, where her husband also has been hospitalized.

The detention order came a day after the 70-year-old former first lady was questioned for the first time since she was accused of taking advantage of her husband's position to enrich herself. The Mubaraks and other members of the former regime have been the subject of legal efforts to bring them to trial since the ex-president was ousted on Feb. 11 after a popular uprising.

A security official said Mrs. Mubarak will remain in the hospital for the time being but was expected to be moved to a women's prison in Cairo.

Once a low-key first lady known for her focus on women and children rights, Mrs. Mubarak had in the last decade become known as a powerful mover in Egyptian politics.

She was believed to be a strong backer of her son Gamal's efforts to succeed his father as well as another son Alaa's business activities. She was known to have a say in the promotion of senior officials, and liked to be called "Hanem," or "Madam," as institutions and schools carrying her name mushroomed in recent years.

Mrs. Mubarak's detention order came as thousands of Egyptians returned to Cairo's Tahrir square, the epicenter of the 18-day uprising that led to her husband's ouster.

The protesters were rallying in solidarity with Palestinians and denounced recent Muslim-Christian violence that killed 15 Egyptians. Many accuse former regime loyalists of fanning sectarian tension. They also warned of a new sit-in at the square, criticizing the current military rulers for being too slow in uprooting old regime figures, changing laws and upholding promised democratic reforms.

Late Friday, the military rulers issued a stern warning that they will crack down on what they called "deviant groups," which they blamed for a spike in crime and violence. In apparent response to pressure from protesters, the military rulers said they will release demonstrators who have been detained without trial over the last two months and reconsider the sentences of those who have been convicted.

Mrs. Mubarak was ordered detained pending investigation into charges that she and her husband amassed vast wealth, the state news agency MENA reported. It said she was asked about 20 million Egyptian pounds ($3.3 million) held in her name in one of the Cairo banks as well as a number of luxury villas.

Mrs. Mubarak was interrogated at the hospital in Sharm el-Sheikh where her 83-year old husband, who also suffers from heart problems, has been held. Her husband has been questioned several times.

When she was told Friday that she would be detained for 15 days for further questioning, she fainted, said the hospital's director, Dr. Mohammed Fatahallah. He later said she apparently had suffered from unstable angina — severe chest pains.

He added it was the first indication of health troubles shown by Mrs. Mubarak, who has been by her husband's side at the hospital.

In the early days of Mubarak's nearly 30-year presidency, Mrs. Mubarak had limited herself to domestic charity activities. She later expanded to international causes, including human trafficking of women and children.

Unlike Tunisia's much hated first lady Leila Trabelsi, a one-time hairdresser who rose to become Tunisia's most influential woman, Mrs. Mubarak had a master's degree from the American University in Cairo and had gained the sympathy of many Egyptians on at least two occasions — when she was recovering from an illness that left her looking frail and out of the public eye and when her grandson died in 2009.

It was only in Mubarak's later years in power that stories of her incredible influence on behind-the-scenes decision-making surfaced. Protesters during the 18-day uprising blamed her for setting the country's political course.

An April 2006 U.S. diplomatic cable released by WikiLeaks said that "conventional wisdom holds that Suzanne Mubarak is her younger son's most ardent booster," citing she was often photographed at public events with Gamal and that she was said to have kept the senior Mubarak from naming a vice president.

"Her power and influence, many argue, are keys to Gamal's viability," said the cable.

It was widely believed that a televised appearance of Mrs. Mubarak to deny rumors that her husband was dying ushered in one of the heaviest crackdowns on journalists. She said in the interview in 2007 that whoever reported that should be jailed. A prominent journalist who initially put out the report was sentenced to two months for publishing "false" information.

One of Mrs. Mubarak most vaunted projects was the rebuilding of the Alexandria Library. She was questioned about allegedly abusing the funds coming to that library, as well as using her charity organizations as a front to amass wealth, Egyptian media have reported.

The Mubaraks have been staying in Sharm el-Sheikh since he stepped down on Feb. 11. She had been going back and forth between the hospital and their villa, which has an estimated value of 36 million pounds ($6 million).

A report by a financial oversight body said that the Mubarak family has numerous bank accounts in foreign and local currencies, luxury apartments and villas, and valuable land holdings. Some estimate his fortune in the tens of billions of dollars.

Last month, the country's police chief recommended that Mubarak not be moved from the hospital until his health stabilized after he also collapsed as his investigation began. In addition to being treated for heart problems, Mubarak underwent gallbladder surgery in Germany last year.

Many stalwarts of his regime — including his sons, the prime minister and the heads of parliament's two chambers — are in prison on allegations of corruption, mismanagement of state funds and firing on protesters.