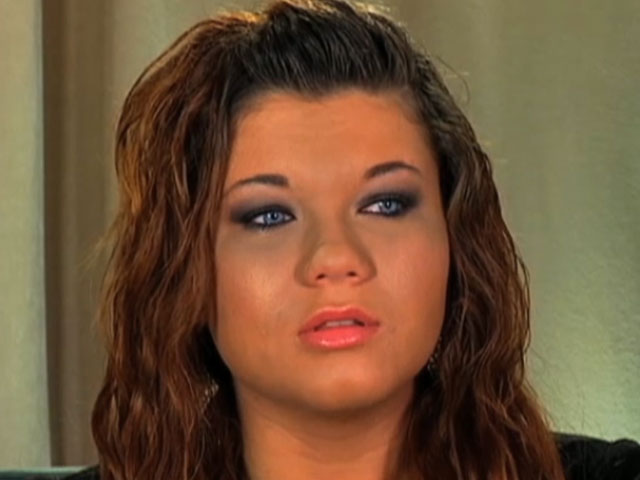 INDIANAPOLIS (CBS/WISH) MTV "Teen Mom" Amber Portwood is facing felony charges for slapping, choking, pushing, threatening, kicking, and punching the father of her child during a show that aired on the cable station.

The fight between Portwood, 20, and Gary Shirley has been tabloid fodder for weeks, but the reality star was not officially charged with one misdemeanor count of domestic violence and two felony counts until Thursday, reports CBS affiliate WISH.

Mitch Carroll, a spokesman for Indiana's Anderson Police Dept., told E! News that the charges were filed after authorities probed allegations that Portwood had beaten Shirley, 24, in front of their 2-year-old daughter Leah.

In order to aid their investigation, detectives subpoenaed footage that had never aired on the MTV reality show, which features teen mothers and the daily obstacles they encounter while trying to raise their children.

Her case has been handed over to prosecutors who will decide whether or not to pursue the charges against the young mother, says E! News.

Despite the video evidence, Portwood maintains her innocence and claims that the events described in police documents never occurred in front of her daughter.

Under Indiana law domestic violence is a class D felony when committed in the presence of a child less than 16 years of age.