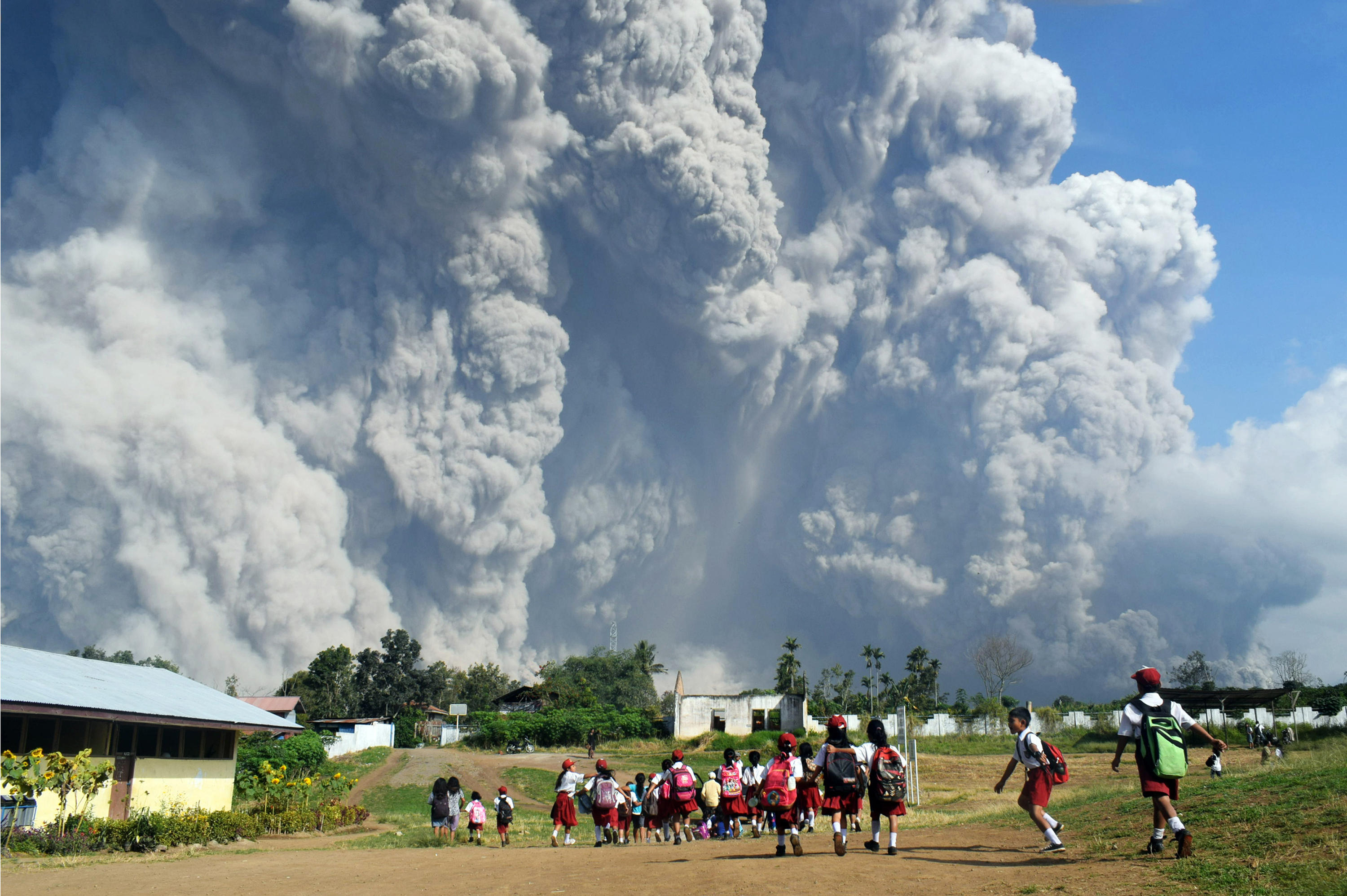 JAKARTA, Indonesia -- Rumbling Mount Sinabung on the Indonesian island of Sumatra shot billowing columns of ash more than 16,400 feet into the atmosphere and hot clouds down its slopes on Monday. There were no fatalities or injuries from the morning eruption, the National Disaster Mitigation Agency said.

The volcano, one of three currently erupting in Indonesia, was dormant for four centuries before exploding in 2010, killing two people. Another eruption in 2014 killed 16 people, while seven died in a 2016 eruption.

Some 30,000 people have been forced to leave homes around the mountain in the past few years.

Mount Sinabung is among more than 120 active volcanoes in Indonesia, which is prone to seismic upheaval due to its location on the Pacific "Ring of Fire," an arc of volcanoes and fault lines encircling the Pacific Basin.