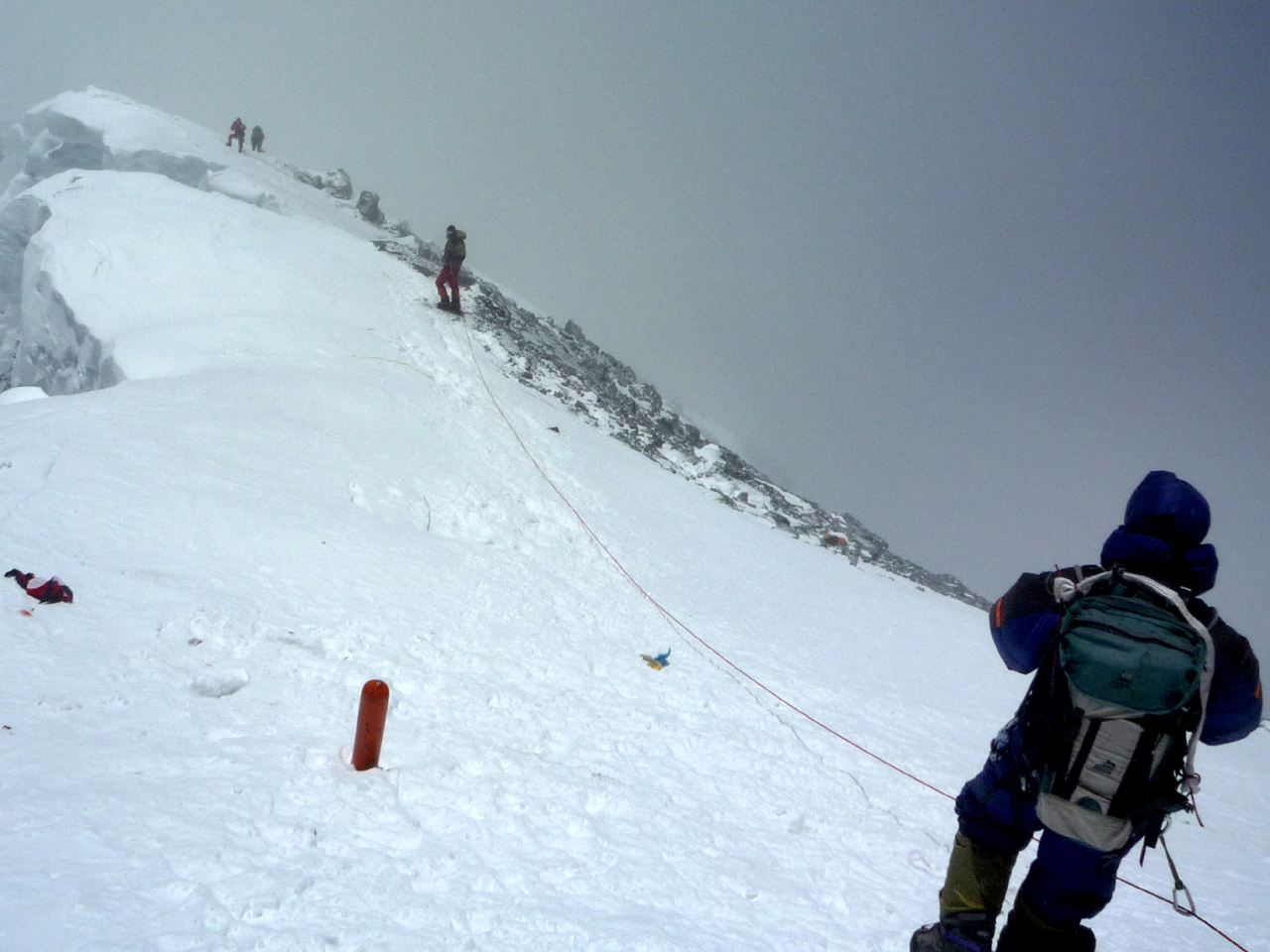 (AP) KATMANDU, Nepal - Climbers have reported seeing another body on Mount Everest, raising the death toll to four for one of the worst days ever on the world's highest mountain.

Nepali mountaineering official Gyanendra Shrestha said Tuesday that the body of Chinese climber Ha Wenyi was spotted not far from where three other climbers died. They were part of what was a "traffic jam" by Everest standards — an estimated 150 climbers who rushed to use a brief window of good weather to try to reach the top Friday and Saturday.

Wenyi and the other victims — German doctor Eberhard Schaaf, Nepal-born Canadian Shriya Shah and South Korean mountaineer Song Won-bin — died Saturday on their way down from the 29,035-foot summit. They are believed to have suffered exhaustion and altitude sickness, Shrestha said.

Shrestha says a Nepalese Sherpa guide who had been reported missing is safe and has reached the base camp. Shrestha says the guide was separated from his group and did not have communications equipment.

The latest deaths have raised concerns about overcrowding in the "death zone" at the top of the world's tallest peak. Many of those who headed to the summit over the weekend had waited at a staging camp for several days for the weather to improve enough to attempt the climb.

"There was a traffic jam on the mountain on Saturday. Climbers were still heading to the summit as late as 2:30 p.m., which is quite dangerous," Shrestha said.

Climbers normally are advised not to try for the summit after 11 a.m. The area above the last camp at the South Col is nicknamed the "death zone" because of the steep icy slope, treacherous conditions and low oxygen level.

"With the traffic jam, climbers had a longer wait for their chance to go up the trail and spent too much time at higher altitude. Many of them are believed to be carrying a limited amount of oxygen, not anticipating the extra time spent," Shrestha said.

The climbing season runs from late March to the first week in June, and the Nepalese government places no limits on how many climbers can be on the mountain. The season's first clear conditions were on Friday and Saturday, but that window already was closing by Saturday afternoon with a windstorm at higher altitudes, Shrestha said.

Ang Tshering, an Everest expert and former president of the Nepal Mountaineering Association, said the government should impose schedules so that scores of climbers are not trying to head for the summit on the same day.

Tshering said the race to the summit on Saturday meant that climbers likely expended all their energy on the way up and had little left for the descent.

The deadliest day on Everest was May 10, 1996, when eight people were killed. The main reason was said to be that climbers who started their ascent late in the day were caught in a snowstorm in the afternoon.

Some climbers and environmentalists have expressed concern that climbing conditions on Everest are worsening each year, possibly due to climate change.

"Because there is little fresh snow, icy surfaces on the slopes make climbing more difficult and dangerous," Anker said, adding that "the snow acts as glue, stopping rocks from falling on the climbers."

Well-known expedition organizer Russell Brice cited the mountain's precarious condition in his decision in early May to cancel this year's climb for more than 60 clients.