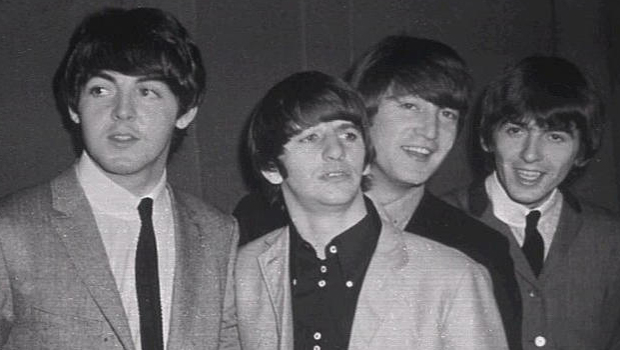 On their second album, the Beatles wore their influences on the record sleeve. Released in the U.K. less than three months before the Fab Four's U.S. invasion, "With the Beatles" featured eight original compositions, one Chuck Berry cover, one show tune and a whole lot of Motown.

The Chuck Berry cover, "Roll Over Beethoven," was a natural, as the St. Louis guitar slinger was a prime influence on John Lennon's rock 'n' roll soul right from his first band The Quarrymen. "If you tried to give rock 'n' roll another name, you might call it Chuck Berry," Lennon once said. The McCartney-sung "Till There Was You" -- which the Beatles performed on their debut "Ed Sullivan Show" performance on Feb. 9, 1964 -- was penned by Iowan tunesmith Meredith Wilson for the smash stage-and-screen production The Music Man. It foreshadowed later McCartney compositions like "When I'm Sixty-Four" and "Maxwell's Silver Hammer."

As for Motown, like the rest of the world in the early '60s, all the Beatles were entranced by the sounds pumping out of the hit factory Berry Gordy built in Detroit, and they found them to be the perfect playmates for their own new ditties like "All My Loving" and "It Won't Be Long."

On "With the Beatles," Lennon belted out "Please Mister Postman" with Paul McCartney and George Harrison as backup singers crooning their best Marvelettes-style "oohs". On the Beatles' version of the Miracles' "You've Really Got A Hold on Me," Lennon boldly used his trademark rasp for Smokey Robinson's sweet falsetto. His brash pipes also worked as a perfect match to Barrett Strong's vocal bravado on "Money (That's What I Want)."

As on "Postman," the Beatles went into girl-group mode with Harrison drawing a rare lead vocal on "Devil in Her Heart," a remake of The Donays' "Devil in His Heart," released on Correc-Tone Records. And this too had a Motown connection, as Donays' singer Yvonne Vernee would soon leave the Detroit girl group to join another: Motown recording artists The Elgins.

In the ultimate tribute, the Beatles even wrote their own Motown-style song, 1963's "This Boy" and released it as the B-side of "I Want to Hold Your Hand." Harrison described the song as "John trying to do Smokey." The Beatles performed it during their second "Ed Sullivan Show" performance on February 16, 1964 in Miami Beach.

In the months and years after the Beatles' initial famed sets, Ed Sullivan would invite Motown's new sensations the Supremes to his stage ... over and over again. "The girls," as Sullivan referred to Diana Ross and Co., would perform on CBS on a whopping 17 Sunday nights.

And, proving that the Liverpool-Detroit connection was a two-way-street, in November of '64, The Supremes released an album of Mersey Beat covers called "A Bit of Liverpool." Mixed in were a couple of Motown originals, including "You've Really Got a Hold on Me." So, yes, the Supremes version featured Diana Ross doing John Lennon doing Smokey Robinson.