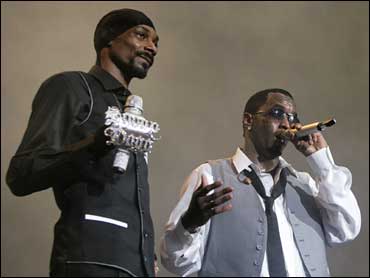 Struggling Motorola Inc. said Monday it is halting cellular-phone manufacturing at its plant in Harvard, Ill., and laying off about 2,500 workers in an effort to improve sagging profits.

The announcement came less than a week after the Schaumburg, Ill.-based tech giant, which also is a leading semiconductor manufacturer, pledged more cost-cutting measures in 2001 to try to revive its slumping cell-phone business.

The approximately 2,500 manufacturing jobs being eliminated represent nearly 2 percent of its work force of 130,000.

Motorola said in a statement that the move is "part of a long-term, company-wide strategy to improve supply-chain efficiencies, consolidate manufacturing, improve financial performance and build on company strengths."

About 2,500 employees will remain at the company facility in Harvard, located 63 miles northwest of Chicago.

The focus at the key Motorola facility will now be on fulfilling customer orders and on new product sourceing, the company said.

Getting new phones quickly to market has been a consistent problem for Motorola, which was overtaken by Nokia in 1999 as the world's No. 1 cell-phone manufacturer and has fallen further and further behind.

Motorola's share of the booming global cell-phone market slipped to just 13 percent, while Nokia's rose to 30 percent. Sweden's Ericsson is a close No. 3.

However, even Nokia has had a rough time of late. Last week, Nokia said it sold 128 million mobile phones last year, an estimate that amounted to nearly one-third of the worldwide market.

But analysts had expected Nokia to sell about 140 million phones and its shares sank more than 17 percent on the Helsinki Stock Exchange at one point before rallying to close at down 8.7 percent.

Motorola's Harvard manufacturing shutdown is to take place by June 30, the company said.

Remaining manufacturing activity is to be consolidated into lower-cost Motorola locations and outsourced.

The manufacturing-plant shutdown continues a restructuring that began under chief executive Christopher Galvin two years ago and accelerated in the second half of 2000 when a slump in phone profits worsened.

The company announced six weeks ago that it would outsource more of its cell-phone production, eliminating 2,870 jobs in Iowa, Florida and Ireland. The move to outsourcing mirrors an industry wide trend.

Last week, Motorola reported its fourth-quarter profits dropped 41 percent despite growing sales. The report met Wall Street's expectations, but confirmed the downward trend outlined by the company in early December, when its second warning in two months sent the stock tumbling to a two-year low.

Sales for the quarter climbed 11 percent to $10.06 billion compared with $9.09 billion in the same period last year. However, sales of mobile phones and other wireless devices rose just 1 percent to $3.5 billion.