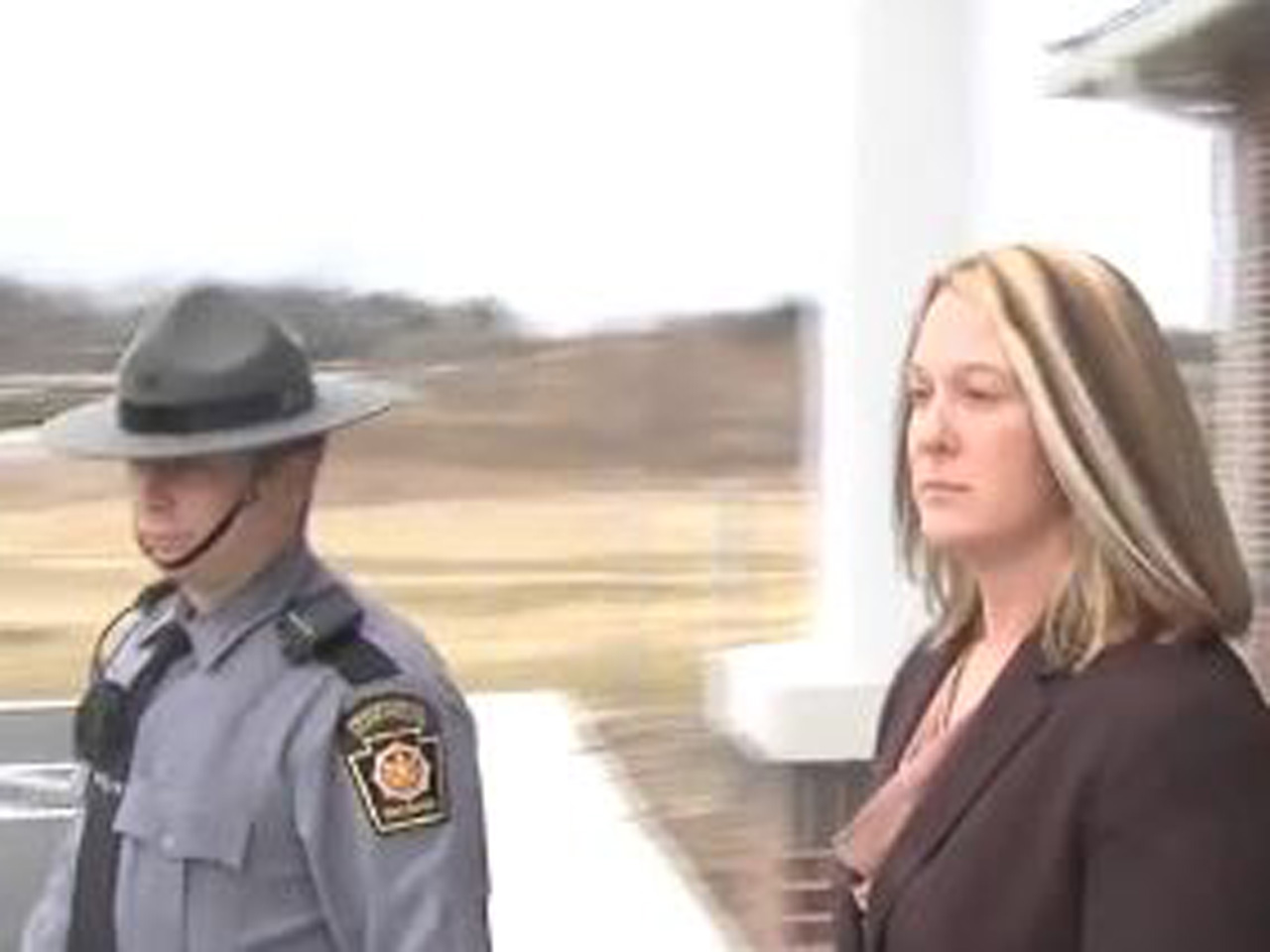 HARRISBURG, Pa. - The video from the camera attached to the officer's stun gun shows how David Kassick died, authorities say: two bullets, four seconds apart, fired into his back as he lay face down.

Two months before a police officer was captured on video shooting a South Carolina motorist eight times in the back, Kassick was killed by a Pennsylvania officer who is now charged with criminal homicide.

"I think it would be impossible not to see some similarities between the two, inasmuch as the manner in which both individuals are shot," said Christopher Slusser, a lawyer working for Kassick's family who has viewed the video.

Unlike the video in the South Carolina case, which has itself resulted in a murder charge, the footage recorded by Hummelstown police Officer Lisa Mearkle's stun gun has not been released. Attorneys for the officer want to keep it that way: they asked a judge on Friday to bar the prosecution from releasing it.

Videos of police violence have raised raised new questions about the use of force by law enforcement. In addition to the South Carolina shooting, 10 sheriff's deputies in Southern California are on leave after attacking a suspect two weeks ago at the end of a three-hour chase in cars and on horseback.

Video shot by a KNBC Los Angeles helicopter showed two deputies kicking and punching 30-year old Francis Pusok as the man lay on the ground, hands behinds his back. More deputies joined in, striking him more than 50 times in total.

A preliminary hearing in the Pennsylvania case is scheduled for Monday to determine if there is enough evidence to send the case to trial. Dauphin County District Attorney Ed Marsico said he plans to show the video if the hearing happens, though Mearkle may waive it. A hearing on the defense motion to prevent the video's release is scheduled for Tuesday.

In a statement, Kassick's family said they were "extremely pleased" that the DA had decided to press ahead with its case against Mearkle.

"The family is comforted by the knowledge that the individual who caused David's death will be held to answer for her cowardly and criminal behavior," the statement read.

Mearkle's lawyer, Brian Perry, describes her case as a matter of self-defense, arguing that Kassick repeatedly reached toward his waist while Mearkle commanded him to show his hands. She told investigators she fired because she feared he was reaching into his jacket for a gun.

Kassick, however, was unarmed when he was shot after fleeing from the Feb. 2 traffic stop prompted by expired inspections and emissions stickers, authorities said.

The fatal encounter was recorded by the camera on the stun gun Mearkle had already used in her bid to arrest Kassick. Such cameras are a popular feature on the devices, with current models able to record in high definition and color.

Perry, who said he has not seen the video in Kassick's case, said the situation does not resemble the South Carolina shooting.

Slusser, however, said the video "leaves nothing to the imagination."

"Whether she would have been charged or not had the video not existed, I can't answer that," he said. "But I can tell you having that video, for me - I won't speak for the DA - but it made it very clear the DA had very little choice not to charge her."

Marsico said this week police have continued to investigate the matter and develop information about the case.

Perry said he is confident his client did what she thought was necessary in the moment.

"The ultimate question is, did Officer Mearkle believe that the actions that she took were necessary to prevent death or serious bodily injury? That's the question. It's not what was found after-the-fact," Perry said. His answer? "100 percent."

Mearkle, 36, a 15-year veteran of the department, has been free on bail but is under electronic monitoring. She is suspended from the police department without pay.

The Kassick family's lawyers have taken out advertisements in local newspapers to solicit information about Mearkle's time as a police officer. Slusser said they have generated a good response and he is sharing the information with prosecutors.

The ad noted there have been online postings by people who claimed to know about "past incidents of civil rights violations and unnecessary force" by Mearkle. Borough officials did not return messages left in recent days seeking comment about the case.

Two weeks ago, Hummelstown residents petitioned the city council to do more about Mearkle, and many shared what could best be described as "unpleasant" experiences with the officer, as well as a pattern of mistrust between her and the community, reports CBS affiliate WHP-TV in Harrisburg.

"It sounds like a lot of people around town have had negative experiences with this officer," said Andy Hoover, a local resident who spearheaded a petition demanding answers in the case.

WHP reports that one of the main complaints from residents is that the borough seems to be dodging some requests from people and the media about the department's pursuit policy and Mearkle's disciplinary record.

Mearkle's charge of criminal homicide could ultimately result in a range of charges, from misdemeanor involuntary manslaughter to felony first-degree murder. The charge against her may be narrowed at formal arraignment, if the case gets past the preliminary hearing.

Slusser said he does not know why Kassick, 59, ran from Mearkle, although Kassick had problems with substance abuse and police recovered a syringe near his body that may have been his. Alcohol and unspecified drugs were found in his system, Marsico has said.