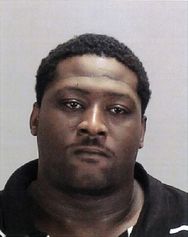 Police said the child, Tyler, began to show signs of being unwell while in the care of his mother's boyfriend, Terrance Jones, 32, who was also babysitting her three older children.

At some point, the baby had a seizure and was throwing up milk, Clayton County police Detective Bernice Higgins said, according to the station.

Officers said Jones called 911 to report the problem but Tyler eventually died. Now, more than two years later, police say doctors have determined the death was due to a non-accidental brain injury.

"...there was indication of possibly the baby being shaken," Higgins said.

The station interviewed the child's mother, Lakivia Greenleaf, by telephone. She said she does not believe Jones is responsible for the child's death.