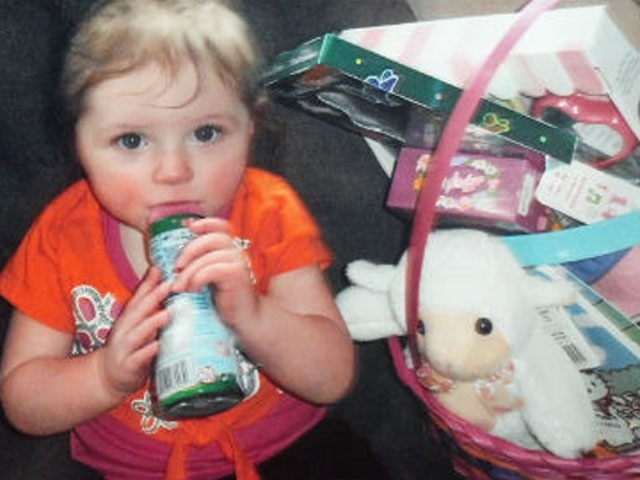 TOLEDO, Ohio - The mother of 1-year-old Elaina Steinfurth, whose remains were found in a box in September, and the mother's ex-boyfriend were indicted Monday for murder, reports CBS affiliate WTOL.

A grand jury indicted Angela Steinfurth on one count of murder. Her ex-boyfriend Steven King was indicted on aggravated murder, abuse of a corpse and tampering with evidence charges.

Family members, police and the community spend months searching for Elaina after she was reported missing on June 2. Police found her body in the garage of King's home on September 5.

An autopsy concluded Elaina suffered numerous broken bones as a result of "non-accidental trauma." The Lucas County Coroner ruled the girl's death a homicide on November 6, reports the station.

Even before the girl's body was found, police charged King and Steinfurth with obstruction of justice. Those charges were amended on Monday when a grand jury indicted the two on murder charges, and King on the abuse and tampering charges.

In Ohio, a person convicted or aggravated murder could be put to death.