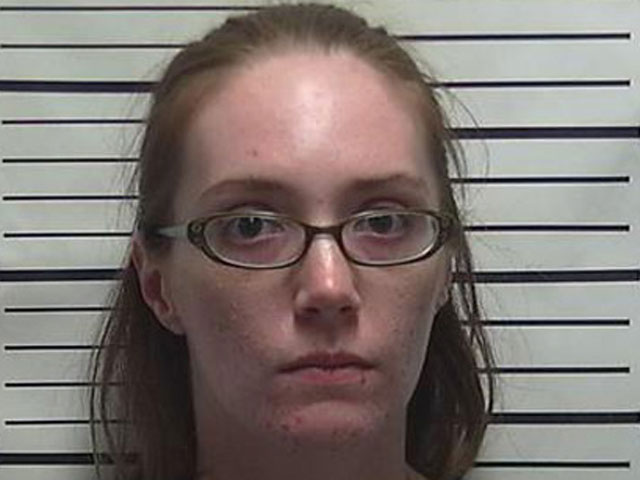 EFFINGHAM, Ill. - The mother of a slain Illinois girl is accused of obstructing the investigation into her daughter’s murder by lying to an officer to make herself “look like a better parent,” CBS affiliate KMOV reports.

Effingham County State’s Attorney Bryan Kibler reportedly said he is confident Ciara DeRyke is not involved in the death of her daughter, Willow Long, 7.

Justin DeRyke, Ciara DeRyke’s brother, is accused in Long’s murder. He allegedly told investigators he killed his niece to end her suffering after she accidentally fell onto a brush pile Sept. 7 near the family's Watson, Ill. home and a stick pierced her neck.

Ciara DeRyke, 26, appeared in court Tuesday to face charges of obstructing a peace officer. She is accused of lying to authorities when she said she saw her daughter watching television the morning of Sept. 8, though authorities believe Long was stabbed to death hours earlier, reports the Associated Press.

Ciara DeRyke told investigators she took a nap and when she awoke, the girl was gone.

Long was reported missing Sept. 8, and her body was found the following day near a river, wrapped in garbage bags and sealed with duct tape.

"Because of her not telling the truth up front, we weren't able to find Willow as soon as we could have," Kibler said, the AP reports.

Though Kibler said he believes DeRyke lied about seeing her daughter, he also said she didn’t participate in the killing or efforts to conceal it.

Ciara DeRyke reportedly said she was at a bar the evening of Sept. 7 as her 22-year-old brother Justin watched her two children. Justin DeRyke told investigators he was home alone with Willow and her three-year-old brother when the girl accidentally scratched him, according to court documents obtained by CBS affiliate KMOX. This reportedly angered him and caused him to yell at Willow, which, he says, in turn led her to run out of the house and towards a brush pile in the family's backyard.

DeRyke said he chased after her, but she tripped and fell into the brush pile causing a stick to impale her neck, the station reports, according to the documents.

Kibler has said an autopsy showed Willow sustained numerous knife wounds, including a slashed throat and a fatal stab wound that severed a vein, reports the AP. He said cuts on her hands suggested there was a struggle, and a probable-cause statement made no mention of autopsy findings that any neck wounds were caused by a stick.

Justin DeRyke has pleaded not guilty to murder charges, and his trial is set to begin in February.

Ciara DeRyke faces up to a year in prison if convicted of the misdemeanor obstruction charge. She has also reportedly pleaded guilty to a drug paraphernalia charge stemming from an Oct. 14 incident during which she lost control of her vehicle.

Justin and Ciara DeRyke have also been investigated by the Illinois Department of Children and Family Services, a department spokesman told CBS News’ Crimesider in September. Willow Long’s three-year-old brother was taken into protective custody by the department, said the spokesman, Dave Clarkin.

Wednesday afternoon, a department spokeswoman was looking into whether that investigation had concluded after a request from Crimesider.