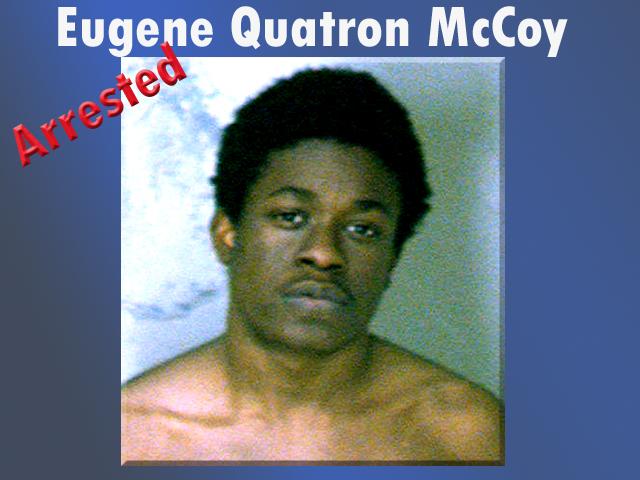 (CBS/AP/WGCL) Lithonia, Ga. -- A mother and her two children were found stabbed to death Sunday in their DeKalb County home, and the accused killer is the woman's son.

Records show that Sheila Irons had a restraining order against her 21-year-old son, Eugene Quatron McCoy, but that he was still living at home, according to the Atlanta Journal-Constitution.

Investigators have identified Irons, 40, and children Chasity McPherson, 8, Zion McPherson, 11, as the victims in the Lithonia, Ga. triple murder, according to CBS affiliate WGCL.

DeKalb County jail records indicate that McCoy lived at the house, despite a restraining order prohibiting him from contacting his family. He was arrested near the home Sunday night, shortly after police were called to the scene.  McCoy, who has a history of family violence, was taken to a local hospital in critical condition.

The only survivor of the attack was a woman who fled through the woods and managed to call 911, according to police spokeswoman Mekka Parish. The Journal-Constitution reports that the survivor was in fact the murdered woman's daughter, 17-year-old Candice McCoy.

According to the Atlanta Journal-Constitution, Eugene McCoy pleaded no contest to family violence battery on Dec. 8th, and was ordered to attend a mental health evaluation on Dec. 21st.