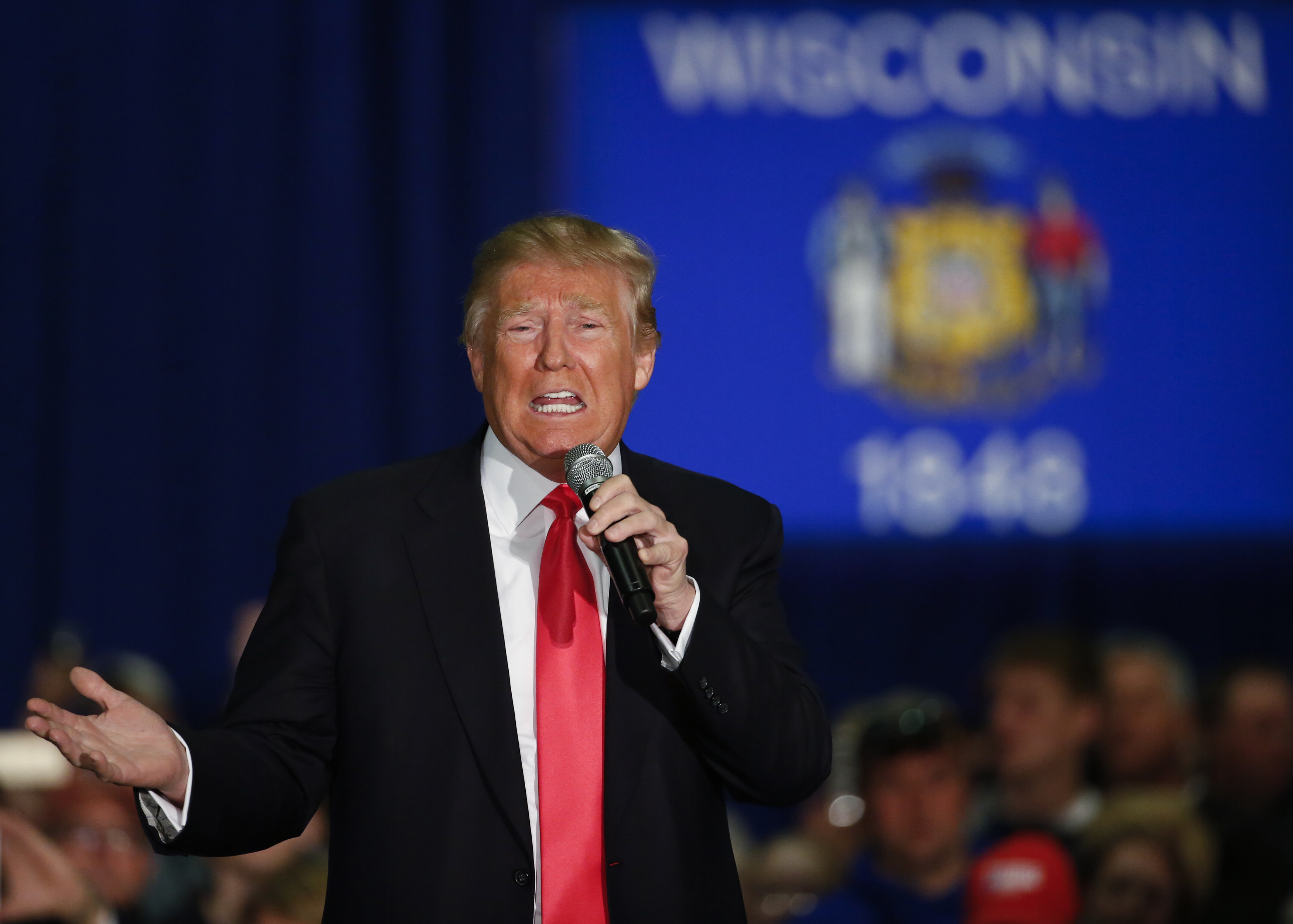 More than half of Wisconsin's GOP voters on Tuesday said they would be concerned or scared if Donald Trump were elected president, according to CBS News' exit polls from the state's primary.

About half an hour after polls closed in Wisconsin, CBS News projected that Ted Cruz had won the state's primary. The Texas senator had been leading in numerous polls in the state and was expected to win it. Trump is trailing behind in second place and John Kasich is in third.

Nearly two-thirds Republican voters said they would be excited or optimistic about Cruz winning the White House in November and nearly half said the same about Kasich.

Asked who would have a better chance of beating Clinton in November, 44 percent said Cruz would, 35 percent said Trump would and 17 percent said the same of Kasich.

The primary came the same day that Trump unveiled a more specific proposal about how he would force Mexico to pay for a wall along the U.S. southern border.

In the afternoon, Senate Majority Leader Mitch McConnell weighed in on the presidential race.

During a press conference on Capitol Hill, McConnell was asked if he's confident that Donald Trump, Ted Cruz and John Kasich can win in November.

"I don't think it should be particularly surprising observation that I'd like a candidate for president who can win. Does that shock any of you? I'm not going to get into who fits the description," McConnell said.

"But I will say that the nominee is going to be someone who can get 1,237 delegate votes, and I hope that's a person who can actually appeal to a broad swath of the American public and win the election," he added.