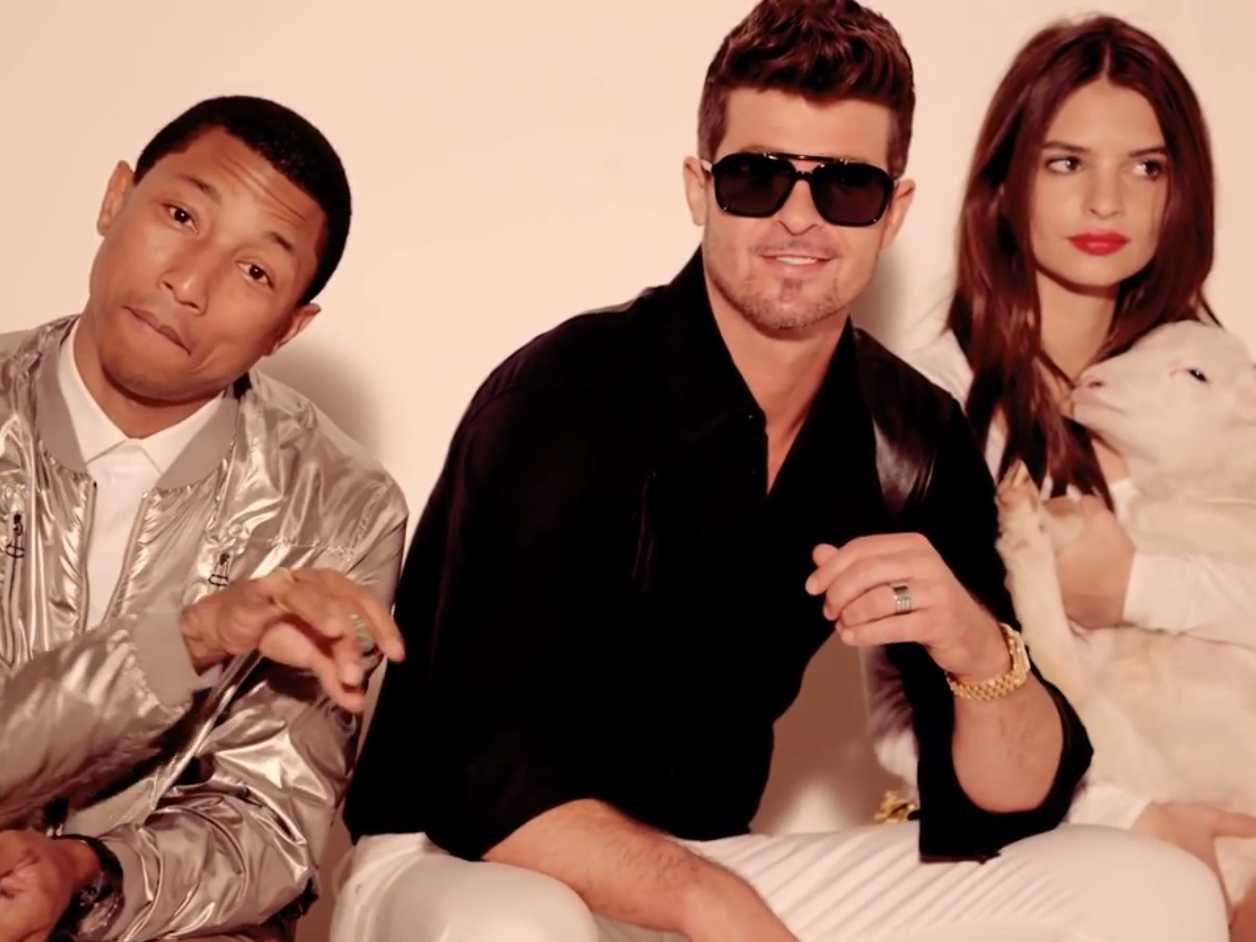 LOS ANGELES -- Composer Hans Zimmer, crooner R. Kelly and members of such bands as the Go-Go’s, the Black Crowes, Linkin Park and Three 6 Mafia are supporting Pharrell Williams, Robin Thicke and T.I. in their appeal in the ongoing legal dispute over the hit song “Blurred Lines.”

More than 200 musicians filed a brief with the Ninth Circuit Court of Appeals on Tuesday to express concern about the ruling last year in a case brought by the children of Marvin Gaye, who sued for copyright infringement claiming “Blurred Lines” copied Gaye’s hit “Got to Give it Up.”

The musicians said the ruling could have “adverse impact on their own creativity, on the creativity of future artists, and on the music industry in general.”

Gaye’s descendants won a $7.4 million verdict, which a judge reduced to $5.3 million.