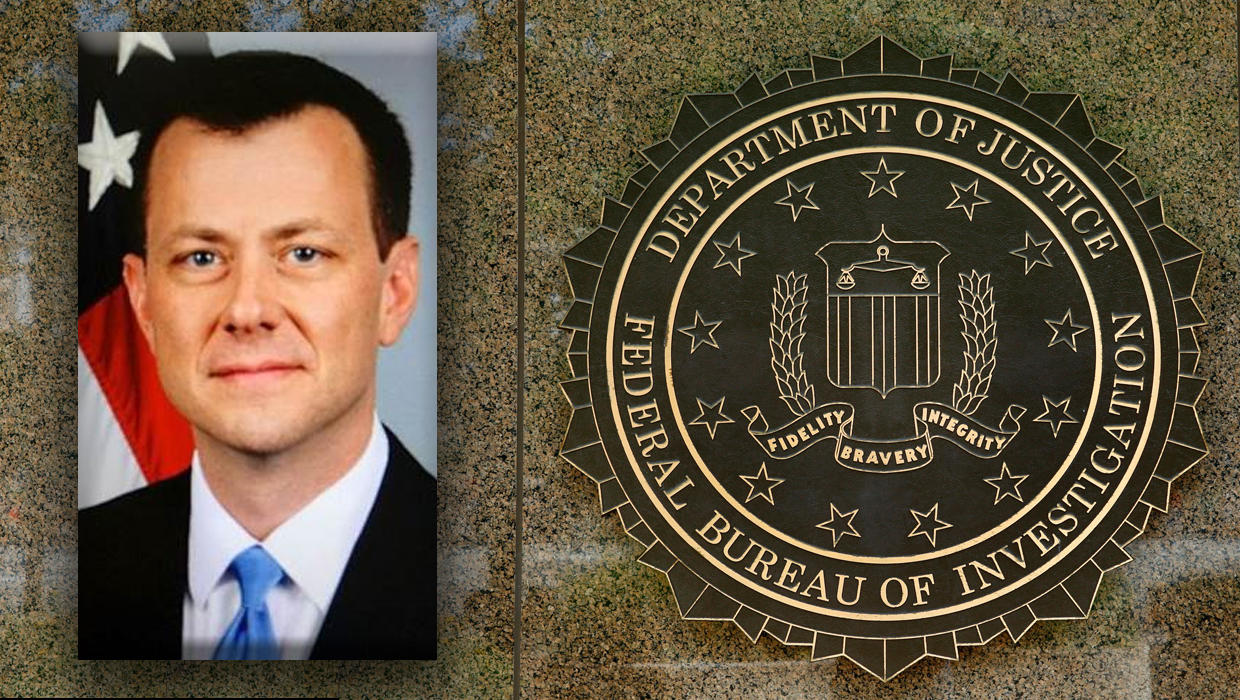 WASHINGTON -- The Justice Department has turned over to Congress additional text messages involving an FBI agent who was removed from special counsel Robert Mueller's investigative team following the discovery of derogatory comments about President Trump.

But the department also said in a letter to lawmakers that its record of messages sent to and from the agent, Peter Strzok, was incomplete because the FBI, for technical reasons, had been unable to preserve and retrieve about five months' worth of communications.

New text messages highlighted in a letter to FBI Director Christopher Wray by Sen. Ron Johnson, the Republican chairman of the Senate's Homeland Security and Governmental Affairs Committee, are from the spring and summer of 2016 and involve discussion of the investigation into Hillary Clinton's use of a private email server. They reference Attorney General Loretta Lynch's decision to accept the FBI's conclusion in that case and a draft statement that former FBI Director James Comey had prepared in anticipation of closing out the Clinton investigation without criminal charges.

The FBI declined to comment Sunday. CBS News Justice Reporter Paula Reid reported Sunday that the Strzok texts have been delivered and are expected to be made public via Congress.

In addition to the communications already made public, the Justice Department on Friday provided Johnson's committee with 384 pages of text messages, approximately 9,000 texts, exchanged between FBI employees Lisa Page and Strzok.

Strzok, a veteran counterintelligence agent who also worked the Clinton email case, was reassigned last summer from the team investigating ties between Russia and Mr. Trump's Republican presidential campaign after Mueller learned he had exchanged politically charged text messages — many anti-Trump in nature — with an FBI lawyer also detailed to the group. The lawyer, Lisa Page, left Mueller's team before the text messages were discovered.

The Justice Department last month produced for reporters and Congress hundreds of text messages that the two had traded before becoming part of the Mueller investigation. Many focused on their observations of the 2016 election and included discussions of the Clinton investigation. Republican lawmakers have contended the communication reveals the FBI and the Mueller team to be politically tainted and biased against Mr. Trump — assertions Wray has flatly rejected.

But, according to the letter, the FBI told the department that its system for retaining text messages sent and received on bureau phones had failed to preserve communications between Strzok and Page over a five-month period between Dec. 14, 2016, and May 7, 2017. DOJ says many FBI-provided Samsung 5 mobile devices did not capture texts during that time. The explanation for the gap was "misconfiguration issues related to rollouts, provisioning, and software upgrades that conflicted with the FBI's collection capabilities."

In Johnson's letter to Wray, he asks whether the FBI has any records of communications between Strzok and Page during that five-month window and whether the FBI had searched their non-FBI phones for additional messages. He also asks for the "scope and scale" of any other records from the Clinton investigation that have been lost.

One of the messages references a change in language to Comey's statement closing out the email case involving Clinton, Mr. Trump's Democratic opponent in the 2016 presidential election. While an earlier draft of the statement said Clinton and President Barack Obama had an email exchange while Clinton was "on the territory" of a hostile adversary, the reference to Obama was at first changed to "senior government official" and then omitted entirely in the final version.

The two also discussed Comey's statement on Clintons' exoneration. A June 30th draft included that Clinton emailed with President Obama from her private server.  The sentence was later edited to replace President with "senior government officials." In these newly released texts, Strzok is seen discussing the changes being made in real-time. Comey's eventual speech omitted any mention of this senior official or the President.

In another exchange, the two express displeasure about the timing of Lynch's announcement that she would defer to the FBI's judgment on the Clinton investigation. That announcement came days after it was revealed that the attorney general and former President Bill Clinton had an impromptu meeting aboard her plane in Phoenix, though both sides said the email investigation was never discussed.

The texts suggest Lynch knew Comey would not recommend criminal charges in the Clinton investigation before she handed over the investigation to him. The two also discuss using non-work phones to talk about Clinton so it "can't be traced."

Strzok said in a July 1 text message that the timing of Lynch's announcement "looks like hell." And Page appears to mockingly refer to Lynch's decision to accept the FBI's conclusion in the case as a "real profile in courag(e) since she knows no charges will be brought."

Days later, on July 5, Comey announced the FBI's recommendation that no criminal charges were merited.

Strzok is expected to eventually testify on the Hill, but no date for his appearance had been set, CBS News' Paula Reid reports.