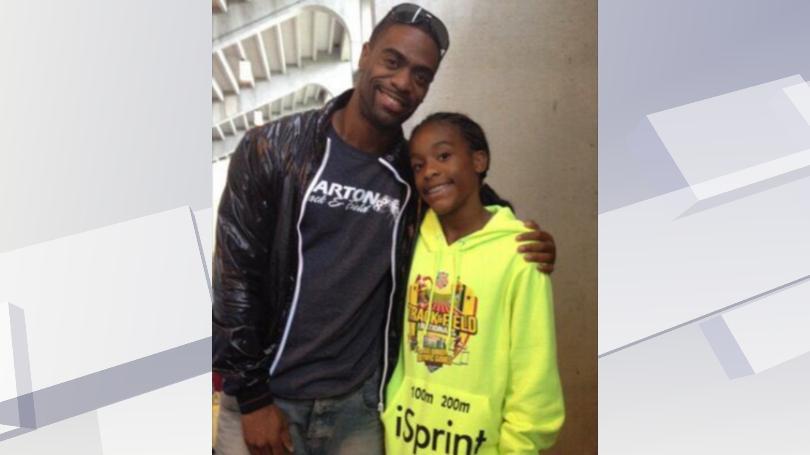 LEXINGTON, Ky. -- A father and son are the latest arrests in the investigation into the fatal shooting of the 15-year-old daughter of Olympic sprinter Tyson Gay.

Trinity Gay died at a Lexington, Kentucky, hospital Sunday after police say she was shot in the neck around 4 a.m. during a shootout between people in two parked vehicles in the parking lot of a nearby restaurant.

In a statement, Lexington police say 38-year-old Chazerae Taylor and his 19-year-old son D’Markeo are charged with wanton endangerment in the early Sunday shooting.

Police charged another man, 21-year-old Dvonta Middlebrooks, with the same count and a weapons charge. Investigators say Middlebrooks was in the lot and fired multiple shots.

Another man who was questioned by police after the shooting has not been charged, reports CBS Lexington affiliate WKYT-TV.

Trinity Gay was herself a rising star on the track team at Lafayette High School, WKYT notes.

Tyson Gay has competed in the last three Summer Olympics. He was part of a team that won a silver medal in the 4x100-meter relay at the 2012 London Games though that medal was ultimately stripped after Gay tested positive for steroids in 2013. He still holds the U.S. record for the 100-meter dash with a time of 9.69 seconds.

Bryn Jacobs, the principal at Lafayette, tweeted that the Lafayette family “will come together to provide love and support for our students and one another during this tragic time.”

In a statement, Fayette County Schools Superintendent Manny Caulk said, “Our hearts are broken this morning over the loss of Trinity to this tragic and senseless act of violence. Please join us in keeping the Gay family close in thought and prayer and supporting the students, staff, and families at Lafayette High during this unspeakably difficult time.”