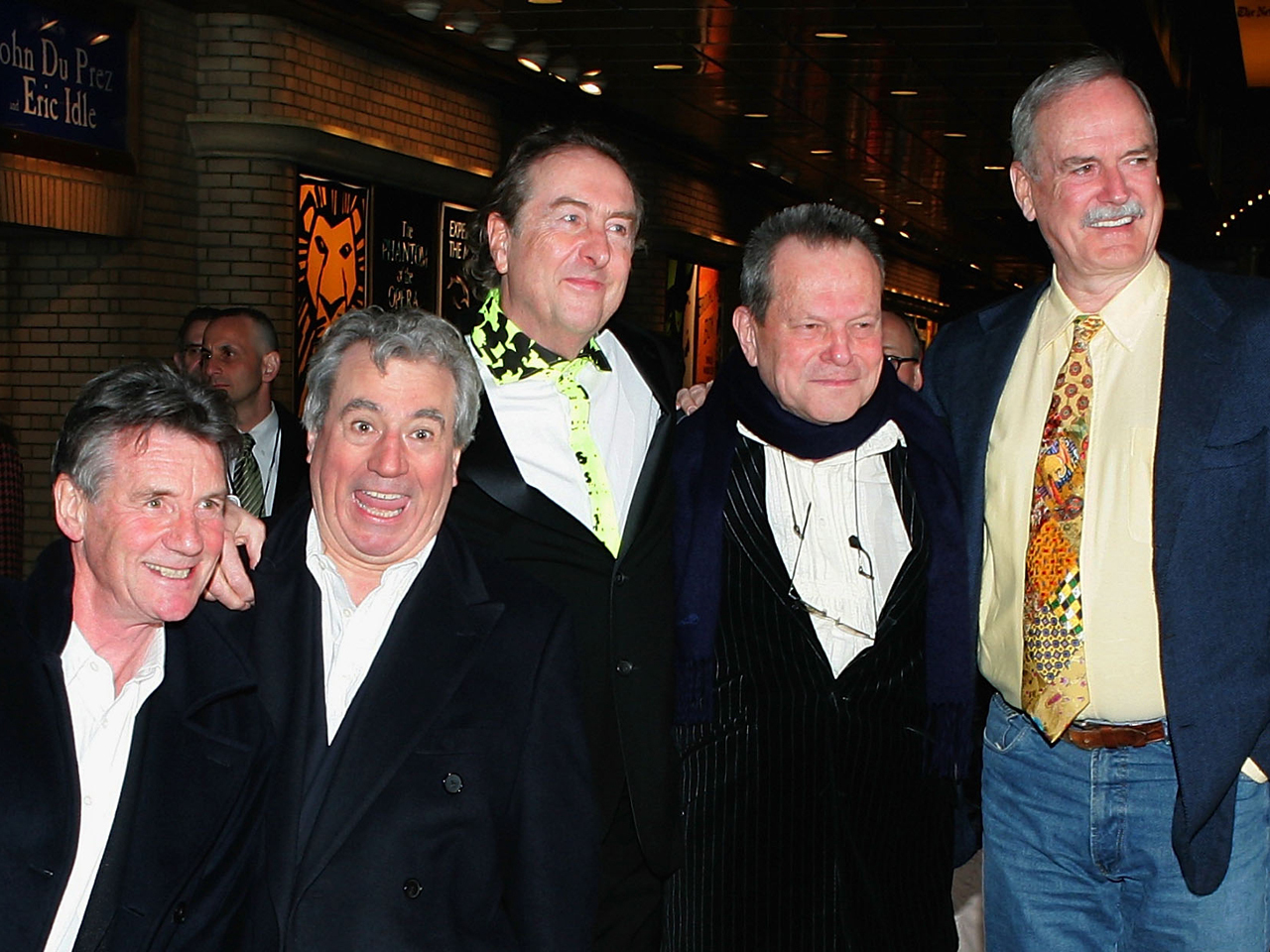 Cast members from Monty Python's "Flying Circus" are teaming up again for more antics and surreal humor with "Absolutely Anything," a new sci-fi film set to be directed by longtime Python troupe member Terry Jones.

"Sherlock" star Benedict Cumberbatch and "Hansel and Gretel: With Hunters" actress Gemma Arterton will star as the main leads in Jones' "Absolutely Anything," a fantasy trip about a teacher who discovers aliens have granted him the use of magical powers.

According to Variety, Monty Python members Terry Gilliam and John Cleese are on board for Jones' latest film and will be providing voices of the alien characters, meaning we may not get to actually see the actors on screen together. Eric Idle is the one surviving Monty Python member who has yet to officially sign on to the project.

The Monty Python comedy team was founded more than 40 years ago by six comedians who starred in the classic British TV sketch series "Flying Circus," which ran from 1969-1974. Among their many routines was the infamous"Funniest Joke in the World" sketch.

The group also achieved big screen success with hits like "Monty Python and the Holy Grail" and "Life of Brian."

So far "Absolutely Anything," which is still in pre-production, has yet to receive a release date.

Tell us Python fans: Do you look forward to seeing the veteran comedy team back together in a new movie?