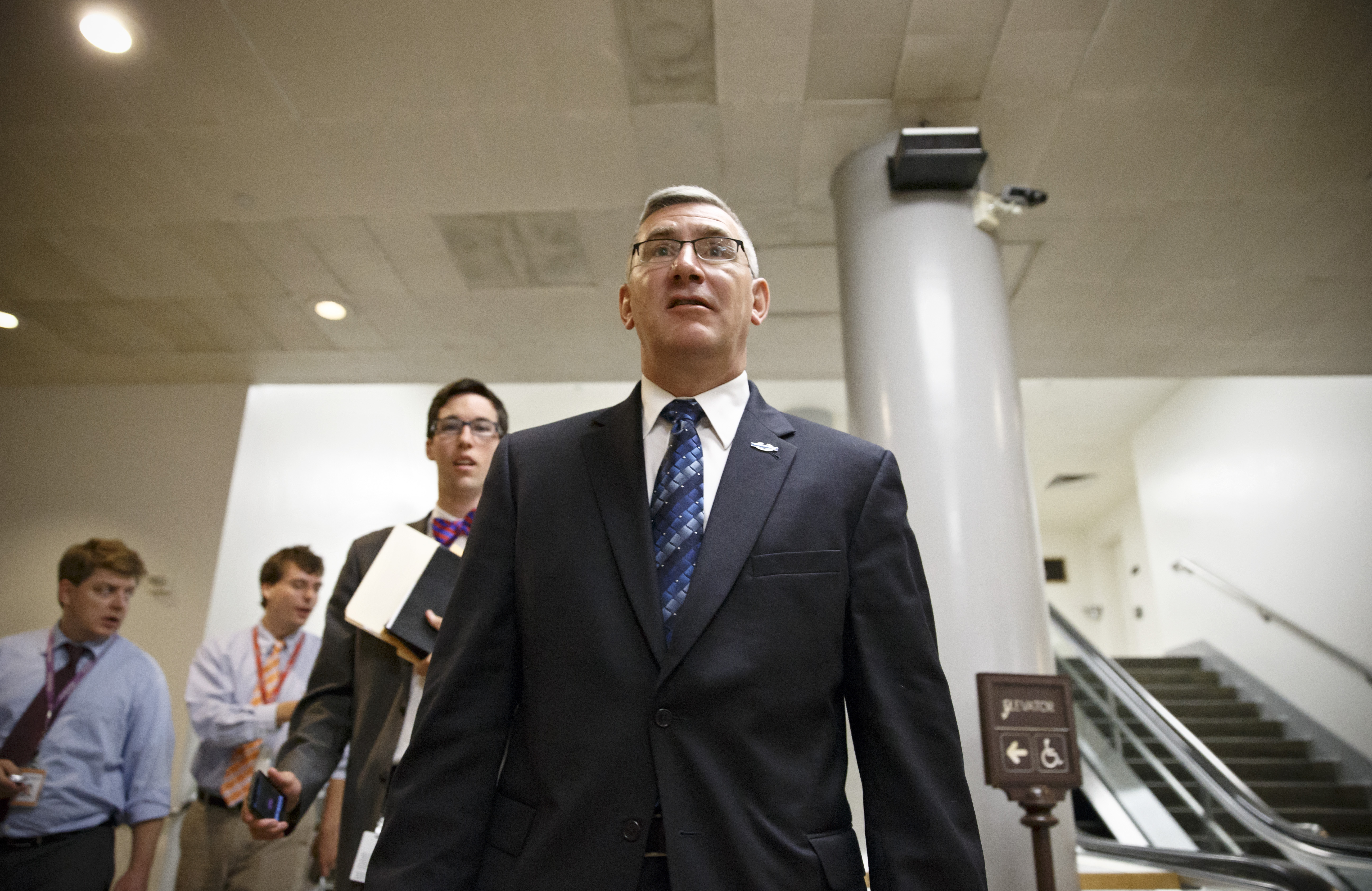 Sen. John Walsh, D-Mont., is facing accusations that he plagiarized significant portions of a paper he submitted to complete a graduate degree at the United States Army War College.

The accusations, which Walsh initially denied but one of his aides later declined to dispute, could imperil Walsh's chance of retaining his seat in November's general election. And that, in turn, could bring the Democrats one step closer to losing control of the Senate in the next Congress.

Walsh's thesis, submitted in 2007, was a discussion of America's policy in the Middle East. In it, Walsh presented several passages that were apparently lifted nearly verbatim from other sources, including a paper from the Carnegie Endowment for International Peace and a paper written by a scholar at Harvard.

Perhaps the most glaring case of plagiarism came at the end of the paper, when Walsh laid out six recommendations for policymakers. In his third recommendation, according to the New York Times, Walsh wrote, "Democracy promoters need to engage as much as possible in a dialogue with a wide cross section of influential elites: mainstream academics, journalists, moderate Islamists, and members of the professional associations who play a political role in some Arab countries, rather than only the narrow world of westernized democracy and human rights advocates."

The same sentence appeared in a 2002 Carnegie paper written by four academics there. The rest of the recommendations, which totaled 800 words, were almost all lifted word-for-word from the Carnegie paper, with no attribution provided.

In another portion of his paper, Walsh wrote, "The United States will have an interest in promoting democracy because further democratization enhances the lives of citizens of other countries and contributes to a more peaceful international system. To the extent that Americans care about citizens of other countries and international peace, they will see benefits from the continued spread of democracy."

Those two sentences also appeared in a paper written in 1998 by Sean M. Lynn-Jones, then a scholar at Harvard's Belfer Center for Science and International Affairs. Again, Walsh provided no citation.

When the senator was confronted Tuesday outside his office on Capitol Hill about the apparent plagiarism, he denied having done anything wrong.

"I didn't do anything intentional here," he said, according to the New York Times. Asked directly whether he plagiarized, he replied, "I don't believe I did, no."

But one of Walsh's aides later walked back the denial, declining to dispute the plagiarism but, according to the Times, suggesting "that it be viewed in the context of the senator's long career."

Walsh was going through a difficult period at the time, the aide told the Times, as one of the members of his unit from Iraq had committed suicide just weeks before the paper was due.

Walsh was appointed to the Senate in February to replace departing Sen. Max Baucus, D-Mont., who was appointed the U.S. Ambassador to China. Before the allegations of plagiarism, Walsh was already considered one of the most endangered Democratic incumbents up for reelection. The Democratic Senate Campaign Committee, stretched thin in defending more than half a dozen vulnerable Democrats across the country, is unlikely to spend any money helping Walsh's campaign, and that reluctance is likely to deepen as a result of the plagiarism accusations.

Walsh joins a handful of other politicians who have faced accusations of plagiarism, some more successfully than others. Sen. Rand Paul, R-Ky., was accused last year of including language written by others in his book, in newspaper articles bearing his byline, and in speeches. Paul eventually conceded he should have been more careful, and the episode largely blew over.

And in 1988, when then-Sen. Joe Biden, D-Del., was running for president for the first time, he was forced to drop out of the race after it was revealed that he plagiarized portions of his stump speeches from language originally used by British politician Neil Kinnock.