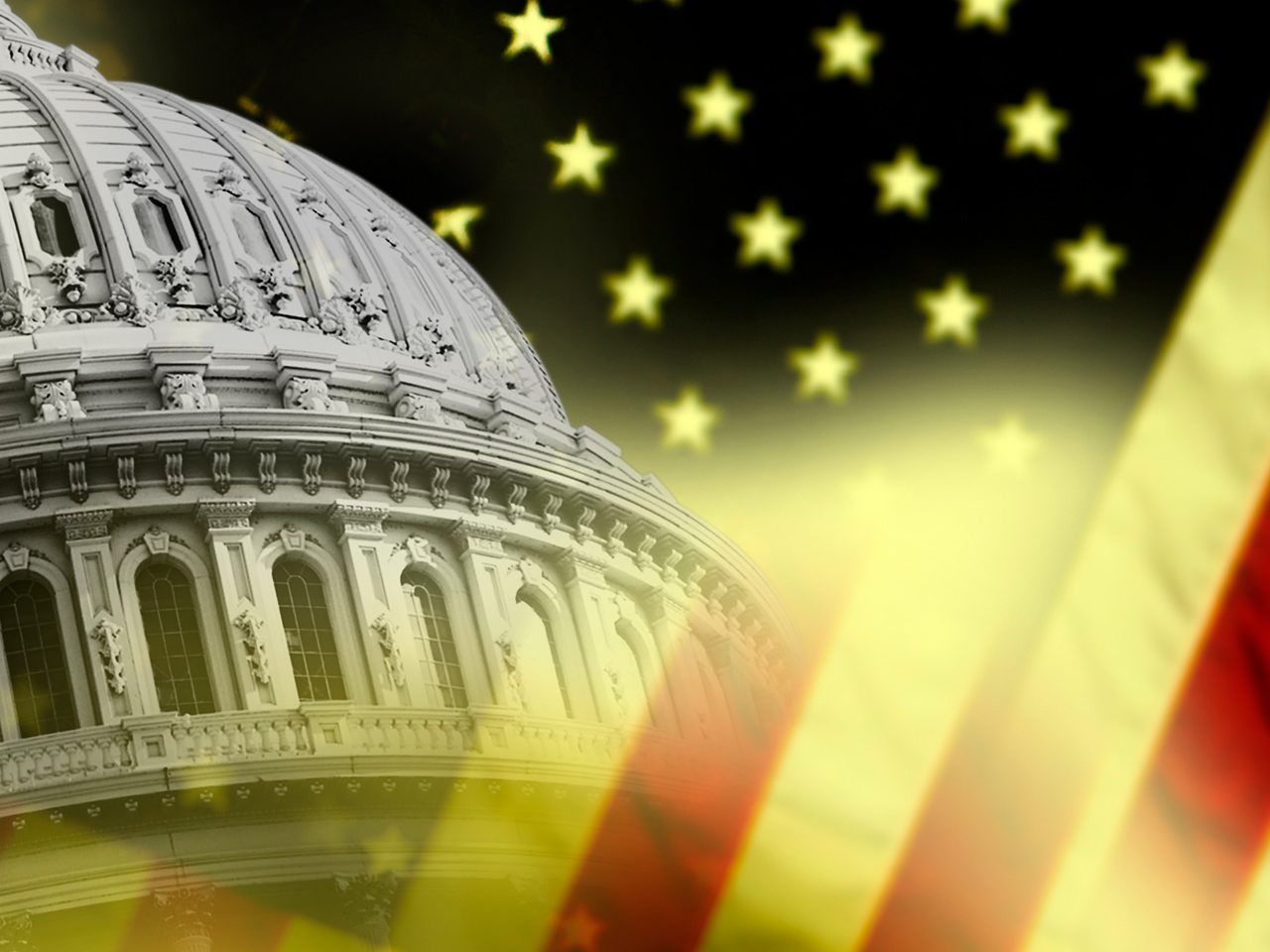 Congress' current legislative fights over budgets, immigration and gun control carry a special urgency for senators up for re-election next year, particularly for the many Democrats running in Republican-leaning states; control of the Senate will surely hang on their fates.

Waiting for them at home this week, in what's sure to be only the first of many such targeting examples, are ads from Mayor Michael Bloomberg's PAC in support of stricter gun control measures. These add to the cross pressures they face in knowing they'll need to both motivate their base and woo some Republicans and conservatives over the next year in order to win.

And today, Sen. Tim Johnson, D-S.D., announced today he won't seek re-election next year, opening up yet another seat in a red state that Democrats will need to defend, and yet another race that promises a spotlight battle.

It is, in sum, a tough landscape for Democrats that just got a little tougher.

The territory they're defending has much more rural influence than urban; seats in places like Alaska, Arkansas, Louisiana, Montana, North Carolina, South Dakota and West Virginia, all of which Mitt Romney carried. Conversely, none of the Republican seats up, with the exception of Maine, are in states carried by President Obama. And Democrats overall are defending more seats next year (21) than Republicans (14) just as they did in 2012.

Plus, there are the historical headwinds: the majority party doesn't usually fare very well in the mid-term of a re-elected president. In 2006, President George W. Bush's GOP lost six seats and control of the Senate; in 1998, President Clinton's Democrats vs. the GOP was a draw; and in President Ronald Reagan's 6th year, in 1986, Democrats gained eight seats and control of the U.S. Senate.

The challenges Democrats will face next year, even in addition to the red state/blue state baselines, are illustrated by the national electorate tends to look like during midterm elections: lower turnout and older and less diverse electorates, which disadvantages Democrats; plus, a group highly motivated to vote by a single issue (like opposition to more gun laws) can hold more sway.

The table at left compares the 2012 and 2010 electorates. In 2010 we also saw 12 percent under age 30, a key Democratic group that made up 19 percent in 2012. The 2010 midterms had five points more white voters, a majority of whom back the GOP, and two points fewer African Americans, almost all of whom back Democrats. (*Having said that, if we consider the historical trend pattern as a percentage reduction from the previous Presidential cycle's white vote rather than a straight subtraction, the impact may be more favorable to Democrats, since the white vote was down in 2012 from previous presidential cycles.)

A few of the states where the gun control ads are running jump out right away as places Democratic incumbents may have their hands full - no doubt by design - and are where the gun issue and the suburban and rural vote could be pivotal. Sens. Mark Pryor, D-Ark.; Mary Landrieu, D-La.; and Kay Hagan, D-N.C., among others, are all up in states Mr. Obama lost in 2012, in two cases by wide margins (Mr. Obama received 37 percent of the vote in Arkansas and 41 percent in Louisiana).

"Every cycle is different," said Brad Dayspring, spokesman for the National Republican Senatorial Committee. "One, President Obama is not running for reelection. So you're looking at these members running in red states and a lot happen to be running on the Obama agenda," Dayspring added, pointing to Democratic incumbents like Pryor and Hagan.

Consider too that in 2008, the last time these senators faced election, in North Carolina 44 percent of the vote came from small cities and rural areas; in Louisiana 19 percent of it; in Arkansas 44 percent. Nationally, our polling shows the desire to keep gun laws as they are is higher among rural and small-town voters, as has been the case over time.

One potential spot regarding the gun control issue is that women are more likely to favor stricter laws than men in the latest national CBS News poll (55 to 39 percent) and women have made up a majority of voters in 2012 (53 percent) and in the off-year 2010 (52 percent) - though getting Democratic women to the polls will of course be key for them. And the big caveat: what we learned in 2012 is that Senate races don't always hew to the red-state/blue state dynamic, but often hinge on candidates or views of the national party - witness Democratic Sens. Heidi Heitkamp in "red" North Dakota and Joe Donnelly in Indiana.

Next page: an early look at the Senate landscape

South Dakota: The retirement of Sen. Tim Johnson, D-S.D., opens the seat and Gov. Tim Rounds might be an early favorite to win it for the Republicans, though Rep. Kristi Noem may run. The Democrats may counter with Johnson's son, Brendan, who's a U.S. attorney or former Rep. Stephanie Herseth Sandlin, who'd have statewide name ID.

Iowa: It wasn't a red state, but is another of the most potentially intriguing contests, as Democratic Sen. Tom Harkin is retiring. Democratic Rep. Bruce Braley might start out as slightly favored to hold the seat for the Democrats if the GOP opposition is viewed as too conservative for an Iowa electorate that's tended to be more middle-of-the-road. This could be one of the big "ground zero" states to watch in the GOP primaries for that reason. Rep. Steve King, R-Iowa, seems likely to make a run, but could face primary opposition.

Louisiana: Several members of the congressional delegation are reportedly contemplating a race against Democratic Sen. Mary Landrieu in a state that has been generally trending Republican though she's bucked the trend before (Landrieu got 52 percent last time she ran, twelve points ahead of Obama.) Landrieu may have received a break when popular Republican Lt. Gov. Jay Dardenne said he wasn't inclined to run.

Arkansas: Democratic Sen. Mark Pryor faces a tough reelection fight as the state also continues to trend Republican. The Republican candidate is unknown at this time, but betting is that a well-financed contender will step in. Freshman Rep. Tim Cotton is a possible contender.

North Carolina: Tightly contested the last two presidential years, this state is highly turnout-dependent for Democrats, and so freshman Sen. Kay Hagan will face a battle. She maintains a positive approval rating, and like her colleagues in Arkansas and Louisiana, the Republicans have, at least so far, failed to recruit a top tier candidate.

Alaska: Another that could be won or lost in the GOP primaries, Democratic Sen. Mark Begich's re-election chances, which would repeat his improbable win six years ago, may hinge on who the Republican nominee is, and many candidates are eyeing it. Joe Miller, who lost a race against GOP Sen. Lisa Murkowski in 2010, is reportedly considering running, as is Lt. Gov. Sean Parnell.

Democrats are presently favored to retain the other seats up for reelection this next year.

Montana will likely start out with Sen. Max Baucus in the driver's seat, and isn't on the advertising list, but the Republicans will surely take aim.

In New Mexico and Colorado, the Udall cousins - Tom in New Mexico and Mark in Colorado - are up, although both seem on track for re-election now. Democratic seats in Delaware, Rhode Island, Illinois, New Hampshire, Oregon, Virginia and Hawaii may not be top targets, although in Hawaii appointed Sen. Brian Schatz may face a primary challenge from Rep. Colleen Hanabusa.

The other two retirees - Sens. Carl Levin in Michigan and Frank Lautenberg in New Jersey will, in all likelihood, be replaced by Democrats in their blue states, though either could be worth watching depending on Republican opponents. And Sen. Al Franken in Minnesota seems as of now not to have drawn a major challenge, but his race last time was famously close.

On the Republican side, it appeared a few months ago that the GOP would escape any potential losses among the 14 senators up for reelection.

Although they are still favored to win almost all their contests, a few fissures have surfaced, meaning that the Republicans may need to fight to hold some of their own if they are to forge a majority; we may be eyeing this in the spring next year to see whether any primaries shake up the dynamic or produce challengers who'll meet resistance in the general.

In Georgia, Sen. Saxby Chambliss announced his retirement, igniting a multi-candidate primary, in which almost every member of the congressional delegation has at least contemplated a bid. Secondly, popular Democratic Rep. John Barrow, a surprise winner after the state GOP gerrymandered his congressional district, is giving a bid consideration.

Kentucky: Senate Minority Leader Mitch McConnell, while still a favorite for reelection in Kentucky, has seen his polling numbers decline. If actress Ashley Judd - a Democrat - runs, this one will draw national attention, though the actual competitiveness of the seat in such a case remains to be seen. Democratic Secretary of State Alison Lundergan Grimes might give the Republican leader a run for his money.

In Maine, Sen. Susan Collins should glide to reelection, provided she runs and isn't given a surprising, successful primary challenge from the right. A Republican other than Collins would likely lose this seat.

Sen. Mike Johanns's retirement in Nebraska was a surprise. Former Senator Bob Kerrey mounted a serious but unsuccessful race against Republican Deb Fischer in 2012. The Republicans will be still strongly favored to hold this seat. Both South Carolina seats are up in 2014, and the GOP is heavily favored to hold both of them. A tea party challenge to Lindsay Graham might prove interesting, but the action here is still more likely in the primaries, if at all, than in any general.

Republicans in Idaho, Kansas, Oklahoma, Tennessee, Texas, Alabama, Mississippi and Wyoming are likely to coast to reelection next year.