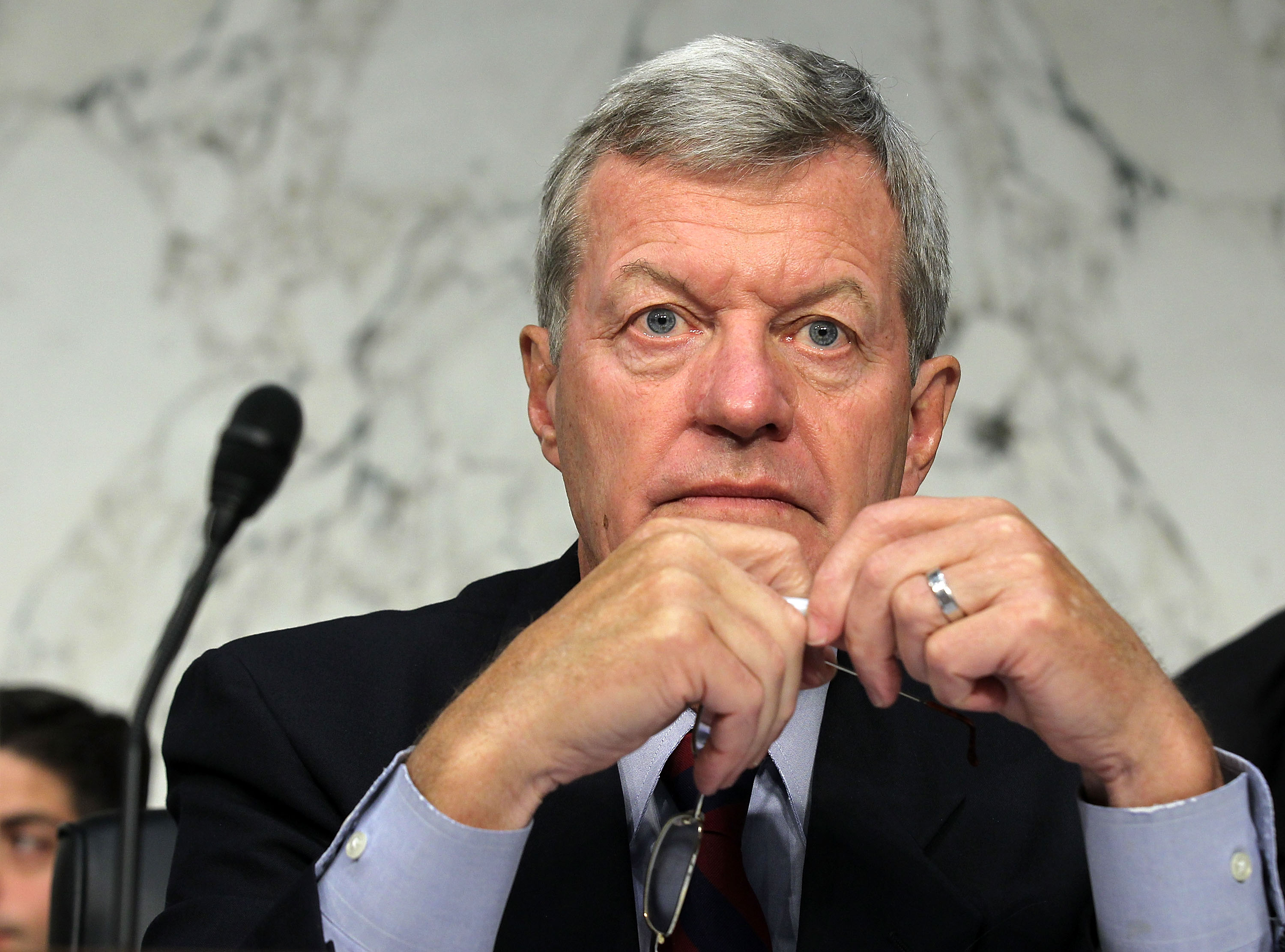 WASHINGTON -- The Senate easily confirmed longtime Sen. Max Baucus on Thursday to become ambassador to China, handing the job to a lawmaker who is familiar with U.S. trade policy but has little expertise about military and other issues that have caused tensions in recent years with Beijing.

Senators gave final approval to the nomination of the moderate Baucus, D-Mont., by a 96-0 margin. Baucus, trim and youthful looking for his 72 years, accepted colleagues' congratulations before and during the roll call.

Chairman of the Senate Finance Committee, Baucus has worked with Republicans during his 35 years in the Senate on issues ranging from taxes to health care reform - an independent streak that at times has vexed his Democratic colleagues.

"His passion is well-known to all of us, his decades of experience here in congress. He's an excellent choice that President Obama made to represent America's interests in China," said Senate Majority Leader Harry Reid, D-Nev.

In 2001, Baucus championed China's inclusion in the World Trade Organization, which governs trade rules between nations, helping Beijing conduct business with other countries. He has sponsored legislation - not enacted - punishing China for undervaluing its currency and has criticized Beijing for blocking U.S. imports of beef, a big business in his Western state.

Baucus had already announced that he would not seek re-election this fall when Obama tapped him last December for the ambassadorship.

Until Obama picked him for the Beijing post, Baucus' Senate seat had seemed likely to go Republican in November's congressional elections. That would bolster the GOP's chances of gaining the six seats they will need to capture control of the chamber.

But with Baucus' departure, Democratic Montana Gov. Steve Bullock will name a temporary replacement, perhaps Democratic Lt. Gov. John Walsh, who is seeking the seat. That could give an appointee time to build a Senate record and gain visibility to defend the seat against the expected GOP candidate, Rep. Steve Daines.

Baucus' confirmation comes as China has emerged as a leading global economic and military power, at times causing strains between Beijing and Washington and its allies in the region.

China's economy is second in size only to that of the United States. The two countries have a deep economic relationship that some American officials worry leaves the U.S. too vulnerable.

While China is the United States' second largest trading partner after Canada, the U.S. trade deficit with China hit $318 billion last year, far larger than it is with any other country. And the $1.3 trillion in Treasury securities owned by China make it the largest foreign holder of U.S. debt.

Ties have also frayed as the U.S. has accused China of cybertheft of American intellectual property and of holding down the value of its currency to give a price advantage to its companies trading overseas.

U.S. officials have long criticized China for having a poor human rights record with political dissidents and many of its minorities. On Thursday, Obama said at the annual National Prayer Breakfast that he has told leaders in Beijing that "realizing China's potential rests on upholding universal rights."

Meanwhile, Beijing has been modernizing its military forces and engaging in territorial disputes in the seas off East Asia with Japan, South Korea and the Philippines, making countries in the region nervous.

Baucus would replace Gary Locke, the first Chinese-American to serve as U.S. ambassador to China.