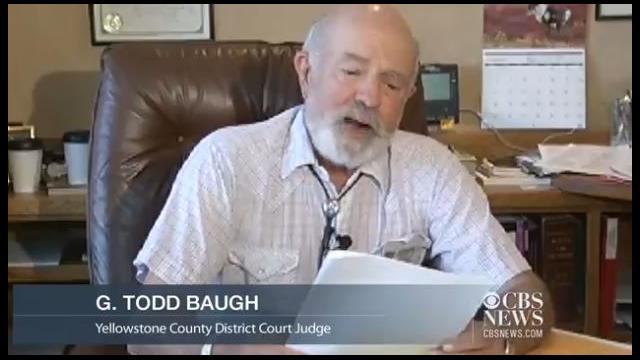 BILLINGS, MONT. –  The Montana judge who said a teen rape victim appeared "older than her chronological age" has sentenced a man convicted of punching his girlfriend to write "Boys do not hit girls" 5,000 times.

A jury earlier this month convicted Ferguson of misdemeanor assault, but acquitted him of felony aggravated assault and felony witness tampering after he admitted in court to punching the woman.

The judge ordered Ferguson on Monday to number the "boys do not hit girls" list, sign it and mail it to him by May 23.

Baugh previously set off a public furor when he made the comment about the 14-year-old rape victim and sentenced her teacher-rapist to only a month in prison.

The Billings Gazette reports Pacer Ferguson also faces eight years in prison for violating the terms of his prior release in a separate case.

A different judge on Monday ruled that Ferguson violated the terms of his release multiple times for a 2003 robbery, including with the recent punching incident.  The judge ordered him to spend eight years in the Montana State Prison to run concurrent to his sentence for the assault.