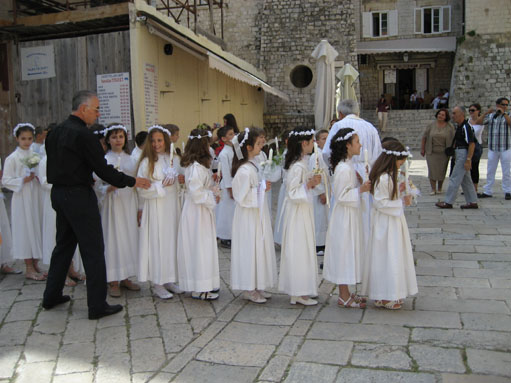 A dust storm from Mongolia is dispersing dust from the Gobi Desert and industrial pollution from China across a quarter of the mainland United States, atmospheric scientists said Tuesday.

The whitish haze has been seen from Calgary, Alberta, to Arizona to Aspen, Colorado, where weekend levels of particulate — matter that reduces visibility and can cause respiratory problems — quadrupled over the previous weekend.

"We normally have our worst pollution days in February during the busiest part of the ski season when lots of people are on the road. We had the same kind of haze when Mount St. Helen's erupted but the particulate didn't come down to the ground level as much," said Lee Cassin, director of Aspen's environmental health department.

Officials at the Naval Research Laboratory in Monterey, California, and NASA confirmed the haze began as a dust storm over China.

"This storm is a godsend to pollution researchers. People are finally realizing that what have been saying for years is true. Pollution from Asia is being carried across the oceans," said Russ Schnell, director of observatory operations for National Oceanic and Atmospheric Administration in Boulder.

Gene Feldman, an oceanographer from NASA's Goddard Space Flight Center in Greenbelt, Maryland, said aircraft have been monitoring particulate in the dust clouds. "At one time, this dust cloud was bigger than Japan," he said.

Schnell said the cloud will reach the U.S. East Coast, but should dissipate within the next several days.

In late 1998, scientists first claimed to have documented the travel of industrial pollution from China to the United States, where it spiked some pollution levels as high as two-thirds of federal health standards.

It is not the first time such a storm has been tracked all the way to the United States, but it is unusual for the conditions to be so visible to the naked eye, said Schnell and Feldman.

"We know that it is having a visible impact across much of the state," said Chris Dan, a spokesman for the air pollution branch of the Colorado Department of Health and Environment.

Health officials are advising people at risk, the elderly, children or those with existing respiratory problems to stay indoors if they notice any effect from the pollution.

By ROBERT WELLER
©MMI The Associated Press. All Rights Reserved. This material may not be published, broadcast, rewritten, or redistributed