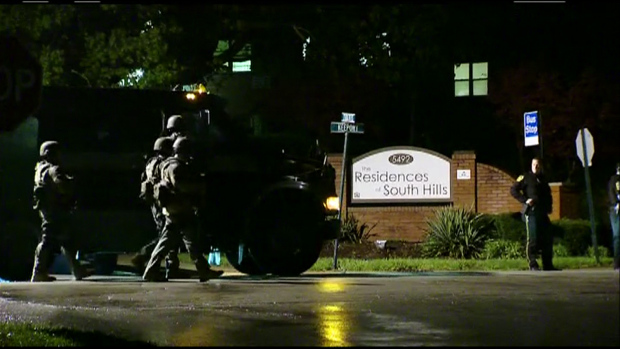 BALDWIN, Pa. - A group of armed men forced their way into an apartment in western Pennsylvania filled with children Wednesday night,

According to Baldwin police, it happened around 10 p.m. in The Residences at South Hills Complex, with up to six masked men entering the apartment and demanding money from a woman who lived there.

Eight children in the apartment, ages 1 to 13, hid in a locked bedroom, while the mother went with the men, and was later dropped off in West Mifflin, about five miles away, says the station.

Not sure if an armed robber had stayed behind at the apartment, a SWAT team eventually surrounded the building to determine when it was safe for the kids to exit.

They used a robot to search the apartment, and at one point, officers crawled in through a window. At around 4 a.m. Thursday, police determined the children were not in danger, reported the station.

According to CBS Pittsburgh, the woman was found unharmed, and no arrests have been made.

Police are searching for the woman's 2007 Ford Explorer, which the gunmen stole.