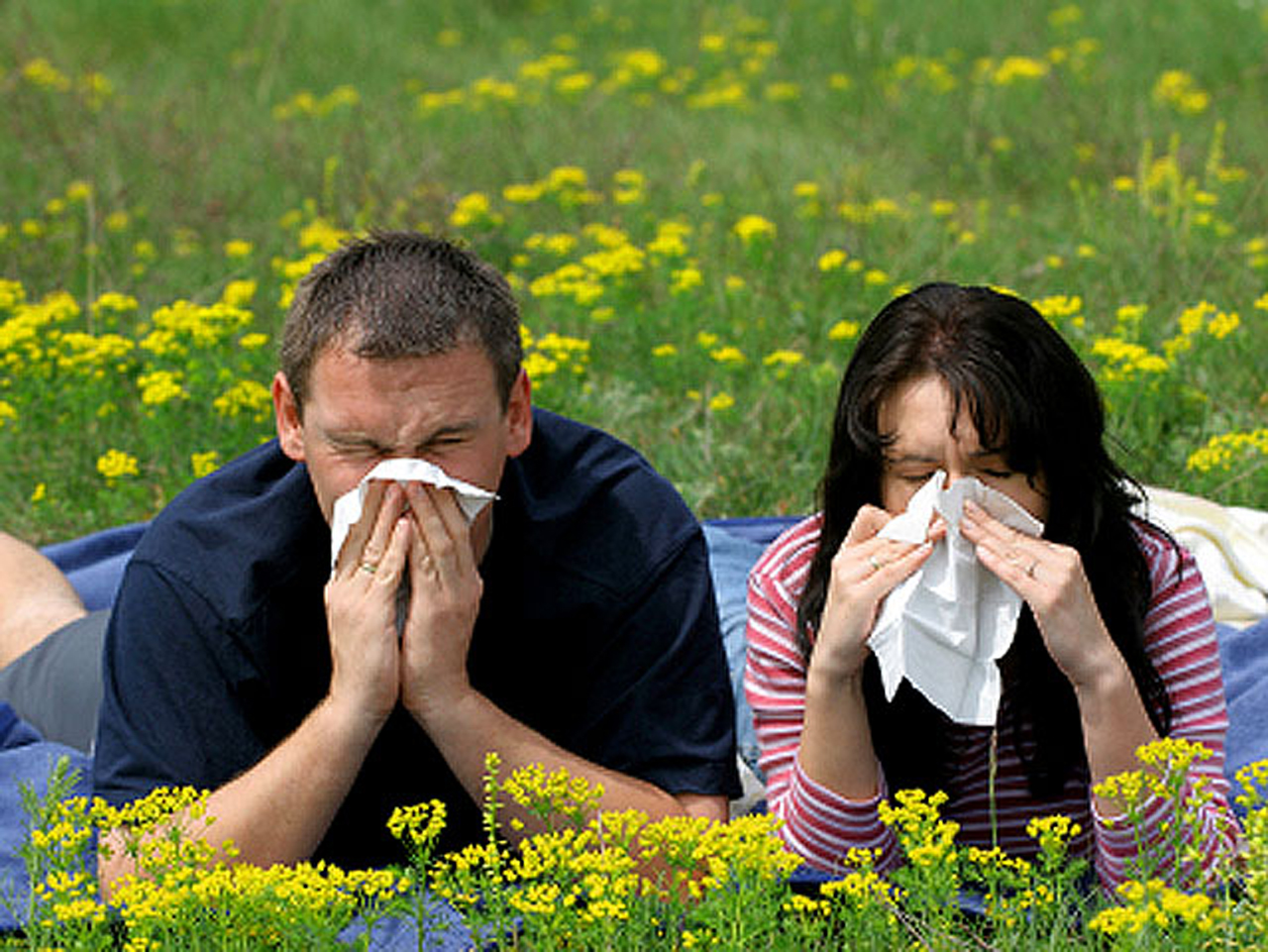 Spring is in the air, which may mean your nose, eyes and throat will soon start to feel the effects.

In the U.S., there are 45 million allergy sufferers --and the Asthma and Allergy Foundation of America says this year's going to be especially rough. Experts say a mix of snowfall from a colder-than-usual winter followed by warmer temperatures, may increase moisture and mold counts in affected areas of the country.

As such, some areas in the country are expected to fare worse in 2014. In its 12th edition of its "Spring Allergy Capitals" rankings of the 100 worst allergy cities, the AAFA looked at pollen counts, rates patients took medication to quell their symptoms, and the number of allergists located in the area.

At the bottom of the list was Colorado Springs, Colo., with a score of 45.09 out of 100. This year at the top was Louisville, Ky., which climbed from the fifth spot in last year's allergy capitals list and earned a score of 100.

"We should point out that even Colorado Springs, Colorado, which came in last at 100, is considered bad for allergies," Mike Tringale, Senior Vice President of External Affairs for AAFA, told Reuters. "There are 320 metropolitan areas in the country and these are the 100 that have the right mix of factors to be considered 'allergy capitals' - i.e., the most challenging for certain allergy sufferers."

Louisville climbed this year's rankings due to above-average pollen counts, high use of allergy medications by city residents and too few allergists in the metro area; the city also ranked first in 2003 and 2009.

The full rankings of 100 cities can be accessed on the AAFA's website.

This year spring-like weather appeared in the U.S. as early as February, causing trees to bud, but sometimes temperatures dropped as much as 50 degrees in the course of a day, with rain and snow accompanying. This extreme weather increased mold and pollen, combining triggers for allergic reactions.

Tips to reduce seasonal allergies include staying indoor on dry windy days, avoiding chores like lawn mowing, weed pulling and gardening that shore up allergens, not hanging laundry outside and wearing a dust mask during when doing work, the Mayo Clinic recommends.

Keep windows and doors closed on days pollen counts are especially high, and avoid outdoor activity in early morning when counts are highest.