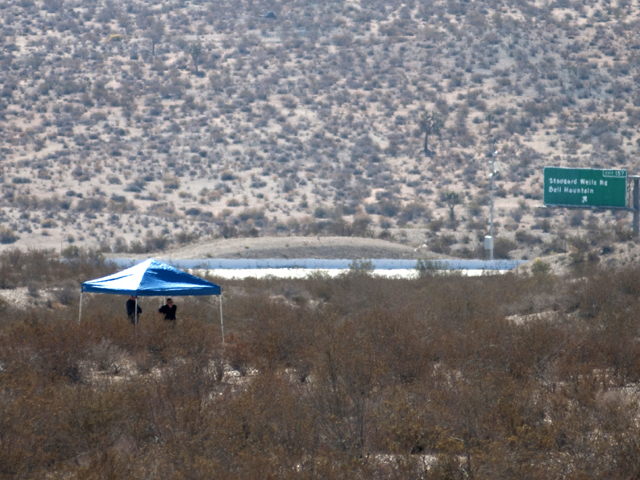 (CBS/AP) VICTORVILLE, Calif. - Deputies and coroner's investigators digging through two shallow graves in Southern California's Mojave Desert found the remains of four people who have not been identified.

Sheriff's homicide detectives and coroner's officials on Wednesday wrapped up the three-day excavation in barren scrubland on the outskirts of Victorville that began when an off-road motorcyclist reported near Interstate 15 found bones that turned out to be human, San Bernardino County Sheriff's Department said in a statement.

"There were two graves where remains were located as well as additional skeletal remains ... near the graves," the statement said.

Medical examiners planned to begin working Thursday, and possibly for the next several months, to determine who the bones belonged to.

A third site that appeared to show some disturbed ground was also dug up but investigators determined it was unrelated to the gravesites.

Authorities went to the site near the Interstate 15 freeway on Monday after an off-road motorcyclist reported finding bones that coroner's investigators later confirmed were human.

"It appears the remains have been there for an extended period of time. Age and gender are unknown pending examination by a forensic anthropologist," the sheriff's department statement said.

"It is difficult at this point to state how long it will take to determine the causes of death," sheriff's spokeswoman Jodi Miller said.

Victorville is in the high desert about 60 miles northeast of Los Angeles. No homes or businesses are near the gravesite.