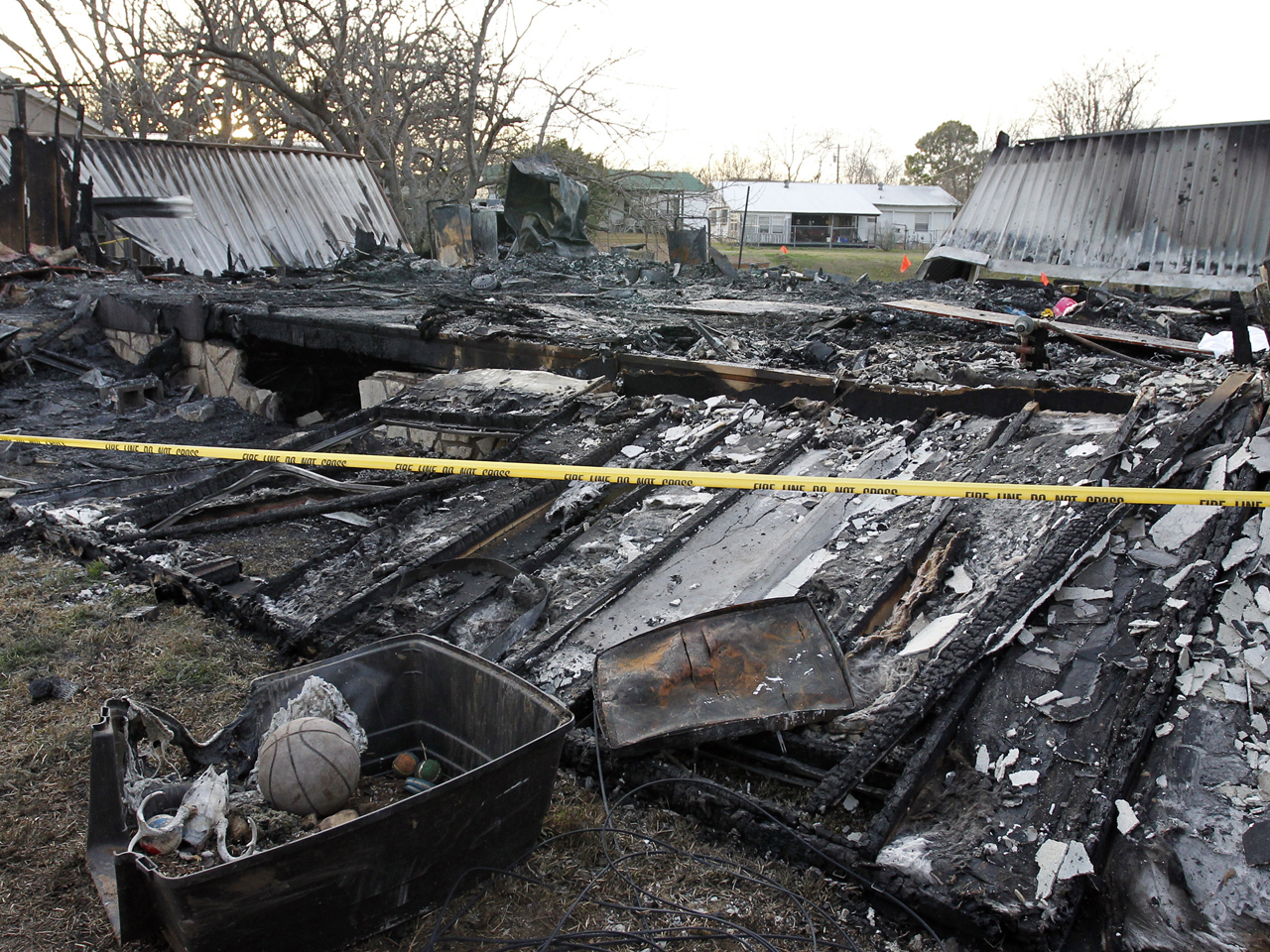 GRANBURY, Texas - An all-night birthday party at a lakefront home in North Texas ended with a fire that killed six people and injured three others, authorities say.

Investigators were still trying to determine the cause of the blaze that happened early Sunday morning at a double-wide mobile home in Lake Granbury, about 65 miles southwest of Dallas, Hood County Fire Marshal Brian Fine said. The dead ranged in age from 18 to 30 years old and included three men and three women who had lingered after the party, which had largely broken up for the night before the fire started, he said.

The identities of the dead and injured were being withheld until their families could be notified, Fine said.

The Port Ridglea East development, where the fire took place, is made up mostly of retirees and weekenders. Some residents said they had heard the party going overnight.

One neighbor, auto mechanic Michael Brennan, said the party woke him up.

"About 2:15 (a.m.), the noise woke me up. There was an argument going on. Then, there were cars pulling out, and I was sort of waiting for the sheriff to show up when the fire happened," he said.

Shirley Culberhouse, who lives about seven houses down the street from the home that burned, said it "was a group of boys who had moved in, and they were having a party."

Neighbor Paul Woods said the house was completely engulfed in flames before neighbors realized what was happening.

"It's just a shock to see a house totally engulfed," Woods told Dallas/Fort Worth television station WFAA-TV. "Especially when the people are still inside. There's nothing you can do ... literally nothing you can do. The flames are pouring out and no way you can get anywhere close to the house."

Two of the injured were airlifted to Parkland Memorial Hospital in Dallas, where they were treated for smoke inhalation and minor cuts and discharged, Fine said. The third was admitted for observation at John Peter Smith Hospital in Fort Worth, Fine said.