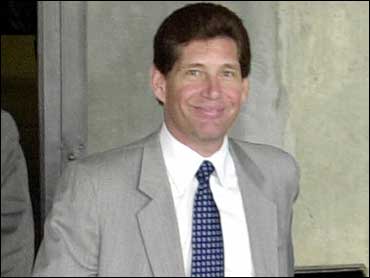 The seeds for betrayal were sown in a secret induction ceremony on Christmas Eve 1988, when close friends John A. "Junior" Gotti and Michael "Mikey Scars" DiLeonardo swore to uphold the mob's code of silence.

Gotti's infamous father, the Dapper Don, wasn't there because he "did not want to show he's forcing his family into the life," recalled DiLeonardo. "It was a class act."

He offered that description and others about the inner workings of the Gambino crime family last week in federal court amid the Mafia equivalent of a messy divorce.

DiLeonardo, 50, broke his vow to the Gambinos by pleading guilty in 2003 and agreeing to testify against the younger Gotti at a racketeering trial. During four days on the witness stand, the admitted killer and government's star witness told jurors about Gotti's alleged crimes — including a botched kidnapping of radio show host Curtis Sliwa — and about his torment over becoming a turncoat.

"John was very, very good to me," DiLeonardo said in one of several odes to the family scion. "I love John."

By his own account, DiLeonardo was to the 41-year-old Gotti what the most notorious Gambino cooperator, Salvatore "Sammy the Bull" Gravano, had been to Gotti's father: his confidant, his enforcer and, possibly, his undoing. The elder Gotti died in prison in 2002 after Gravano's testimony helped put him away a decade earlier.

The grandson of a gangster, DiLeonardo testified that he committed three murders and "extorted everybody I could" while rising through the Gambino ranks. Not all his lessons were learned on the street: He said he twice read "The Prince" by Niccolo Machiavelli.

DiLeonardo said he eventually became a captain charged with collecting kickbacks from the construction industry, with millions of dollars going to Gotti. As a member of a council that assumed control of the family after his father was jailed in 1992, Gotti "had it coming," but was quick to share the wealth, DiLeonardo said.

"His gifts were greater than my gifts," he said. "I couldn't keep up with him."

DiLeonardo made enough money himself to build a multimillion-dollar home that featured a fence crowned with gargoyles "to keep away evil," he said. The income also helped support children he had both with his wife and girlfriend — not an unusual burden, he said, given the "social structure" of the mob.

"We don't really socialize with our wives," he explained. "When we go out and commiserate, we don't take our wives to mix among gangsters and killers — we take our girls. ... You're an oddball if you didn't do it."

DiLeonardo testified that Sliwa was targeted in June 1992 after Gotti grew tired of hearing the rant radio personality and founder of the Guardian Angels crime-fighting group bash his father on the air.

"You guys are going to have to do a piece of work for the family," DiLeonardo quoted Gotti as saying at a meeting with his crew.

The witness said Gotti ordered a "severe hospital beating." Instead Sliwa was shot during a struggle in a stolen cab; he survived, and testified last week against Gotti.

With Gotti in prison on a 1999 racketeering conviction, DiLeonardo was arrested and jailed in 2002. He was soon shocked to learn the Gambinos cut off his income and stripped him of his rank as captain.

He eventually agreed to cooperate. But he testified that once he pleaded guilty and was released into the witness protection program, he became so distraught by the thought of betraying his "brother John" that he tried to kill himself by overdosing on sleeping pills.

"John and I had a special bond in this life, and I always said I'd have undying loyalty to that man," he said. "I love that guy."

DiLeonardo emerged as a key witness last year in a case charging Gotti's uncle with being the acting boss of the Gambinos and with ordering a failed hit on Gravano; the uncle was convicted in 2004 and sentenced last month to 25 years in prison.

While awaiting Gotti's trial, DiLeonardo said, he anxiously scanned newspaper and Web sites for news about his old friend and partner in organized crime.

"I has hoping John Jr. may have flipped and I wouldn't have to take the stand," he said. "I was rooting for him to flip."