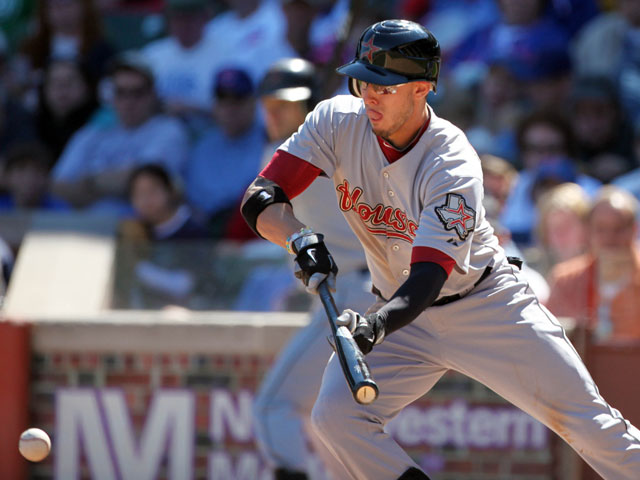 (CBS/AP) TAMPA, Fla. - Houston Astros' outfielder Jordan Schafer has been arrested in Florida and charged with felony possession of marijuana, after allegedly smoking a joint at a traffic light while stopped next to a police car.

A police report says the 24-year-old Schafer pulled up to the traffic light next to a police car with his black Land Rover's windows down. Police say officers noticed a strong marijuana smell and saw Schafer smoking a marijuana cigarette.

After he was stopped, police say Schafer admitted smoking marijuana and that he had more in the vehicle. A subsequent search turned up less than an ounce in a plastic container and a small amount inside "three small marijuana peanut butter cups," according to the police report.

According to an arrest report from the Hillsborough County Sheriff's office, Schafer was arrested early Tuesday morning in Tampa and was released on a $2,000 cash bond.

In 2009, the Braves picked the then-22-year-old rookie as their starting center fielder. He won the job even though he had never played above Double-A-Mississippi and was suspended for the first 50 games of the 2008 season for a violation of baseball's drug policy.