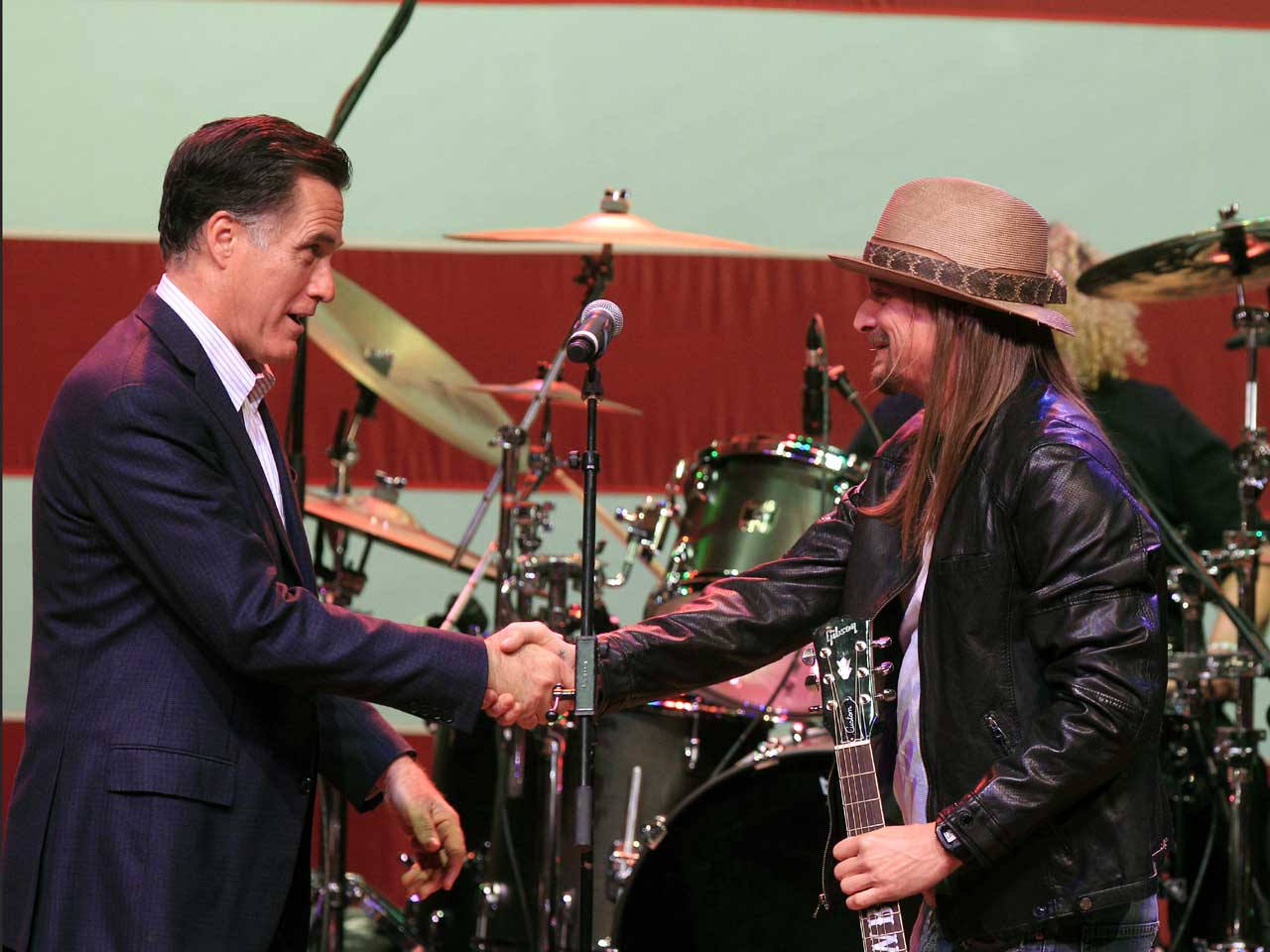 It's unclear to what degree Romney, who carries an iPad on the road, uses the service: A note announcing the playlist on his Facebook page says "A lot of you ask what Mitt listens to on the road. We compiled a list of favorites and put them on Spotify. Subscribe and let us know what you think."

But the list certainly does seem to reflect Romney's tastes. Romney has said in the past that Roy Orbison, The Eagles, the Beatles and Randy Travis are among his favorites. Perhaps more surprising is his fandom of modern rock band The Killers, which he has also referenced in past interviews.

"I like listening to his music," Romney said on CBS Radio in Michigan ahead of that state's February 28 primary. "I don't actually try to sense their personal family values...I listen to a lot of rock music and country music."

Romney's Spotify playlist includes two Killers songs, "Read My Mind" and "Somebody Told Me," as well as two songs from Orbison: "In Dreams" and "Crying."

Also making appearances are The Soggy Bottom Boys, Clint Black, Johnny Cash and Kerry Underwood, as well as Willie Nelson (for "Over the Rainbow") and Kid Rock, who has endorsed Romney and whose "Born Free" is played at his rallies.

I am a Man of Constant Sorrow -- The Soggy Bottom Boys

Read My Mind -- The Killers

Somebody Told Me -- The Killers

The MTA (The Boston Subway Song) -- The Kingston Trio

Only You (Long Version) -- Commodores

It's Your Love -- Tim McGraw

As Good as I Once Was -- Toby Keith

Over The Rainbow -- Willie Nelson