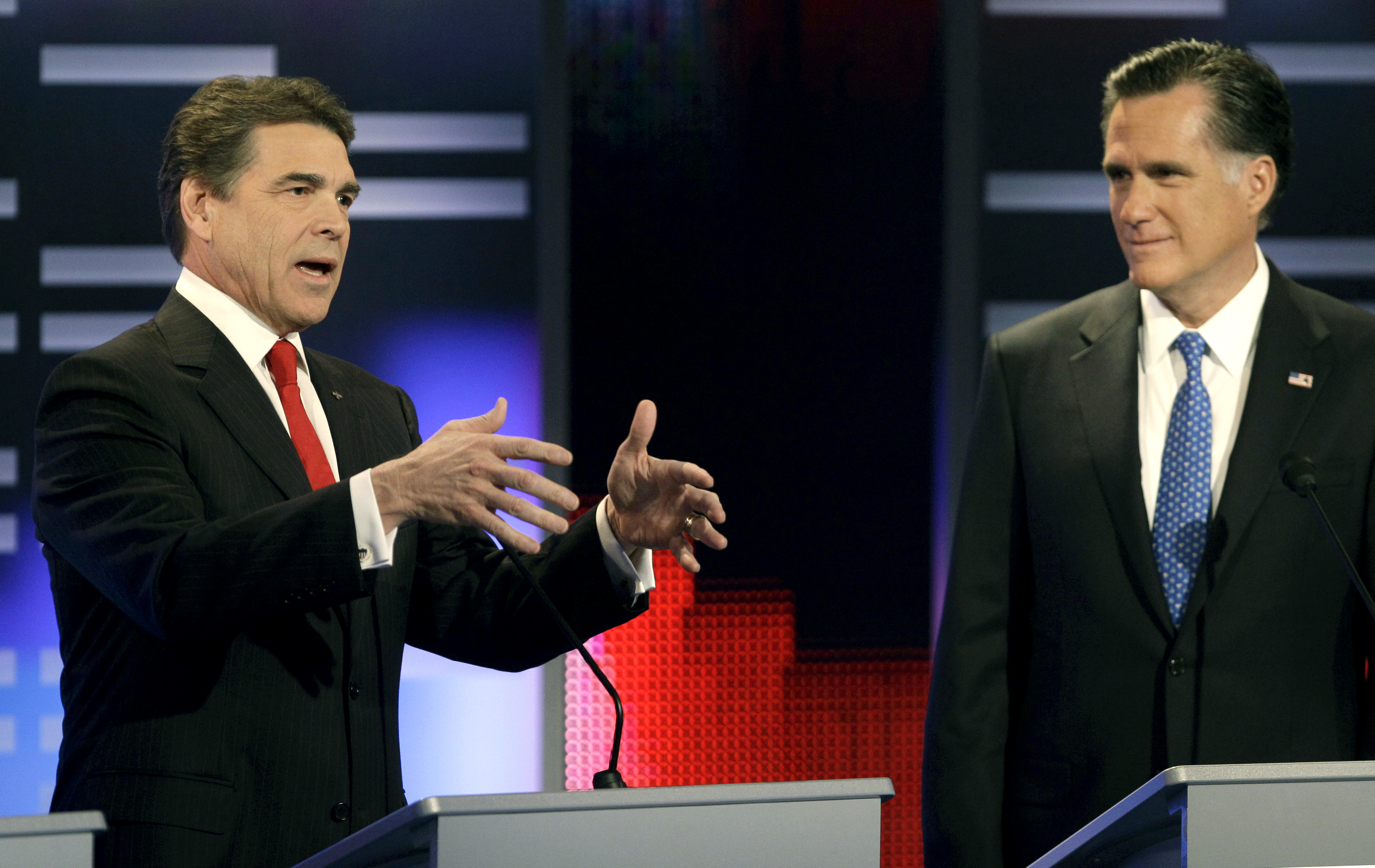 Republican presidential candidate Mitt Romney is getting hammered by both his Democratic and Republican opponents for challenging Rick Perry to a $10,000 bet on Saturday night, leaving the former Massachusetts governor on defense.

Romney challenged Perry to the $10,000 bet during Saturday night's debate after the Texas governor accused Romney of once advocating for using Massachusetts' health care mandate as a national model.

"This was an outrageous number to answer an outrageous charge from [Perry], and it's been proven wrong time and time again, and he keeps raising it," Romney said on Fox News Monday morning. "I said 'Okay, let's put something outrageous there'. It's like saying 'Hey, I'll bet you a million bucks X, Y, or Z.'"

The GOP candidate criticized President Obama and his supporters for using the moment to cast Romney as out of touch with the American electorate.

"What the American people are tired of listening to is President Obama trying to find some way to deflect blame," he said. "He's been pushing this idea that somehow I'm not in touch with everyday people, because I put out an outrageous number for an outrageous charge."

Indeed, the Democratic National Committee immediately seized upon Romney's proposed wager, tweeting lines like, "FACT: $10,000 is almost three times what the average family spends on groceries in a year." Bill Burton, who runs the pro-Obama group Priorities USA, said the comment shows Romney "could not be more out of step."

Still, it's not just Democrats following that line of attack. Perry on Fox News Sunday called the bet "a little out of touch with the normal Iowa citizen." The Perry campaign also produced a web video focusing on Romney's position on the health insurance mandate and the debate moment. While ominous music plays and images of Romney flicker, words on the screen read, "One bet you can count on... the truth isn't for sale."

Former Utah Gov. Jon Huntsman -- who is trying to gain momentum in New Hampshire, where Romney currently leads -- went so far as to create an entire website slamming Romney for the debate moment: 10kbet.com.

Romney was left backpedaling Sunday in New Hampshire, when he told the media that "after the debate was over, Ann came up and gave me a kiss and said I was great and she said 'There are a lot of things you do well; betting isn't one of them."

While Romney's net worth was estimated by his campaign to be between $190 million and $250 million, the candidate on Sunday shared a story about a time in his life when he lived on a very modest income. As a Mormon missionary in France in the 1960's, Romney said, he lived on no more than $110 a month in apartments with little or no plumbing.

It's unclear how much lasting damage the bet could do to Romney, who already appears to be losing ground to former House Speaker Newt Gingrich. Romney's wealth is no secret -- his $12 million San Diego home and his New Hampshire lakehouse valued at more than $10 million have been the focus of media reports, and during a visit to Florida this summer, he raised some eyebrows by telling a group of jobless workers, "I'm also unemployed."