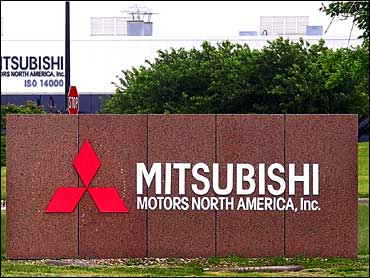 Japanese automaker Mitsubishi Motors Corp. will cut nearly 11,000 jobs, or 22 percent of its global work force, close an assembly plant in Japan and receive a $4 billion infusion from the Mitsubishi group and other investors under a revival plan its chief executive described as its "last chance."

The Normal plant is Mitsubishi's only in North America. In April, the company halted production there for six days, and has announced plans to double its traditional five-day summer shutdown to reduce inventory.

The plant has about 2,870 union workers and 490 nonunion employees. It produces five models, including the Eclipse, Galant and Endeavor SUV.

The automaker, burdened with more than 1 trillion yen ($9 billion) in debt, plunging car sales and a spate of recalls, also reported a much steeper than expected loss of $1.9 billion for the fiscal year ended March 31.

The automaker had been dealt a serious blow by a surprise announcement last month by U.S.-German automaker DaimlerChrysler that it would not provide a fresh cash infusion. Its image has been badly tarnished by recurring defect cover-ups that began four years ago.

"This is our last chance to continue as an automaker," said Mitsubishi Motors CEO Yoichiro Okazaki.

Standing before a packed room of reporters at Tokyo headquarters, Okazaki also apologized and bowed deeply to the families of the two people who had died in 2002 accidents, suspected of being linked to defects in wheels and clutches of Mitsubishi trucks, resulting in thousands of vehicles being recalled this year.

The proposed job cuts will reduce the company's global work force to 38,200 by April 2007 from the current total of 49,100, officials said. Mitsubishi, which employs workers in factories and offices in Japan, the United States, Europe and Australia, did not give a regional breakdown of the job cuts.

Under the plan, DaimlerChrysler's stake in Mitsubishi Motors will be diluted to between 22 percent and 23 from the current 37 percent, but officials said the alliance projects will continue such as the joint development of small cars and engines as well as sharing parts called platforms.

The top shareholder will be investment fund Phoenix Capital, which is affiliated with the Mitsubishi group, at about 40 percent. The Mitsubishi conglomerate, which includes Mitsubishi Heavy Industries, trading company Mitsubishi Corp. and Bank of Tokyo-Mitsubishi, is also contributing money to the revival plan.

Also Friday, Mitsubishi Motors said it had fallen deeper into the red than its forecast for the fiscal year ended March 31, posting a net loss of 215 billion yen ($1.9 billion), a reversal from a 37 billion yen profit the previous year, partly because of massive losses from buyers with bad credit in North America. Sales totaled 2.5 trillion yen ($22 billion), down 35 percent from 3.9 trillion the previous year.

The loss was nearly triple the 72 billion loss it forecast in February.

Mitsubishi Motors expects another loss this year but aims to return to profitability by the fiscal year ending March 2006. In the year ending in March 2007, the company is targeting a net profit of 70 billion yen ($625 million) on sales of 2.49 trillion yen ($22 billion).

Yasuaki Iwamoto, auto analyst with Okasan Securities Co. in Tokyo, said the plan the planned closure of the Okazaki plant was a good sign the automaker may be serious about cutting costs.

"But the test of whether the company can really motivate its people to carry out the goals still lies ahead," he said. "It's a question of how well it can actually carry out the plan."

Mitsubishi Motors' biggest problem is its loss of credibility with Japanese drivers.

It is now under criminal investigation for possible defect cover-ups. On Thursday, Mitsubishi Fuso Truck & Bus Corp., which was spun off from the automaker, acknowledged that defects had probably been concealed and announced a recall of 180,000 trucks.

Those defects are suspected in an October 2002 crash in which the driver of a Mitsubishi truck crashed and got thrown out of the truck. The wheel defect is under investigation in the January 2002 death of a pedestrian, who was crushed by a wheel that rolled off a Mitsubishi truck. The company also admitted defect cover-ups in a massive recall of passenger cars in 2000.

Mitsubishi Motors appointed Hideyasu Tagaya, who has experience with North American operations in the 1970s and 1980s, as chief operating officer and president Friday, subject to shareholders' approval in June.

Mitsubishi also added officials from Mitsubishi Corp. and Tokyo-Mitsubishi bank on the board and promised to include outsiders in a panel overseeing corporate ethics to ensure car quality and safety to win back customer trust.

"I see it as my mission to carry out this plan," Tagaya said. "It will not be easy."