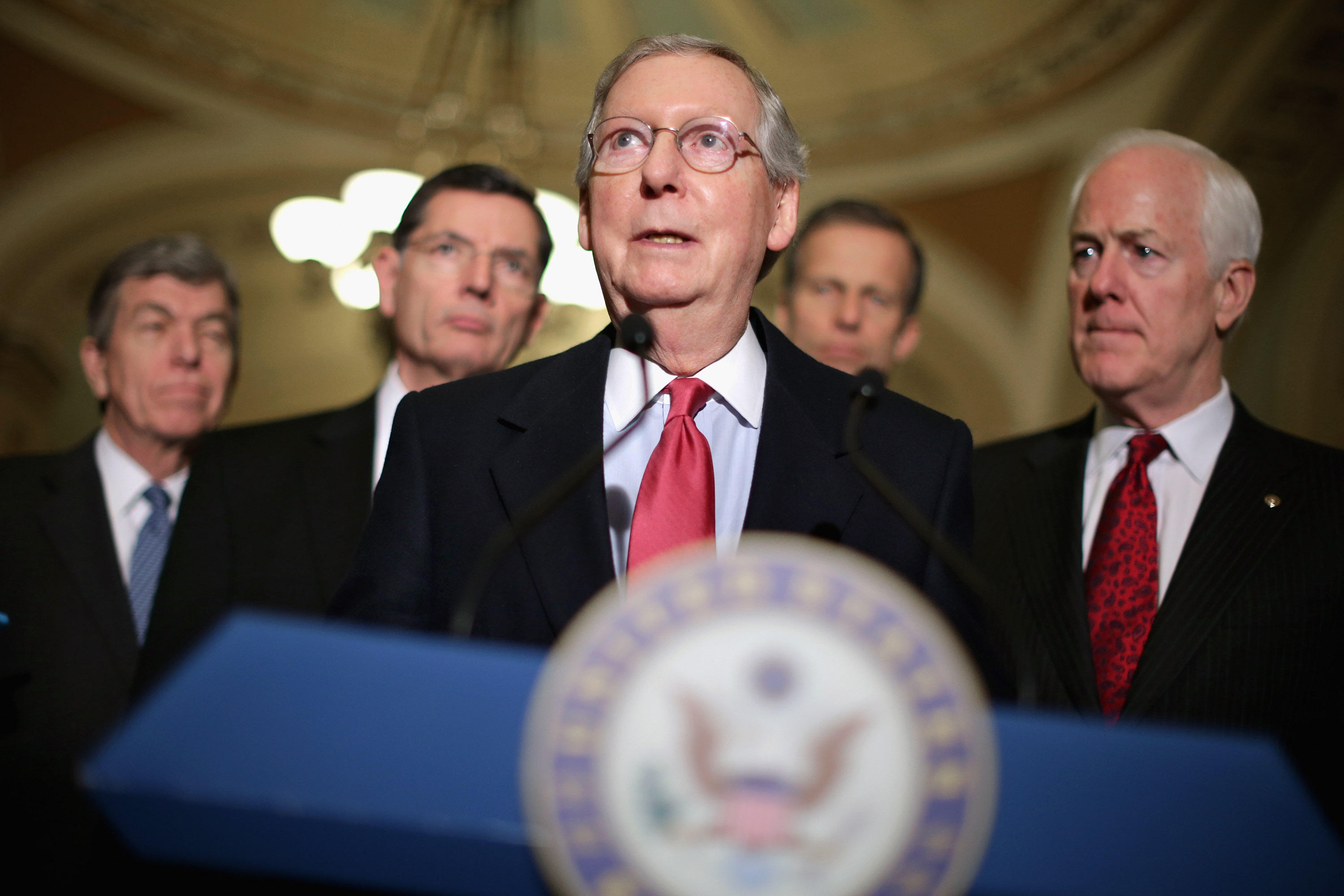 Kentucky Republican Mitch McConnell has become the Senate's longest-serving Republican leader on Tuesday by controlling the conference for 11 years five months and 10 days, according to Roll Call's count. He has surpassed former Sen. Bob Dole of Kansas who previously held the record.

First elected to the Senate in 1985, McConnell is also Kentucky's longest-serving senator. He's the second Kentuckian to ever serve as Senate majority leader. The first was Vice President Alben Barkley who led the Democrats from 1937 to 1949.

McConnell previously served as the Republican leader from the 110th through the 113th Congresses and as the majority whip in the 108th and 109th Congresses.

In remarks honoring Dole in January, Sen. McConnell acknowledged the path he shared paths with the elder senator. They both arrived at the Senate in 1969 -- Dole as a new senator and McConnell as a staffer.

"I didn't understand how high Bob set the bar until my turn came to follow in his footsteps. You see, Bob and I are members of a small, elite group. We've shared a unique role, one with intense demands and awesome responsibilities. That's right. We're the only two Americans in history to serve as First Gentleman of the Department of Transportation and the Department of Labor," he quipped.

He added, "As a leader, [Dole] prized results over rhetoric. And above all – from Castel d'Aiano to Percy Jones Army Hospital to his favorite Senate balcony, facing the Mall – this soldier, statesman and American hero has never stopped fighting for vulnerable people who have less power and less strength than he does. That is the true measure of servant leadership."

He added that McConnell "understands his caucus and represents them well, he knows how to fight and knows how to cooperate. The job is not an easy one, so it's testament to his qualities that he's done it longer than anyone in the history of the senate."

Sen. John Corny, R-Texas, called McConnell's time in the Senate a "historic tenure", saying it's been a privelege to serve alongside the leader in his role as Republican Whip.

"I've had an opportunity to work with the leader on a daily basis and it's been one of the highlights of my Senate career," Cornyn said on the Senate floor. He added, "Sen. McConnell has done it the old-fashioned way, he earned it. He earned this role as our leader and certainly the respect that goes along with it."

Cornyn called McConnell "trusted" and an "impressive strategist" saying that he understands the Senate "better than anywone else here."

"Time and time again he's demonstrated what leaders need to demonstrate and that's a remarkable degree of humility," added Cornyn.

Some of McConnell's colleagues made light of the historic achievement. Sen. Lindsey Graham, R-South Carolina, said that McConnell managed to "survive longer than anybody."

"I don't know why he did it, I don't know why you want this job, but I'm glad you got it," remarked Graham. He later called him an "institutional leader" who loves the Senate.

"We disagree on some of the big issues but I respect him. He's a brilliant tactician, he knows how to make the mule plow," Kennedy told reporters on Tuesday.

"He doesn't worry about being popular or unpopular. He really does take  the long view," he added.

McConnell will be up for reelection in 2020.