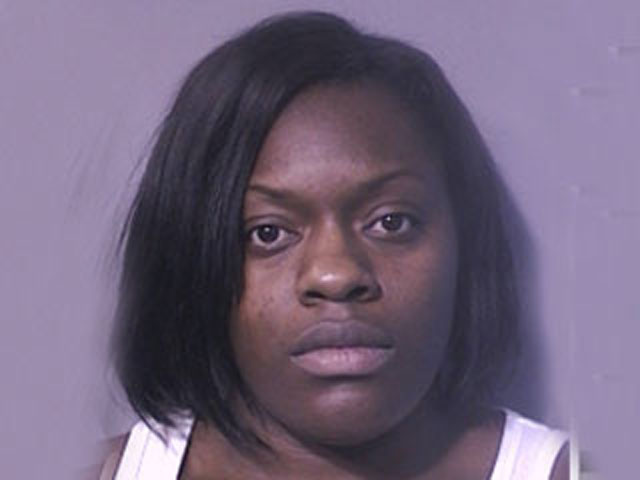 (CBS/KHOU) HOUSTON  - Tyonne Palmer, the mistress of a Houston pastor convicted of murdering his wife, was found guilty Thursday of murder and tampering with evidence for her involvement in the murder-for-hire plot of Pastor Tracy Burleson's wife, Pauletta.

Prosecutors said the former pastor of the First New Mount Calvary Baptist Church convinced his son, William Fuller, to kill his wife on May 18, 2010. Palmer tried to help with the cover up, reports CBS affiliate KHOU.

Fuller allegedly snuck up behind his stepmother and fatally shot her outside her home. Burleson claimed he had nothing to do with his wife's murder but investigators were quickly able to figure out the truth.

Burleson told police he left his home following an argument with his wife and drove to a neighborhood store to buy potato chips and candy. He said he found his wife lying dead outside after returning home.

According to investigators, the store Burleson said he went to closed at 10 p.m., which was before the time the pastor said he left. He did not have any snacks with him when he returned.

Upon further investigation, police were led to the pastor's son. When they questioned Fuller, they say he cracked and made a shocking confession.

According to documents, Fuller admitted that he shot and killed his stepmother at the request of his father, who was to profit from his wife's life insurance. This is a claim that Burleson has denied.

Fuller then said he called Palmer who was allegedly having an affair with both men. Burleson admitted he was involved with Palmer and said he had found out about his son's affair with her a short time before his wife's death.

According to police reports, Palmer picked up the gunman, drove him to get cleaned up and assisted in burning the gun used in the shooting.

It took the jury less than 24 hours to return with Palmer's verdict.

Meanwhile, Burleson was convicted of capital murder on September 29 and sentenced to life without the possibility of parole.

Fuller has not gone to trial yet.