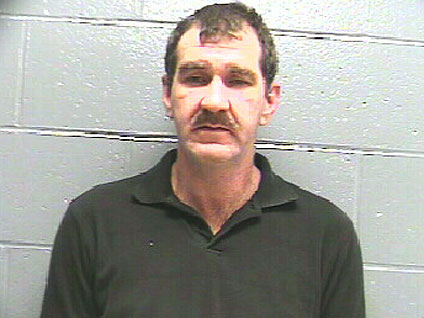 KIRKWOOD, Mo. (CBS/AP) A horrendous discovery has led to the arrest of five men  in a case classified by a prosecutor as "one of the most horrific" in the Western District of Missouri.

The alleged "mastermind" of the operation, Edward "Master Ed" Bagley, is accused of branding, torturing and sexually abusing a mentally disabled woman over a period of five years.

Along with Bagley, 43, the FBI arrested four other men on Thursday who allegedly participated in the sexual degradation of the young woman.

Bradley Cook, 31, Dennis Henry, 50, Michael Stokes, 62, and James Noel, 44, are accused of paying Bagley to either watch him torture the mentally disabled woman online or torture her themselves, prosecutors told St. Louis Today.

During a nearly fatal torture session on February 27, 2009, Bagley electrically shocked and suffocated the victim until she suffered a heart attack and was taken to a hospital, say officials.

According to the indictment, Bagley met the young runaway when she was 16-years-old. He promised her a better life and a future as a model and dancer; however, Bagley soon began feeding the young girl drugs, showing her pornography, and abusing her both sexually and physically.

On her 18th birthday, he allegedly "beat, whipped, flogged, suffocated, choked, electrocuted, caned, and skewered" the girl until she signed a "sex slave contract," which she believed turned her into property owned by Bagley  - complete with a tattooed bar code.

The indictment goes on to describe other torture methods too violent and sickening to describe.

In 2005, he advertised the young girl's "services" and opened up the torture to others, specifically Henry, Stokes, Noel and Cook who allegedly gave him cash, cigarettes, and meat in exchange for access to the girl online or in person, says St. Louis Today.

According to the indictment, if the young girl ever resisted, the torture only got worse. It also claims that Bagley performed abortions on the alleged victim.

Court documents allege that Cook has a long history of violent behavior, sadomasochistic conduct and drug abuse and that "he tortured and sexually mutilated at least two other female victims in the past," reports St. Louis Today.

If convicted all of the men could face life in prison.