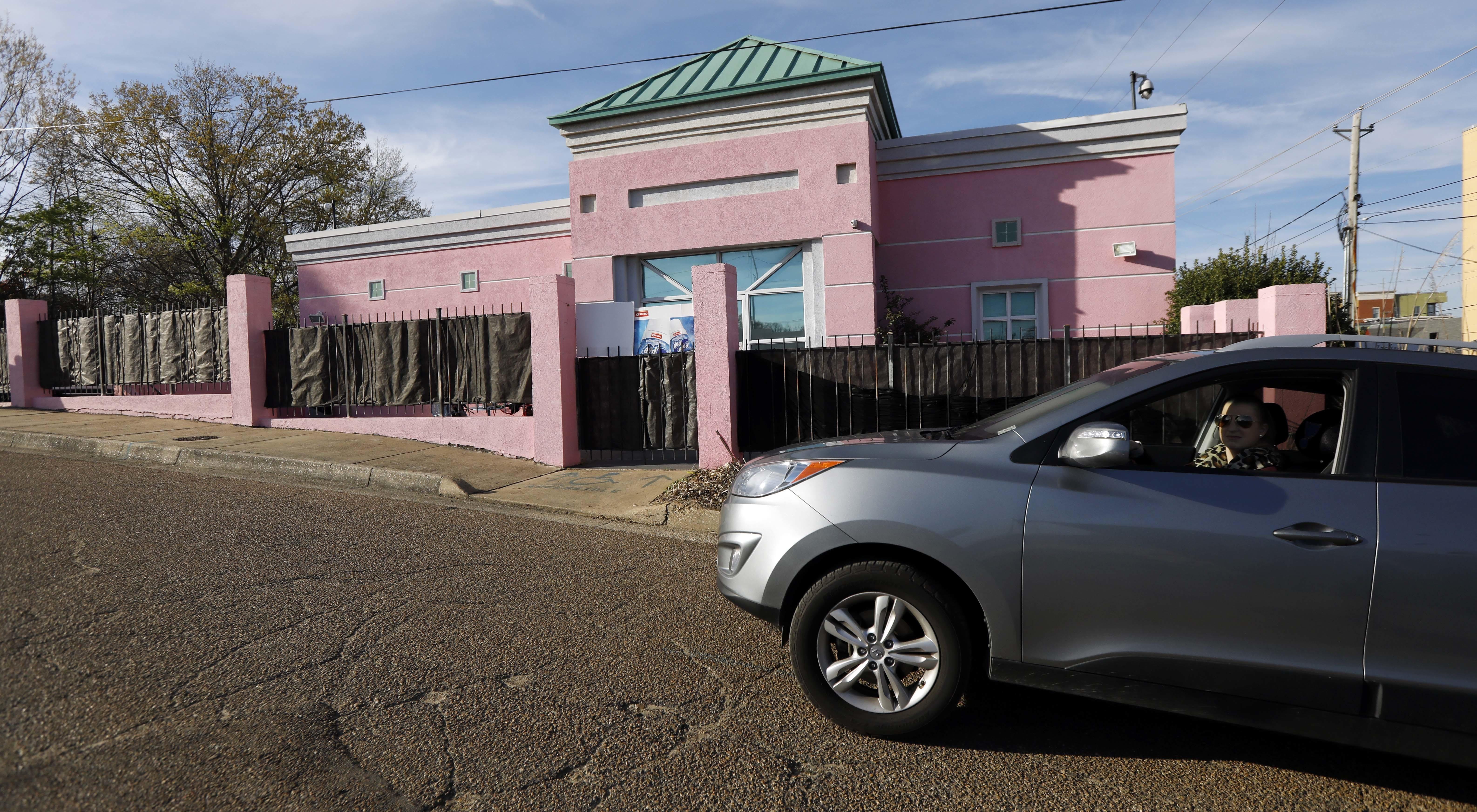 JACKSON, Miss. — A Mississippi bill to make most abortions illegal after 15 weeks of pregnancy is now awaiting the governor's signature, a step likely to trigger a tough legal challenge against what would become the nation's most restrictive abortion law. Lawmakers in the Republican-controlled Legislature sent the bill on Thursday to GOP Gov. Phil Bryant. House Bill 1510 would make abortion illegal in most cases after 15 weeks of pregnancy, which would be the earliest cutoff in the nation.

The House voted 75-34 for the bill on Thursday, two days after Senate passage. Because of paperwork, the bill won't reach Bryant's desk until next week. Bryant is expected to sign the bill. He tweeted earlier this week, "As I have repeatedly said, I want Mississippi to be the safest place in America for an unborn child. House Bill 1510 will help us achieve that goal."

Already, the state's only abortion provider has pledged to sue, and Mississippi's attorney general said he expected a vigorous legal battle ahead.

"We are protecting more women, we are protecting more children," said House Judiciary B Committee Chairman Andy Gipson, a Braxton Republican. "By 15 weeks, you have a child in the womb who has a heartbeat, who for all practical purposes has taken on the form of a person."

Under the Supreme Court's 1973 Roe v. Wade ruling establishing a nationwide right to abortion, states were permitted to restrict abortions after viability — the point when the fetus has a reasonable chance of surviving under normal conditions outside the uterus. The ruling offered no legal definition of viability, saying it could range between 24 and 28 weeks into a pregnancy.

The Mississippi measure "seems like a pretty simple bill designed to test the viability line that the Supreme Court has drawn," said David Forte, a law professor at Ohio's Cleveland State University.

Abortion-rights-groups immediately denounced the bill, saying it is not legally or medically sound.

"We certainly think this bill is unconstitutional," said Katherine Klein, equality advocacy coordinator for the American Civil Liberties Union of Mississippi. "The 15-week marker has no bearing in science. It's just completely unfounded and a court has never upheld anything under the 20-week viability marker."

She predicted a court challenge will result in a costly loss for the Mississippi law.

"We're thrilled that Mississippi lawmakers are taking a step to protect the basic right to life, as well as protecting maternal health," said Jameson Taylor, acting president of the conservative Mississippi Center for Public Policy. The center helped craft the bill.

House Bill 1510 includes two exceptions: if the fetus has a health problem that would prevent it from surviving outside the womb at full term, or if the pregnant woman's life or a "major bodily function" is threatened by the pregnancy. Pregnancies as a result of rape and incest are not exempt.

It's unclear if a 15-week ban will move forward elsewhere. A bill has been filed for Louisiana's upcoming legislative session. Gipson said lawmakers in Texas, Georgia, and "some Midwestern states" are exploring the idea. An appeals court in 2015 struck down efforts in North Dakota to ban most abortions after six weeks, when a fetus develops a detectable heartbeat, and in Arkansas after 12 weeks.

Democratic Attorney General Jim Hood said Thursday that he expected legal challenges and he noted that less-restrictive measures banning abortion after 20 weeks of pregnancy have been struck down in other states. The U.S. Senate earlier this year rejected such a ban nationwide when supporters couldn't reach a 60-vote supermajority to act.

Mississippi's 20-week ban has never been legally challenged, in part because the state's only abortion clinic, the Jackson Women's Health Organization, doesn't perform abortions that late in pregnancy. According to state Department of Health statistics, 85 percent of abortions in Mississippi took place before 12 weeks in 2016.

Diane Derzis, who owns the clinic, has said it provides abortions as late as 18 weeks after pregnancy. Most of Mississippi's 2,500 abortions in 2015 took place at the clinic. Before the bill was passed, Derzis said she would sue. She did not respond to text or telephone messages seeking comment Thursday.

Taylor said the Alliance Defending Freedom, a Christian conservative legal advocacy group, was among those that vetted the bill's language. The Arizona-based alliance didn't respond to questions. Senior counsel Kevin Theriot said in a statement that the alliance "supports states' important and legitimate efforts to protect the health and safety of women and children."

Forte and University of Chicago Law Professor Geoffrey Stone said they believe the chances the Supreme Court will consider a major abortion case are slim as long as the current justices remain, though a case could ascend quickly on an emergency appeal of a lower court ruling.

Mississippi lawmakers may be hoping that one of the justices more favorable to abortion rights, such as Anthony Kennedy or Ruth Bader Ginsburg, will have stepped down by the time the state's case reaches the Supreme Court.

Kennedy, for example, has twice in the past 26 years been part of a 5-4 majority upholding abortion rights.

"If Anthony Kennedy has already stepped down, this would make perfect sense," Stone said.