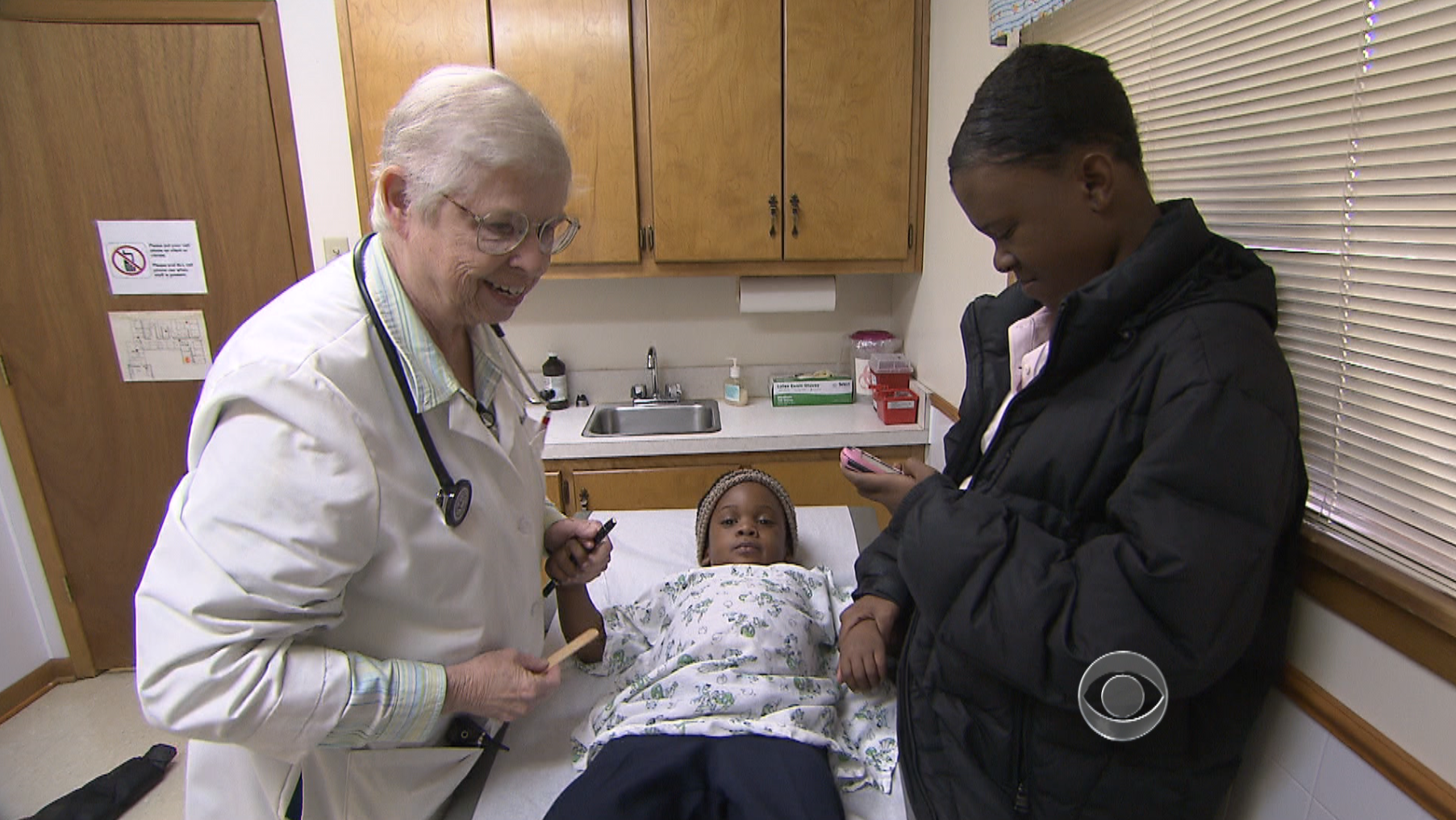 (CBS News) TUTWILER, Miss. -- Mississippi is a state that has, for nearly a decade, ranked dead last in overall health.

CBS correspondent Byron Pitts reports on a woman there who's made treating the sick more than just a job - it's her calling.

Folks in Tutwiler, Mississippi say Sister Anne Brooks is a savior. In part, because she is the only "doctor" in town.

Brooks sees 8,500 patients a year from around the Mississippi Delta. Mississippi has the highest rate of infant mortality and obesity in the nation. One out of 3 people in this county lives in poverty, and 7 out of 10 who walk through her door have no way to pay.

"They come in here with really serious disease problems," Brooks said. "That's why when people come and they don't have money, we take care of them."

When asked how she could afford to help, Brooks simply answered, "I'm a sucker."

Doctor Brooks has been treating patients here for 28 years. At age 73, she still works 12 hours a day, seven days a week.

"Last year I spent $48,000 buying medicine for people who couldn't afford it but would have died if they didn't have medicine," she explained.

All the money came from donations. Just getting by is a priority for most here. So preventative health care is a luxury.

"Do you find yourself coddling your patients, do you show them tough love?" Pitts asked.

"Sometimes I'll ask them have they bought their coffins yet," Brooks said. "People need the reality of what they are doing to themselves and when they do sometimes it really helps."

60 Minutes first visited Doctor Brooks in 1990. Since then, not much has changed for the patients or the doctor. A decade later, she still feels she's gotten just as much back as she has given. What she really prays for, is a second doctor - to help with the work.

Asked what she would do to help improve the lives around her, she says, "I would probably try and find work for people."

It's a dream she's kept alive here for nearly three decades, by providing love and vital care to those in need of both.