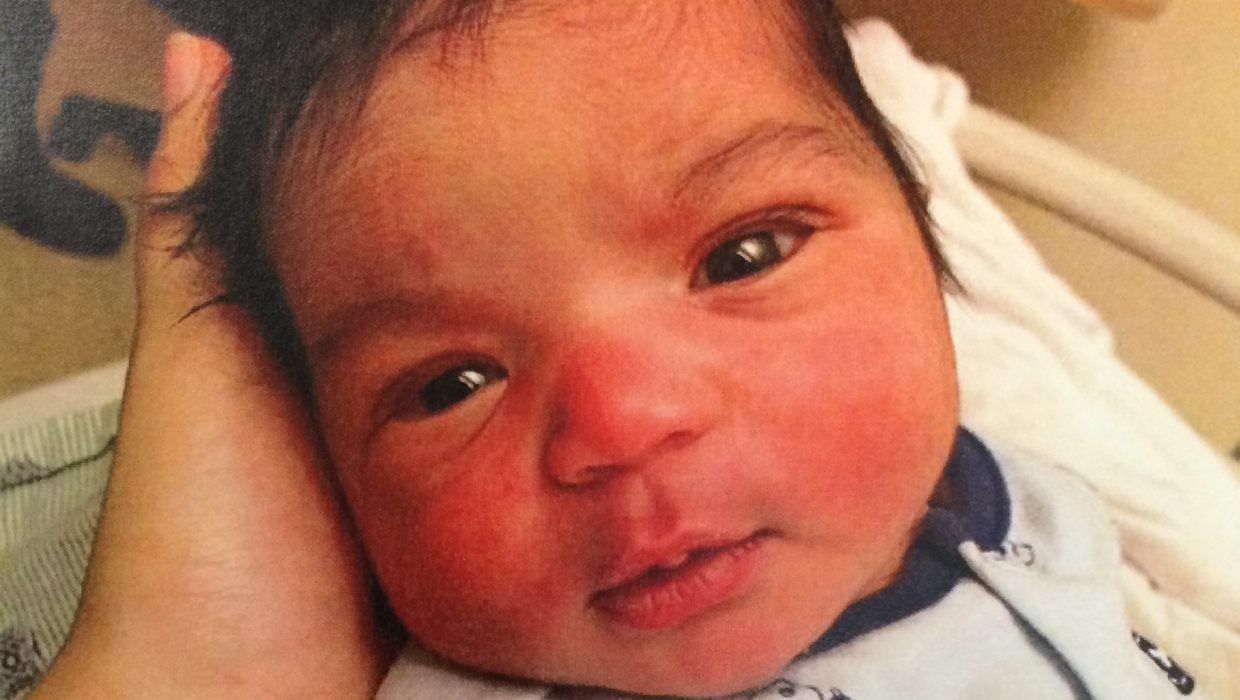 Town of Beloit Police Chief Steven Kopp says the nearly week-old baby was discovered by an officer checking along an interstate near West Branch on Friday morning.

FBI acting special agent G.B. Jones said at a news conference the officer heard the newborn crying and discovered the child in the tote bag. Authorities say the child appears to be in good condition.

Federal, state and local law enforcement officers had been looking for the baby since early Thursday when his mother, 18-year-old Brianna Marshall, discovered him missing from a bassinette in a Town of Beloit home.

Kristen Smith, Marshall's half-sister, was arrested in Iowa on an unrelated warrant on Thursday, reports CBS affiliate WDJT. Authorities say she is being questioned in Kayden's disappearance but no charges related to the case have been filed.

Police say Marshall and the child's father have been cooperative in the investigation, which is ongoing.

West Branch is about 181 miles southwest of Beloit.